Arsenal scored three goals in the last 15 minutes of the match to beat Stoke City after a woeful match at the Emirates.

It was a case of ‘be careful what you wish for’ in the first half. After a lengthy international break, many Arsenal fans were eager for the return of Premier League football but the first 45 minutes hardly enthraled fans.

Stoke City started on the front foot but after that ten-minute spell, the Gunners saw far more of the ball.

They did not take advantage of it with sloppy passing into negative and ineffective areas before the referee drew a woeful first 45 minutes to a close to a mixture of displeasure and gratitude from everyone in the Emirates.

The clock read 57 minutes when the match had just its second shot on target. Mohamed Elneny and Nacho Monreal were both denied by some smart defending.

The game suddenly kicked into life after the 65th minute. Xherdan Shaqiri hit the inside of the post from a corner before the Gunners countered swiftly. Pierre-Emerick Aubameyang was denied just a few minutes before Calum Chambers squandered a clear opportunity from a corner.

The Gunners eventually got their goal via some influence from the referee. Mesut Ozil broke into the Arsenal box and went down under a challenge from Bruno Martins Indi. It looked a little harsh but Aubameyang stepped up to slide it into the bottom corner.

Aubameyang made it 2-0 just moments later with a well-taken strike before the Gabon international was given an opportunity to grab a hat-trick.

The referee awarded another penalty to the Gunners but, selflessly, Aubameyang opted to give the ball to Alexandre Lacazette who stepped up to make it 3-0 and end his goal drought.

The game petered out after that with a scoreline which certainly flattered the Gunners.

He did okay. David Ospina’s handling was solid and he stopped a couple of decent efforts from Stoke City. Although, he was a little fortunate not to be beaten by Xherdan Shaqiri’s inswinging corner.

Shkodran Mustafi has played better. The German’s long passing was woeful and looked a little shaky when tested defensively. 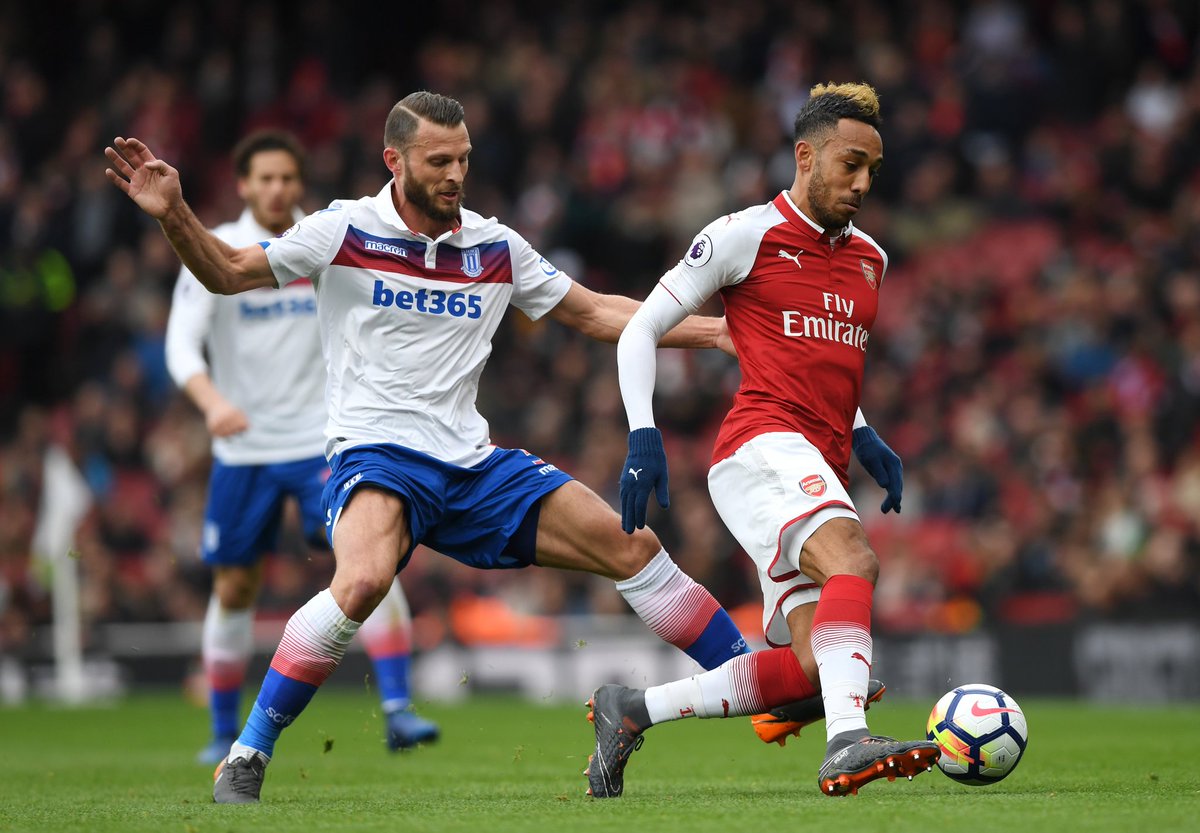 He did okay. Calum Chambers defended reasonably well but squandered a vital opportunity to make it 1-0 from a corner.

He was the best player in the back four. Nacho Monreal was solid at the back and found a lot of space moving forward. Unfortunately, his final product was lacking today.

Mohamed Elneny played fairly well the deep role this afternoon. He kept possession in the middle if a little negatively.

He did reasonably well after coming on.

He did not have the best match of his career. Jack Wilshere wore the armband today but his performance did not match it.

He did well. The Gunners missed Henrikh Mkhitaryan in this match. 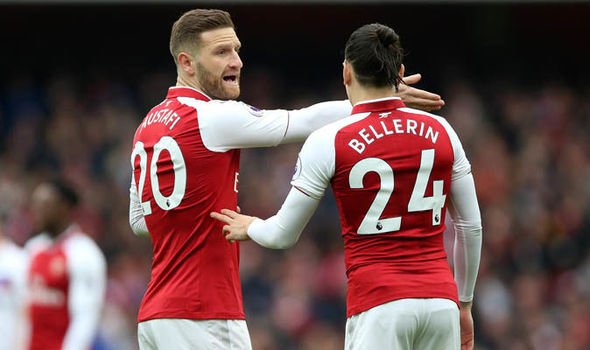 He was one of Arsenal’s better players in the first-half but his performance dropped after the break. Aaron Ramsey just couldn’t seem to get going in this match but worked hard and made some good runs.

A few moments of quality saved Mesut Ozil after what was a relatively poor performance. The German slid a couple of wonderful passes through the Stoke backline but the standard of his performance was fairly low.

He did not play well. Danny Welbeck wasted what little he saw of the ball and was substituted early.

It was nice to see him back on the pitch for Arsenal and he did well considering his lengthy lay-off. Alexandre Laczette grabbed his first goal in several months too. 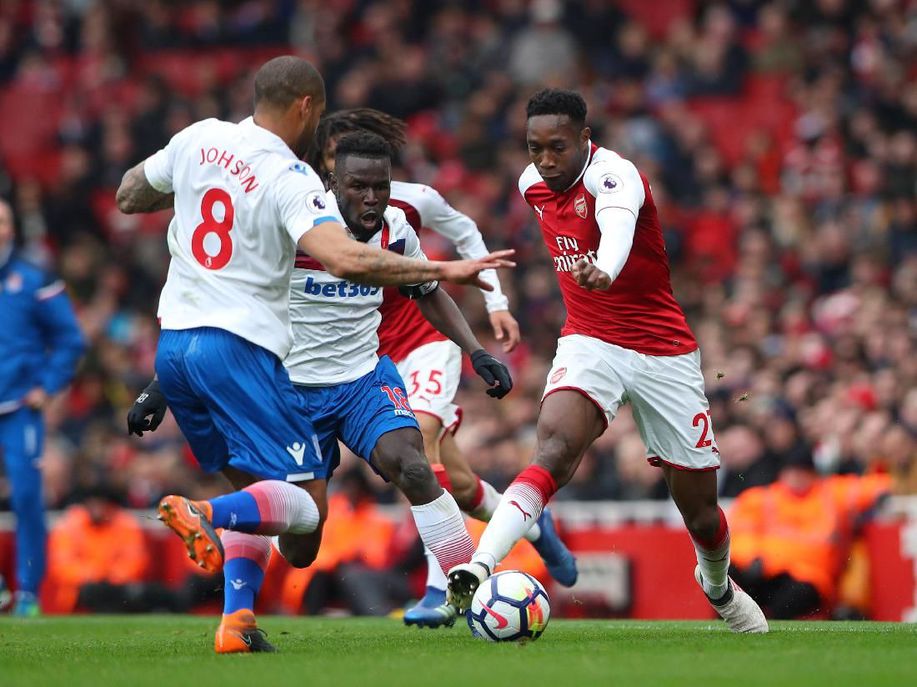 He grabbed the goals which was a relief after what must have been a frustrating match for Pierre-Emerick Aubameyang. The former Dortmund had very little space up front for the Gunners but popped up at the crucial moment. Credit to him for giving the second penalty to Lacazette too.