Arsenal booked their place in the next round of the Carabao Cup after securing a 3-1 victory over Brentford at the Emirates.

The League Cup is rarely a guarantee of high-quality football matches but it’s always a good chance to watch some of the squad players in action for Arsenal. Tonight’s match was certainly more entertaining than some of the League Cup ties in recent seasons and had the added bonus of some squad rotation.

Emile Smith Rowe was the youngest player in Arsenal’s starting lineup but it was another attacker who stepped up early on. Danny Welbeck celebrated his return to the starting lineup when he headed in within the opening five minutes of the match.

The Gunners continued to dominate in the first half. The home side pressed high and zipped the ball across the pitch but weren’t exactly blessed with a great number of opportunities. The second goal did come and again, it came through Danny Welbeck. The Englishman’s second strike was a lot easier than his first after having the ball laid on a plate for him by the impressive Alex Iwobi.

The Gunners upped their dominance after the break and truly controlled the match just after the break. It looked just a matter of time until the third goal came but when it did, it was the visitors who got it. It was midfielder Alan Judge who got it when he whipped a fine free-kick past Bernd Leno in the Arsenal goal.

The Gunners just needed to control the match in the final twenty minutes and they did just that. There was little else in the way of chances for the away side but there were more than a few for the Gunners.

Alexandre Lacazette had already been denied on a couple of occasions when he burst clear in stoppage time. Fortunately for Arsenal, he made no mistake as he put the ball into the bottom corner and set Arsenal into the next round.

It was a good win, here’s how we rate the Arsenal players:

A quiet night for Bernd Leno. He didn’t have a great deal to do with his hands and was fine with his feet.

Another solid performance from Stephan Lichtsteiner. The Swiss international worked hard down Arsenal’s right but his final pass was just lacking in a little quality.

Barring one lapse in concentration in the first half, Shkodran Mustafi played well.

He was fine. Nacho Monreal has played a lot of football lately but put in another good shift this evening.

He played well. Matteo Guendouzi worked hard and moved around the pitch extremely well. The young Frenchman won the ball back well and was especially quick to close down his midfield rivals.

He played fairly well. Mohamed Elneny moved the ball well in midfield and can be fairly pleased with his efforts.

Aaron Ramsey looked sharp after coming off the bench.

Things didn’t quite click for Henrikh Mkhitaryan this evening. The Armenian had some good moments but his final ball was lacking quality.

Lucas Torreira was brought on to sure up the midfield and he did just that.

He played very well this evening and was probably Arsenal’s standout player. Alex Iwobi worked extremely hard and created a number of good opportunities for his teammates. He was sharp all evening and can be pleased with his efforts.

He was okay. Emile Smith Rowe showed some moments of quality but struggled to make an impact on the match for the most part.

Things didn’t quite click for most of Alexandre Lacazette’s evening. The Frenchman’s touch was loose until he burst clear in added time. Lacazette looked composed as he strode clear and made the win safe. 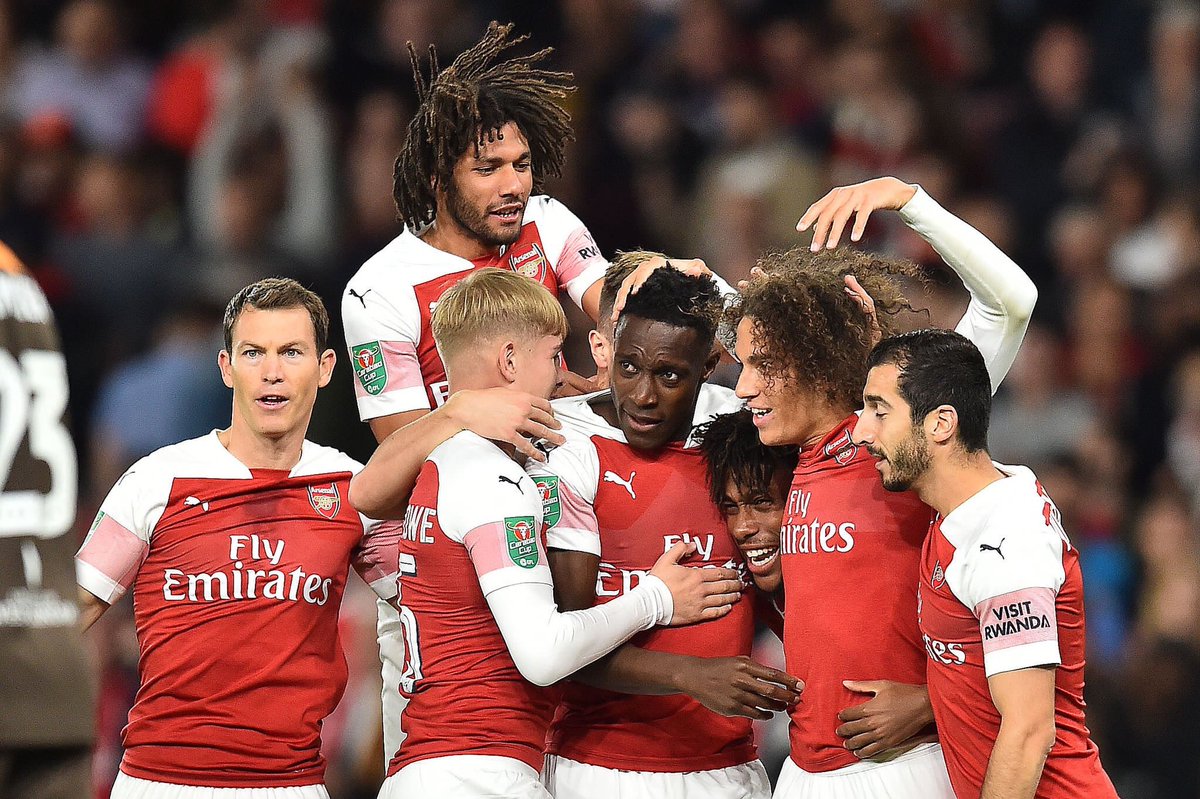 He played well. Danny Welbeck will be relieved to get on the scoresheet not once but twice this evening and is finding a good run of form right now. Let’s hope he can keep the pressure up on the rest of the squad.