Arsenal got back to winning ways after a 3-1 victory over Burnley at the Emirates Stadium.

Arsenal started this match with some new players and an attacking flow which was missing in midweek. The Gunners created two key chances in the opening ten minutes with Ainsley Maitland-Niles, Pierre-Emerick Aubameyang, and Mohamed Elneny all coming close and creating chaos in the Burnley area.

Eventually, the goal did come and it was the returning Mesut Ozil who had a had in it. It was the German’s diagonal through ball which opened Burnley up as Sead Kolasinac found space to cut it back for Aubameyang to break the deadlock.

Bernd Leno was forced into a good save early on before another major talking point during the first half. Sokratis and Ashley Barnes were involved in not one but two first-half brawls with the end result being a booking for both players.

It was a rare situation for Arsenal as they started the second half in the lead but the Gunners actually started off on the back foot. Burnley looked sharp after the break but it opened up a chance for Arsenal to counter.

Sead Kolasinac sprung forward down the left flank and picked out Alexandre Lacazette in the middle. The Frenchman played it through for Aubameyang who took a touch before slamming the ball into the near top corner of Joe Hart’s goal.

The scoreline may have doubled but Burnley’s resolve continued despite the second goal. The visitors pumped the ball into the box and after a defensive mixup, Ashley Barnes was left unmarked to score past Leno.

The Gunners looked a little uneasy after the goal but kept things tight at the back. There was always a feeling that there would be another chance for Arsenal as the visitors pressed forward and thankfully, that was the case.

Mesut Ozil picked up the ball and went on a weaving dribble into the box. His disguised pass took a slight deflection but found an unmarked Alex Iwobi who scored to make the points safe.

Not the busiest afternoon for Bernd Leno. The German wasn’t forced into too many saves by the visitors.

He did well. Ainsley Maitland-Niles was a real attacking force in the first half but seemed to tire as the match went on. He was solid defensively throughout but drifted out of the match. 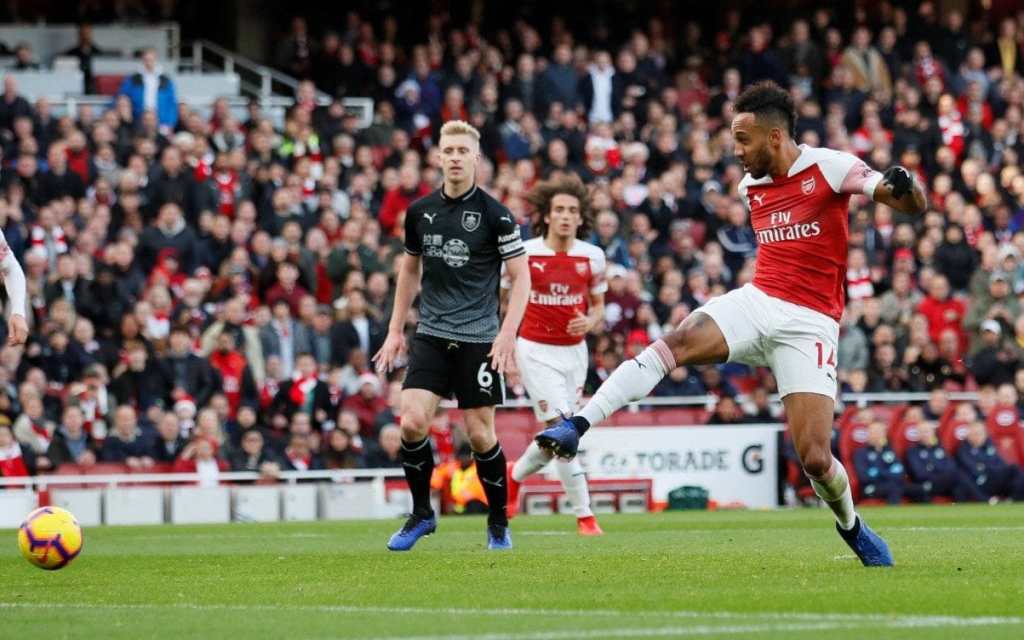 He played well. It was a real battling centre-back performance from Sokratis as he embraced the challenge against Ashley Barnes up front.

He was okay. Nacho Monreal started the match reasonably well but his afternoon was cut short through injury.

He was solid enough. Stephan Lichtsteiner came into the match and covered for Nacho Monreal well.

An excellent performance from Sead Kolasinac. The full-back drove forward extremely well down the left flank and was a constant threat. He had a hand in both of the opening two goals and could have added to that. 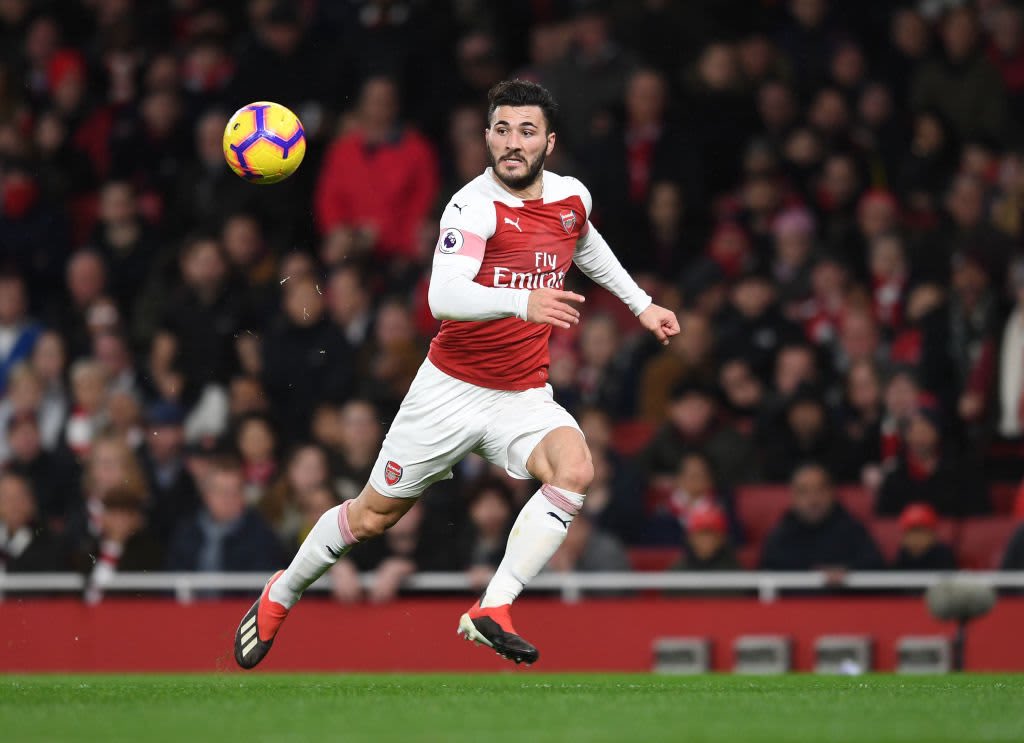 He was okay. Mohamed Elneny moved around the pitch reasonably well in the centre of midfield but offered little moving forward.

Lucas Torreira looked off the pace after entering the pitch and just couldn’t get going. He was caught out of position on numerous occasions and was slow in the tackle. Torreira has reportedly been ill this week but his performance did improve as the match progressed and looked closer to his usual self in the final ten minutes.

He struggled at times today. Matteo Guendouzi just couldn’t get going and lost out in the midfield battle. The Frenchman was a weak link today.

Granit Xhaka was a little unfortunate today. The Swiss captain started the match in midfield and was one of Arsenal’s best players but the injury to Nacho Monreal forced him to drop back into defence. He looked a little uncomfortable in the back three but can’t be too disappointed with his performance.

It was a solid return to the team for Mesut Ozil. The German created the opening goal for the Gunners with a wonderful through ball for Sead Kolasinac. His influence waned after the hour-mark but he still had another moment of quality in stoppage time for the third goal.

Another solid performance from Pierre-Emerick Aubameyang. The forward grabbed the crucial first two goals for the Gunners today to put himself top of the Premier League goalscorers list. 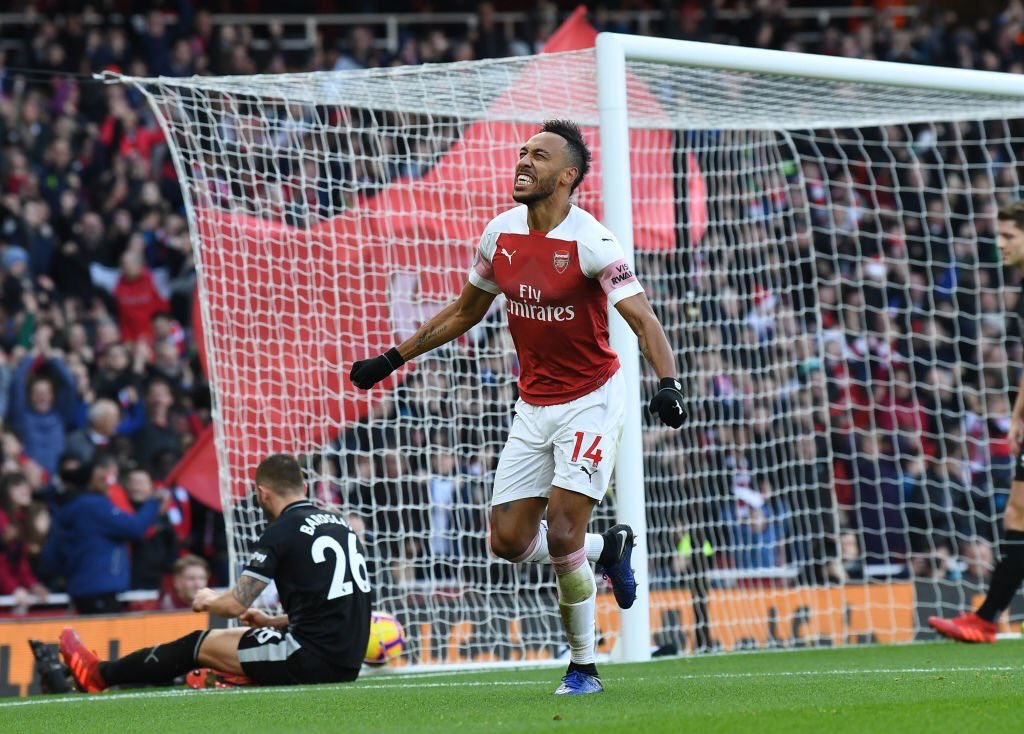 Alexandre Lacazette did well for the Gunners. The Frenchman’s buildup play was solid and he held the ball up so well. The only thing lacking from his performance was some better finishing, the former Lyon man was snatching at his chances.

He started slowly but Alex Iwobi grew into it. The Nigerian attacked reasonably well and took his goal well.