It was an open game at the Emirates from the word go. The Gunners were pushed high up the pitch and somewhat exposed defensively which led to an end-to-end contest.

Arsenal looked the better team early on and even had the ball in the net. Henrikh Mkhitaryan forced a good save from former Arsenal goalkeeper Lukasz Fabianski in the West Ham net. Aaron Ramsey headed in the rebound but, unfortunately, the Welshman was offside.

But the Gunners’ defensive frailties showed. Former Lazio man Felipe Anderson found some space on the edge of the Arsenal box and laid it off for Marko Arnautovic whose powerful low shot found a way past Cech.

It was a case of deja vu for Arsenal but fortunately for them, West Ham are a great deal weaker at the back than either Manchester City or Chelsea. Hector Bellerin found space down Arsenal’s right flank and his deflected cross came all the way to Nacho Monreal at the back post to score.

Unai Emery clearly wasn’t happy with what he had seen and made some changes early. Alexandre Lacazette was brought on at half-time and Lucas Torreira followed ten minutes later as the Gunners began to look more settled.

The midfield was solid and it freed up the likes of Aaron Ramsey to push forward and this more attacking approach led to their second goal. The Welshman’s looped header found Alexandre Lacazette with his back to goal. The Frenchman swivelled and hit a wild shot which, fortunately for the Gunners, took a major deflection off Issa Diop and into the back of the net.

West Ham pressed forward to try and grab an equaliser but fortunately for the Gunners, they visitors couldn’t find a way into the net. With the Hammers exposed at the back, Arsenal pressed forward to kill the game and in added time, Bellerin crossed in for the substitute Danny Welbeck who made it 3-1.

Petr Cech put in a decent performance. The Czech stopper could have perhaps done a little better with West Ham’s goal but he produced some solid saves.

More of the same for Hector Bellerin. He attacked frequently and produced some moments of quality but that left the right flank exposed defensively. When West Ham attacked, there were clear opportunities for them down Bellerin’s side.

A bit of a mixed bag from Shkodran Mustafi. He showed some excellent passing in between the lines but looked exposed defensively.

A decent performance. Sokratis looked solid for the most part.

Nacho Monreal did well. The Spaniard grabbed yet another important goal but his defensive tracking was good.

A strange performance from Granit Xhaka. His ball distribution was excellent but positionally, he was a liability for the Gunners. The Swiss international did look a lot more effective once Lucas Torreira was alongside him. 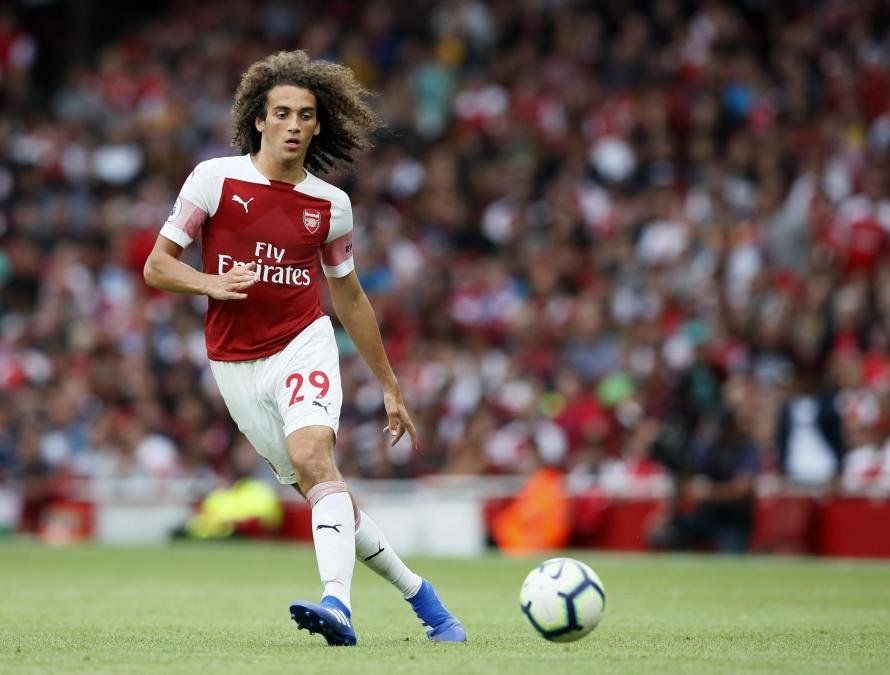 He’s played better. Matteo Guendouzi didn’t have the best afternoon of his brief Arsenal career as he struggled to maintain possession and utilise that impressive range of passing we’ve seen from him this season.

A good cameo from Lucas Torreira. The Gunners looked a lot more comfortable with him in the side.

An anonymous 45 minutes from Alex Iwobi. It’s disappointing. The Nigerian was impressive during the preseason and the first two Premier League matches but failed to deliver today.

A good cameo from Alexandre Lacazette. As he has done all season, the Frenchman lifted the Gunners after being brought on off the bench. A starting spot is needed.

Aaron Ramsey was anonymous in the first half but really grew into this one. The Welshman was on fine form after the break. 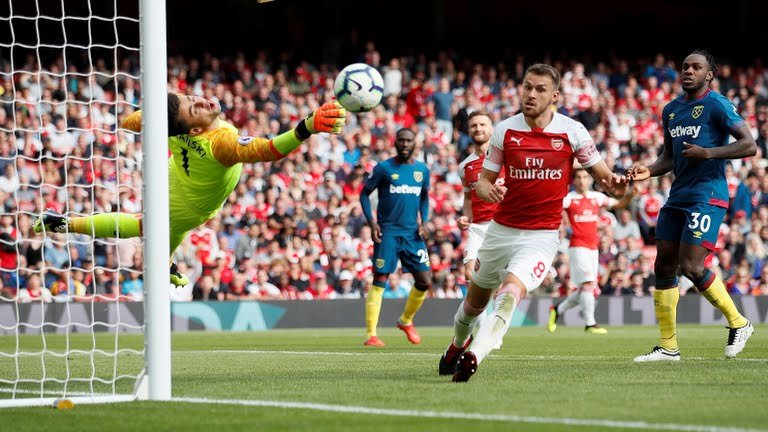 The former Manchester United man will be a little disappointed with his afternoon. Henrikh Mkhitaryan struggled to get into the match for the most part.

It was not Pierre-Emerick Aubameyang’s afternoon. The former Dortmund struggled to make an impact on the match and when he eventually did, he was wasteful in possession.

An impressive cameo from Danny Welbeck. The England international improved the Gunners after being brought on off the bench and could well play a greater role in the team in the coming weeks.