Arsenal came from a goal down to beat Southampton 3-2 in a fiery match at the Emirates Stadium which saw both sides go down to ten men.

There was a sense of disinterest in the Emirates for this Premier League match and that feeling seemingly transferred to the Arsenal players.

The buildup play from the home side was both sloppy and slow and the visitors took advantage. A simple ball in from Arsenal’s left looked an easy one for Shkodran Mustafi to clear. Unfortunately, the German hesitated as Shane Long ghosted in to score.

The Gunners needed to respond and they did just that. The home side started attacking quicker as Pierre-Emerick Aubameyang played a swift one-two with Danny Welbeck before bursting through the Saints defence to equalise.

Danny Welbeck looked in the mood and made it 2-1 less than ten minutes later. Alex Iwobi slid the ball into his path and Welbeck cut in from the left before unleashing a powerful right-footed shot which took a deflection before nestling in the back of the net.

The Gunners closed the first-half out and seemed content to let the clock tick down after the break. Unfortunately for the home team, Southampton were not.

Charlie Austin came on for the visitors and within a few minutes had found space in the six-yard box from a simple cut back to equalise.

Arsenal needed to respond yet again but the chance looked to have slipped through their fingers. Jack Wilshere stretched to reach a deep cross and cut the ball back across the goal for Danny Welbeck. He was on the stretch but managed to sky the ball over the bar from two yards out.

But Welbeck had the last laugh. After some great work on the right, Alex Iwobi curled a ball to the back post and Welbeck was on hand to head home and make it 3-2.

The game looked settled but things weren’t over. In an off the ball challenge, Jack Wilshere almost pulled the shirt off Jack Stephens’ back and the Saints man responded by pushing him to the floor. Stephens was shown a red card and Wilshere just a yellow.

The incident wasn’t over. As Southampton were preparing to take the free kick, Elneny shoved a Saints player and was shown a straight red for it but neither side could take advantage of the red mist and it finished 3-2.

Petr Cech played well. The Czech stopper got in the way of everything he should have and could do very little about either goal.

He did okay. Hector Bellerin was a good option moving forward and swung in a couple of promising crosses but was barely tested defensively.

Gave the ball away almost instantly after coming on but recovered well and caught up with the match.

Another error which led to a goal for Shkodran Mustafi. The German just wasn’t concentrating early on when Shane Long ghosted past him to score.

Calum Chambers had his moments – both good and bad. The Englishman played well in the first-half but will draw criticism for his defensive error in the lead up to Southampton’s second goal. 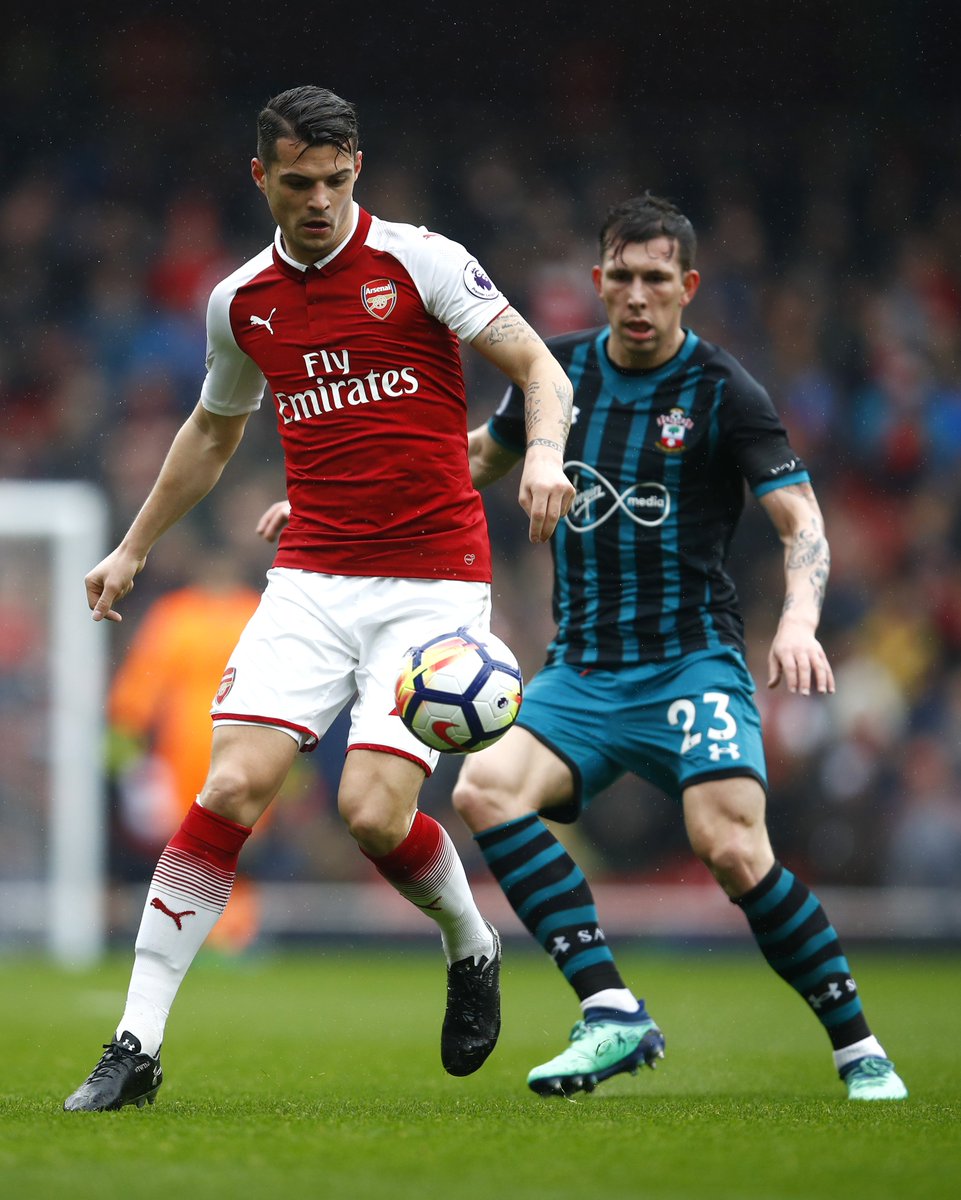 Sead Kolasinac was poor. The Bosnian was hardly a threat in attack despite his constant forays forward. Danny Welbeck and Shkodran Mustafi had to do a lot of work to cover the spaces he left at the back.

He did okay. Mohamed Elneny put in a typically hardworking all-action performance in the centre of the park. Unfortunately, he saw a little too much action in the latter stages with that red card.

Granit Xhaka was fine if a little quiet. 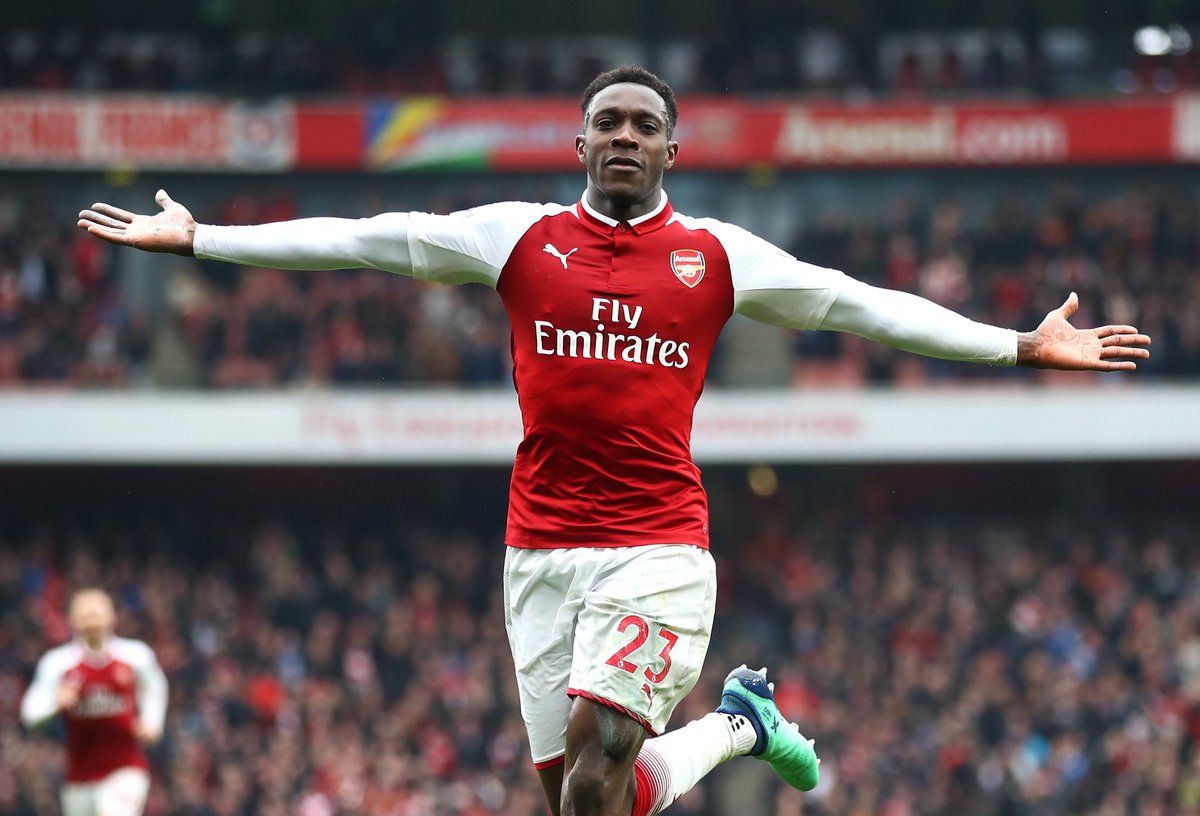 He did okay in his first Premier League start. Reiss Nelson couldn’t quite find the space on the right wing that he did in the Europa League at right wing-back but did okay. The youngster showed some of his inexperience but his touch and passing were good.

A woeful cameo from Jack Wilshere. He couldn’t keep possession and the frustration seemed to get the better of him. He was very lucky not to be sent off.

A fine performance from Alex Iwobi. The Nigerian international put in one of his best performances in some time as he grabbed two assists. His linkup play was good and he’s clearly growing in confidence.

A very good performance from Danny Welbeck. The Englishman grabbed a vital brace and linked up extremely well with Pierre-Emerick Aubameyang. Let’s just ignore his miss with the score at 2-2. 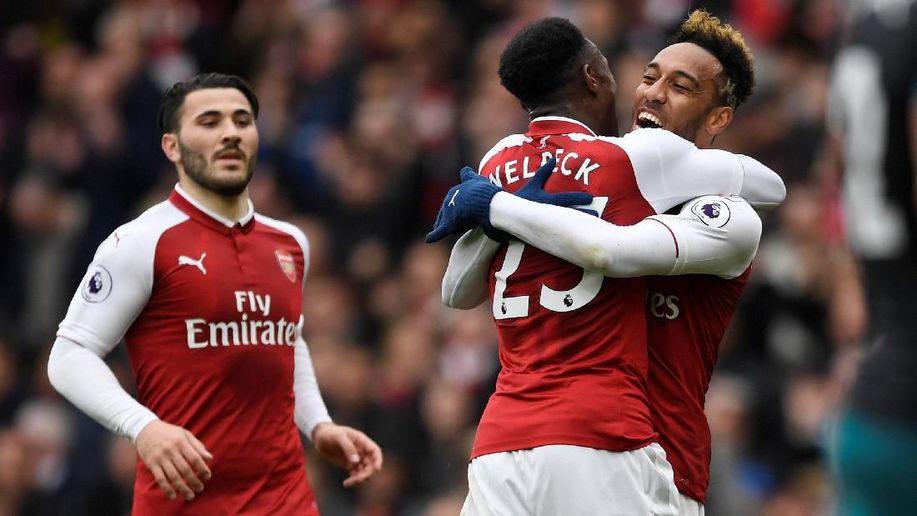 He made the difference in the first-half. Pierre-Emerick Aubameyang’s goal was wonderful and it capped what was an impressive performance.