Arsenal came back from two goals down to secure a 3-3 draw against Liverpool in a wonderfully exciting match at the Emirates.

Liverpool looked the better side during the early exchanges. That midfield kept possession incredibly well despite the visitors losing their captain, Jordan Henderson to an injury early on.

Arsenal were forced well back into their own half for much of the early exchanges and were unable to find an outlet for the long pass. The chances came easy for Liverpool in the first thirty minutes. The Reds were afforded a lot of space out wide and whipped in some wonderful crosses.

Fortunately, Petr Cech was on hand but that wasn’t always the case. Arsenal finally ventured into the Reds’ half but were caught out by a speedy counterattack. Mohamed Salah bombed forward down the Arsenal left and with just Laurent Koscielny for company, whipped in a cross for Philippe Coutinho to head home and make it 1-0.

Arsenal didn’t exactly learn their lessons and there were far more chances for the visitors. Roberto Firmino curled one over before Mohamed Salah and Sadio Mane did their best to mess up a simple chance. Mane elected for an acrobatic strike when he had time shortly before Salah was laid a chance on the edge of the box and only struck thin air.

The second-half began with a changed Arsenal team. Shkodran Mustafi came on for the injured Nacho Monreal and it was the German who was in the wrong place for the next Liverpool goal. Mohamed Salah was given far too much space and left one-on-one with the German centre-back. Salah hit a curling shot which took a deflection off Mustafi and into the far corner.

The writing was on the wall for Arsenal. 2-0 down at home in a match they’ve shown little desire in as the boos rung out at the Emirates. It’s the sort of thing Arsenal fans have seen a dozen times in the last few seasons but this wasn’t like most matches.

Hector Bellerin found some space on a rare venture forward abd whipped in a wonderful ball to the back post where Alexis Sanchez had burst through the Liverpool defence to head home.

Just three minutes later, Granit Xhaka was given an acre of space in the Liverpool half and just elected to hit one from range. It wasn’t the best strike the midfielder has ever hit but Simon Mignolet still couldn’t keep it out as Arsenal tied it up at 2-2.

Two minutes later and the Emirates just about exploded. Alexandre Lacazette picked up the ball with his back to goal and slid a wonderful backheel into the path of Mesut Ozil. The German was forced to a narrow angle but just waited for Mignolet to come out of his area and chipped it over him to make it 3-2.

Petr Cech made a wonderful save just minutes later to keep the Gunners in front but couldn’t quite keep out the next goal. Roberto Firmino hit one from the edge of the area and while Cech got a strong hand to it, it wasn’t enough to tip it over the bar.

The chances continued to flow for both sides in this wonderfully entertaining match but it finished 3-3.

He played very well considering the scoreline. Petr Cech made some important saves early on in the game to keep things civil. The Czech stopper also produced a wonderful stop with the score at 3-2.

A mixed bag from Hector Bellerin. The Spaniard looked totally exposed in the first-half against this Liverpool attack but improved in the second. Bellerin put in a wonderful cross for the first Arsenal goal and was unfortunate not to add another assist later on. 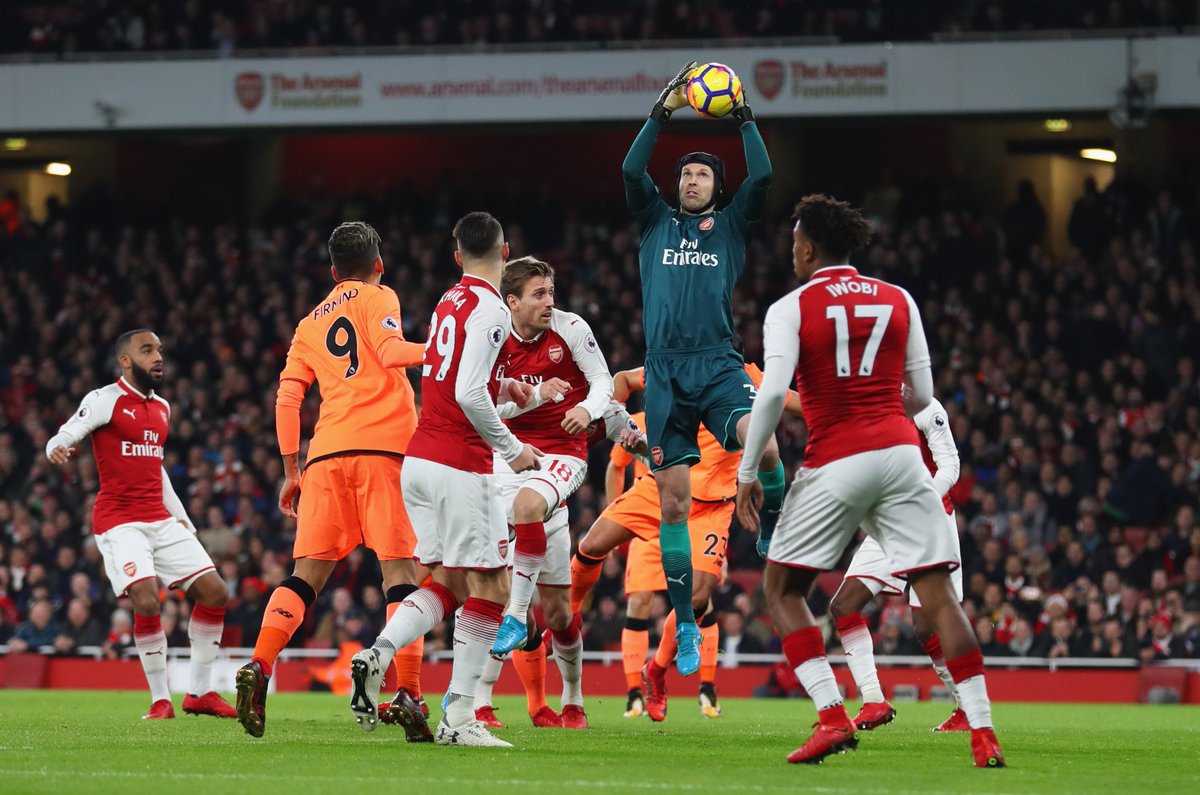 One of the worst performances in some time from Laurent Koscielny. The Frenchman was woeful in parts of this match both with the ball and without it. Koscielny was caught hideously out of position for the third Liverpool goal.

Nacho Monreal did not play well in the first-half. The Spaniard was regularly out of position, could barely complete a pass and just looked hugely uncomfortable until his half-time substitution.

He certainly strengthened the back four. Shkodran Mustafi played the second-half and performed well considering the game he stepped into. 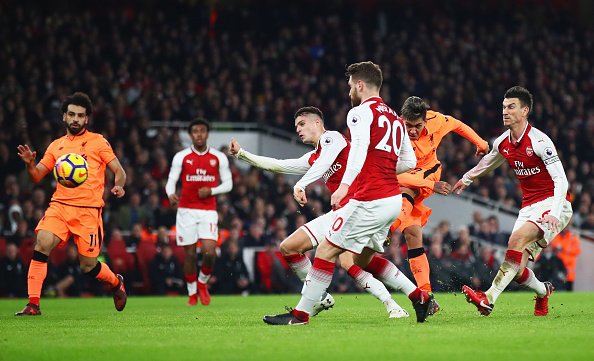 It was always going to be a tough one for Ainsley Maitland-Niles. The youngster was playing against the most lethal winger in the Premier League in Mohamed Salah and actually defended really well against the Egyptian one-on-one.

Unfortunately, it was Maitland-Niles’ positional sense which let him down on the night. He was caught out on a number of occasions whether he was the wrong side of his man or just too high up the pitch. Still, a decent display considering.

His night will probably be remembered for that 35-yard strike which made it 2-2 but Granit Xhaka was dire for much of the night. The Swiss midfielder’s passing was completely erratic as the Arsenal midfield was outclassed by their Liverpool counterparts in the first-half especially. 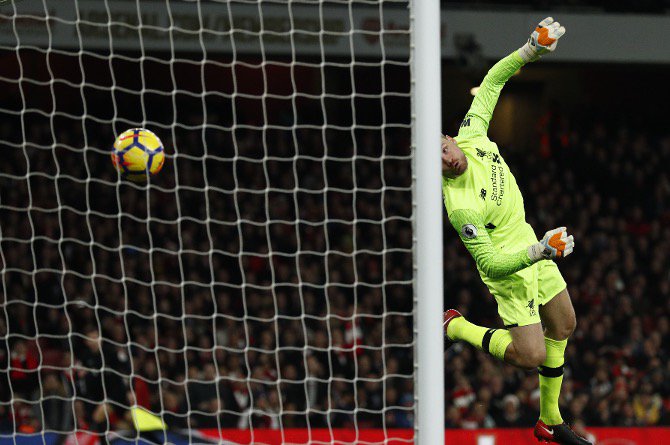 Jack Wilshere had his moments but much like Granit Xhaka, was outclassed by Liverpool for much of the night. The Englishman was far too attacking in the early exchanges but did pick things up once the Gunners were back in the match.

Things didn’t quite click for Alex Iwobi on the night. The Nigerian saw quite a lot of the ball but his final pass just let him down.

Didn’t see a great deal of the ball.

He really grew into this one. Mesut Ozil was forced into dropping deep in the first-half just because how bad Arsenal’s midfield was at keeping the ball. Once the Gunners’ performance level improved, the German was allowed to venture forward and produced a wonderful moment with his goal to make it 3-2.

Alexis Sanchez scored a lovely goal to start the Arsenal fightback but the Chilean was really poor tonight. Sanchez just couldn’t keep possession and popped up in every area of the pitch just to give it away again.

Looked fairly bright but didn’t have enough time to make an impression.

He grew into this match too. Alexandre Lacazette was left incredibly isolated during the first-half but grew into the tie and did tremendously well to set up Mesut Ozil’s goal.