Arsenal got back to winning ways with a 4-1 victory over Fulham at the Emirates.

Arsenal started this match brightly and looked eager to make an impression. The Gunners attacked with a certain flow and posed an early threat. Pierre-Emerick Aubameyang got on the end of an early chance but couldn’t work the goalkeeper.

Despite the bright opening, Arsenal seemed to take their foot off the gas. Fulham few in influence and started to control the match. Their midfield pressed and probed and found a weakness in the middle for Arsenal.

Tom Cairney was one of the visitors’ standout players in this period but it was the youngster Ryan Sessegnon who came closest. Sessegnon got on the end of a couple of excellent opportunities and really should have opened the scoring after being left unmarked by the Gunners’ Sead Kolasinac.

But it was Arsenal who broke the deadlock in the game. Granit Xhaka was playing in a more advanced role than usual so it was a little surprising to see him ghosting into the box in the second half. The Swiss midfielder got on the end of a cross and took a touch before finding the back of the net.

The Gunners very nearly made it 2-0 later in the half. Some great work from Alex Iwobi down the left saw the Nigerian cross the ball into Aubameyang who really should have done better with the chance. Alexandre Lacazette was also lively and came close to doubling his side’s advantage after some good work down the left.

Seemingly unimpressed with what he saw from his team, Unai Emery made a halftime substitution with Lucas Torreira coming on for Shkodran Mustafi. The Gunners also saw a change in shape and it seemed to help with a quick start.

Arsenal looked to make the game safe when Sead Kolasinac burst into the box before laying the ball back for Alexandre Lacazette to make it 2-0. Unfortunately, things wouldn’t be so easy for the Gunners.

Fulham refused to lie down and substitutes Jean Michel Seri and Aboubakar Kamara made an impression on the match. It was the latter who raced onto the end of a cross to make it 2-1 and show the weakness in Arsenal’s backline.

The Gunners adapted with Aaron Ramsey coming on for Alexandre Lacazette in a new-look formation. It was the Welshman who got on the end of Pierre-Emerick Aubameyang’s shot after he smacked the upright. Ramsey had time and found the far top corner with a fine strike.

Aubameyang got the goal he deserved late on. He found space down the right and squeezed the ball past Rico courtesy of a major deflection as the Gunners wrapped up a solid win.

He was fine. Bernd Leno didn’t have a great deal to do this afternoon but was fine throughout.

Ainsley Maitland-Niles was okay down the right. He started the match well and impressed in the back five but looked a little more vulnerable after the formation change. He was caught out of position on a number of occasions which is understandable in an unfamiliar position.

He has improved. This was probably Laurent Koscielny’s best performance for the Gunners since returning from injury and looked solid enough throughout. 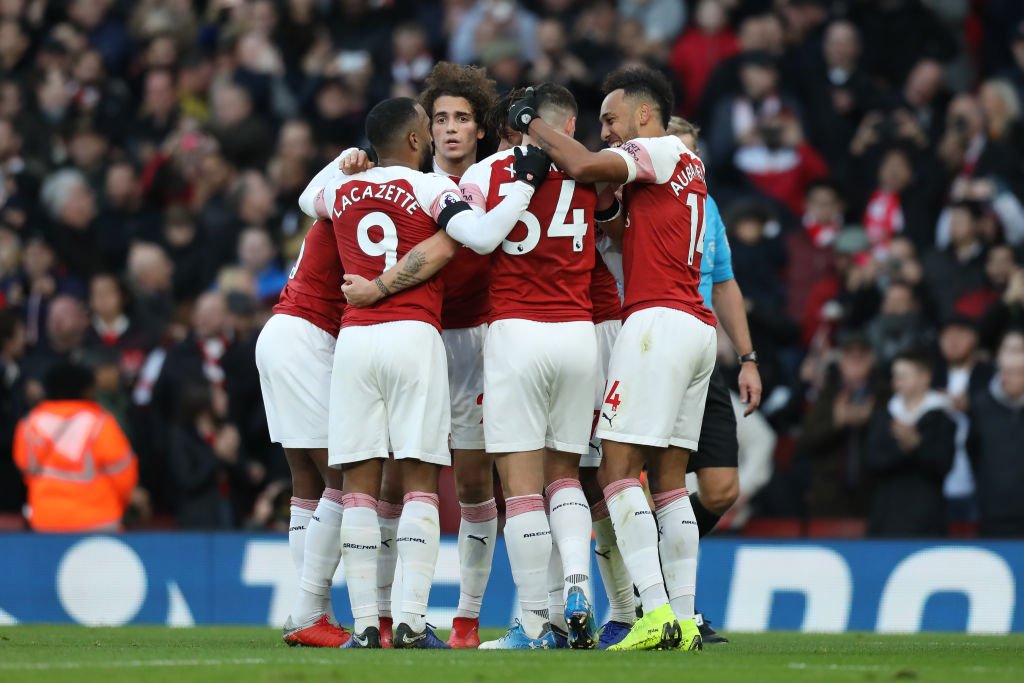 He did well. Sokratis was solid defensively and looked good in possession.

A poor 45 minutes from Shkodran Mustafi. The German was caught out of position on a couple of occasions with a lot of Fulham’s offensive success coming down his side. Despite that, it was Mustafi’s output in possession which truly stood out for all the wrong reasons. He gifted the ball to the opposition on far too many occasions.

He didn’t have the best of cameos. Arsenal looked more settled with Lucas Torreira in the midfield but the Uruguayan didn’t have his best performance. Torreira was a little sloppy in possession and gifted the ball away for Fulham’s goal.

Sead Kolasinac was one of Arsenal’s best players in attack but didn’t help his side defensively. The Bosnian was caught out of position defensively on a number of occasions but this was somewhat understandable given his effectiveness at the other end. He was a constant thorn in the side of this Fulham defence and drove in-field far more often than we are used to seeing.

It wasn’t a great day for the Frenchman. Matteo Guendouzi was poor in the first-half, struggling to make an impact on the match. He improved after the break but it just wasn’t his afternoon. 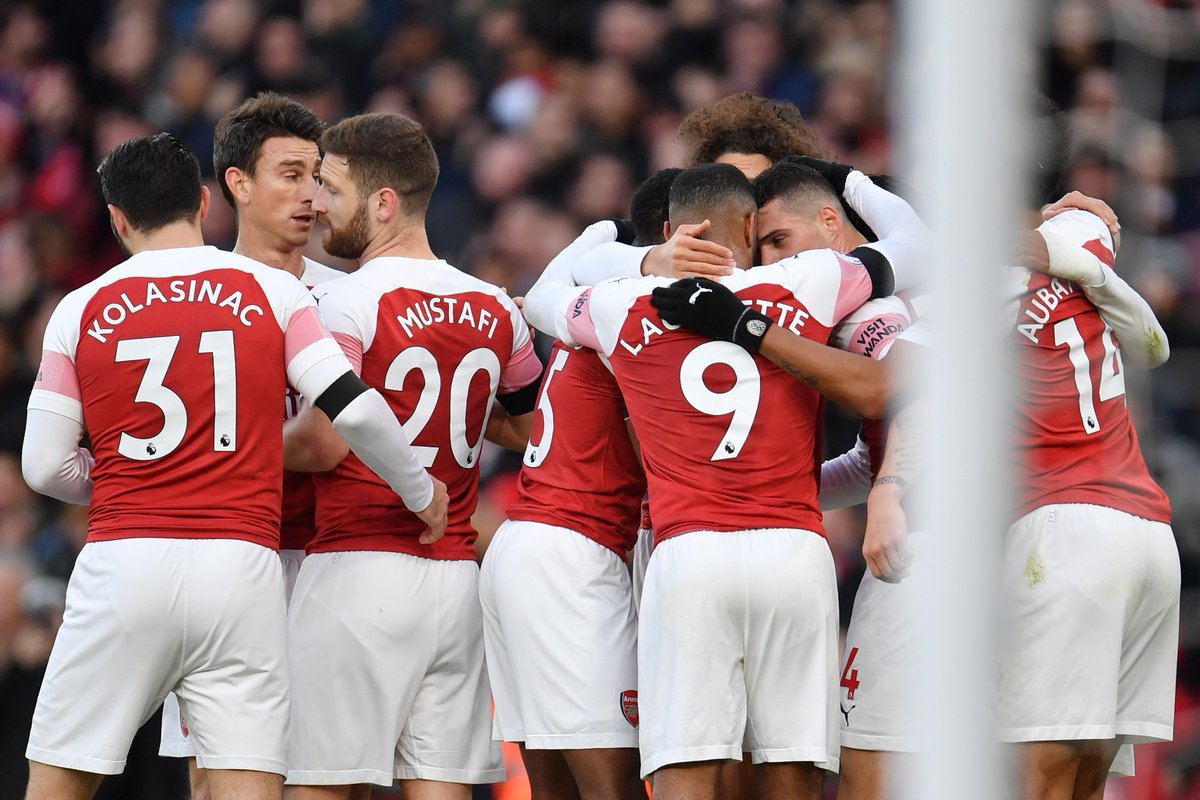 Granit Xhaka did okay. It was something of a new role for the Swiss international in the first half as we see the midfielder in a more advanced position driving forward into the box. It worked well for his goal but he looked far more comfortable after the break when he was played deeper.

A strange afternoon for Alex Iwobi. The Nigerian was one of Arsenal’s most effective players in attack, looking sharp and full of flair. He had some great moments but could have done so much more on the day. His final pass was awful at times

He did well. It was a typical performance from Pierre-Emerick Aubameyang with some excellent play in attack but some missed opportunities. 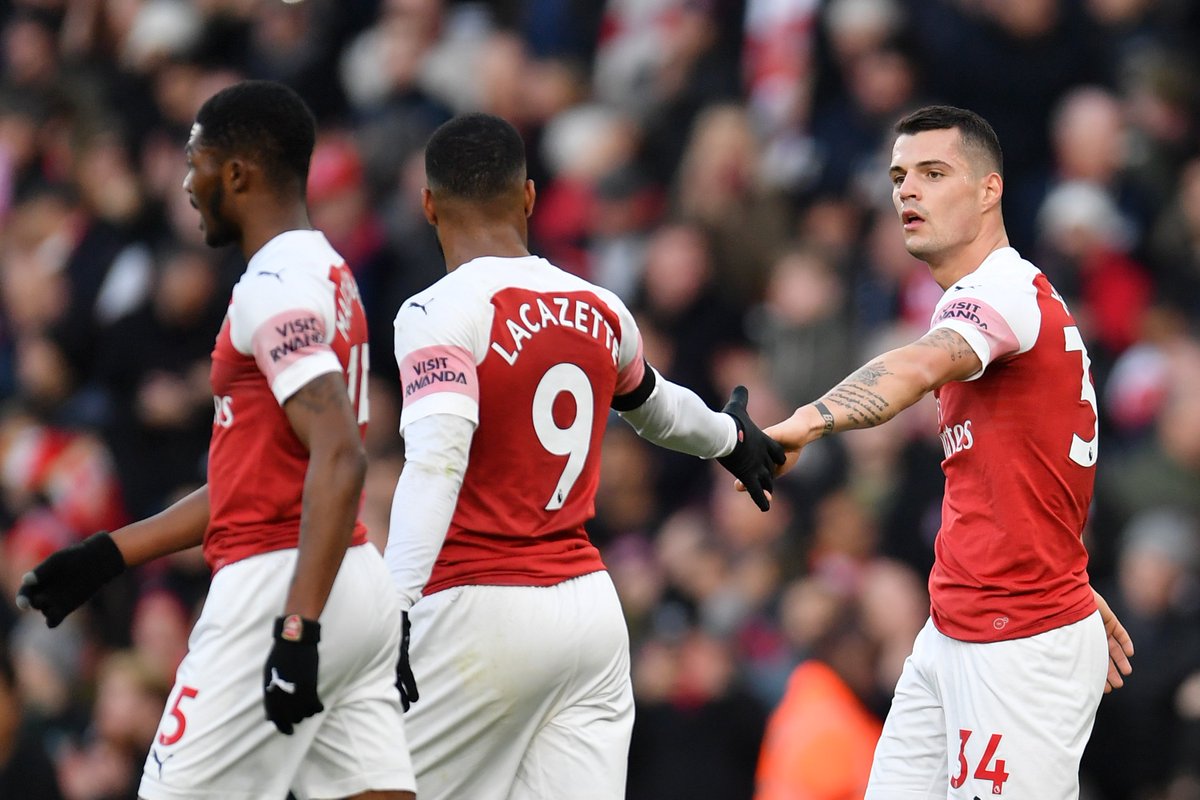 A good return to form for Alexandre Lacazette. The Frenchman was sharp and lively both with and without the ball, linking up well with the rest of the Arsenal attack. He took his goal well and was unfortunate to be substituted.

Aaron Ramsey did well coming off the bench. Perhaps the Welshman should have started in the role utilised by Granit Xhaka.