Four second-half goals were enough for Arsenal as they secured a 4-1 victory over West Ham United at the Emirates.

Anyone who hoped that Arsene Wenger’s announcement would see a sharp upturn in Arsenal’s form would have been sadly mistaken in the first-half. The Gunners were slow, sluggish as West Ham took advantage of some defensive errors to create some early chances.

Fortunately, they came to nothing as Arsenal survived that early scare. Arsene Wenger’s men started to push forward and crafted a couple of openings but neither Danny Welbeck nor Hector Bellerin could convert.

Arsenal were handed a blow just before the break when Mohamed Elneny went down injured. The midfielder was stretchered off the pitch with a suspected ankle strain.

The Gunners came out as the better side after the break and were soon handed their first real opportunity. A corner came in and Nacho Monreal had lost his man but not his head as he measured the volley past Joe Hart.

With the advantage, the home side pressed forward which created spaces at the back. Javier Hernandez was brought on for West Ham United but it was Marko Arnautovic who made the difference. The Austrian midfielder picked up a loose ball before smashing the ball past David Ospina to equalise.

The Gunners needed to respond and that they did. Aaron Ramsey picked up the ball on the left and his inswinging cross somehow evaded everyone and put the Gunners ahead.

Arsenal continued to push forward against this exhausted looking West Ham side and added some gloss. Pierre-Emerick Aubameyang put in a fine performance off the bench and slid the ball into Alexandre Lacazette whose deflected shot found a way past Joe Hart.

David Ospina did okay. The Colombian made a couple of decent stops during the match but probably could have done a little better with the goal.

A pretty quiet afternoon for Hector Bellerin. The Spaniard didn’t have a great deal to do.

He had a tough match. Shkodran Mustafi was seriously tested by Marko Arnautovic all match long and didn’t really stand up to it for the most part. 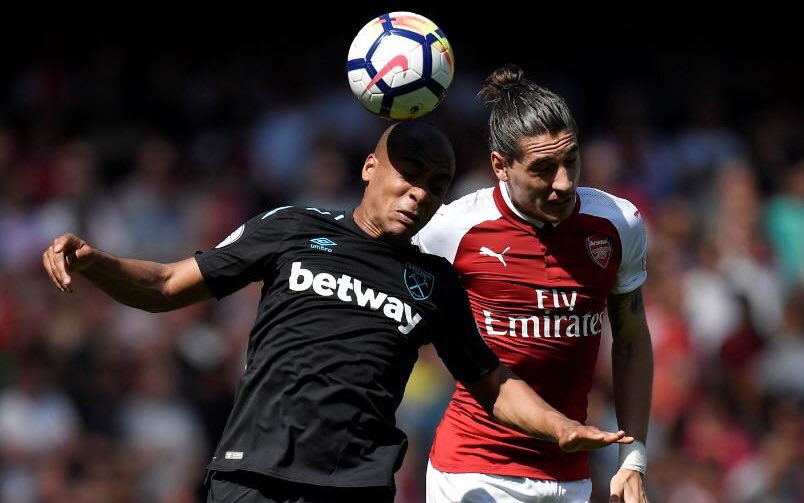 He had his moments. Laurent Koscielny started this one poorly but grew into as the game went on.

Nacho Monreal has popped up with important goals on so many occasions this season and he did it again this afternoon. It was a fine strike from the Spaniard who put in a decent performance.

He played well. Granit Xhaka moved the ball well in midfield and grew into the match as it progressed. 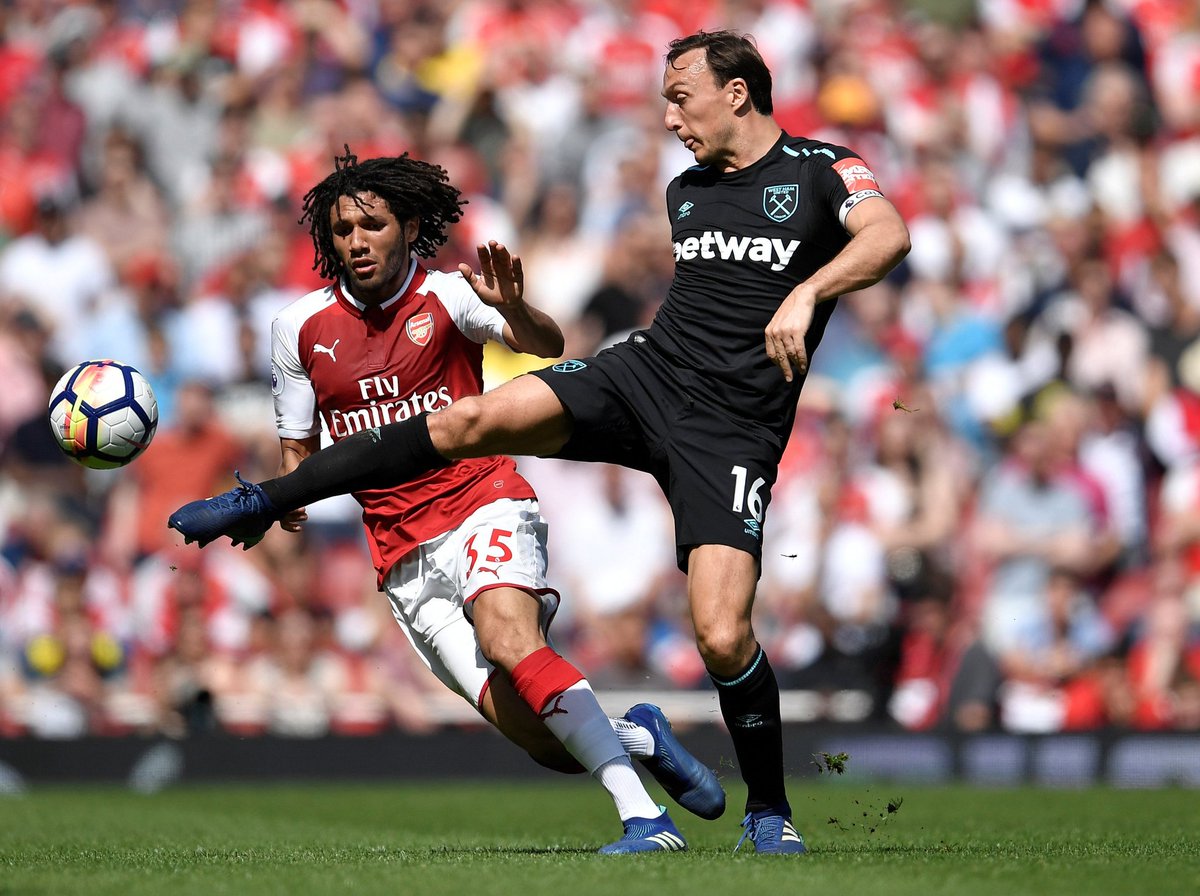 It was a shame to see Mohamed Elneny stretchered off after what was a decent first-half. The Egyptian continued his run of good form today and hopefully, his injury isn’t too serious.

He looked uncharacteristically nervy after coming on as a substitute but Ainsley Maitland-Niles improved as the game progressed.

A bit of a mixed bag from Alex Iwobi. He was woeful in the first half but picked it up after the break. The Nigerian international saw quite a lot of the ball but just couldn’t find that final pass.

Pierre-Emerick Aubameyang made an immediate impact after coming on as a sub. The Gabon international linked up extremely well with the rest of the Arsenal attack.

He did well. After a slow start, Aaron Ramsey became perhaps Arsenal’s best player in the second half. The Welshman grabbed his customary goal and will hopefully take that form into Thursday night.

He was woeful in the first half but fantastic in the second. Danny Welbeck worked hard and showed some great linkup play with the rest of the front three.

Alexandre Lacazette may not have played well at times this afternoon but he grabbed the important goals. The Frenchman really lifted his performance level after Pierre-Emerick Aubameyang came off the bench.