Arsenal ran riot in Arsene Wenger’s final match at the Emirates as the Gunners beat Burnley 5-0.

There was something of an emotional atmosphere amongst a home crowd which was bigger than it has been in many months.

The Gunners fans were in for a pleasing opening as Alex Iwobi slid in Alexandre Lacazette down the right side. The French forward took a touch before driving a low cross to the back post where Pierre-Emerick Aubameyang was waiting to tap in.

Arsenal continued to push forward on in the North London sun and created their fair share of chances. Henrikh Mkhitaryan skied a decent opportunity and some good defending from Burnley closed openings for Sead Kolasinac and Aubameyang.

But Arsenal’s persistence eventually paid off. Alex Iwobi was again at the centre of the move as he slid a ball out wide to Hector Bellerin. The Spaniard’s crossing has often been the subject of criticism but Bellerin put in a fine cut-back for Alexandre Lacazette who did tremendously well to steer home the half-volley.

The home side’s dominance continued after the break and soon made the game safe. Jack Wilshere showed a fantastic change of pace in the centre of midfield to break through Burnley before sliding the ball out wide to Sead Kolasinac. The full-back had space and time as he burst into the penalty area before striking a fine shot past Nick Pope in the Burnley goal.

The Gunners made it four shortly after. Some good work from Aubameyang down the left gave the Gabon international enough time to pick out Alex Iwobi in the box. Iwobi took a touch before hitting a ferocious shot high into the net for a well-deserved goal.

It was five less than ten minutes later as Hector Bellerin and Pierre-Emerick Aybameyang combined to grab the Gabon international’s second of the game.

That was the signal for Arsene Wenger to make a substitution which pleased the home crowd immesely. Per Mertesacker came off the bench and was handed the captain’s armband as he made his final Emirates appearance.

Danny Welbeck smashed the crossbar in the final exchanges as the Gunners secured an impressive win in Wenger’s final Emirates appearance.

Here’s how we rate the Gunners players:

Petr Cech didn’t have a great deal to do today against this toothless Burnley attack.

Hector Bellerin played well. he worked hard and got forward well but it was the quality of his final ball which was most impressive as he bagged two assists.

A solid defensive performance from Calum Chambers. He was composed in possession and quick to defend on the front foot. 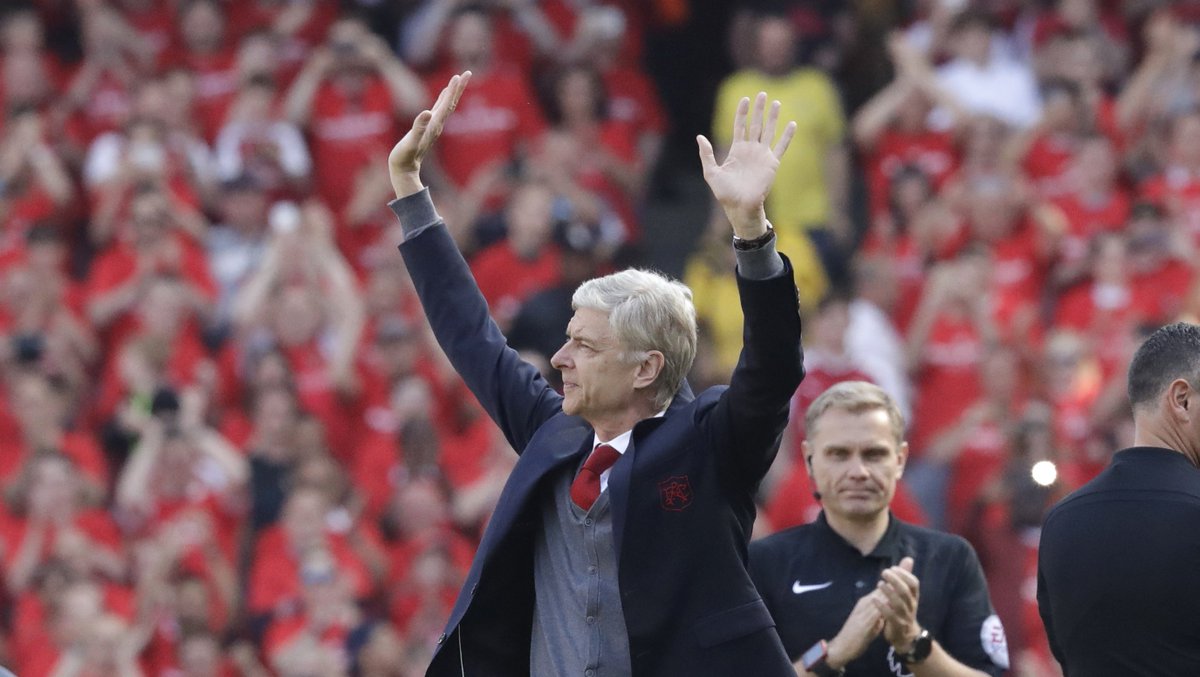 Konstantinos Mavropanos performed well on his Emirates debut. The centre-back was strong and solid on the ball, showing a good range of passing.

It was a game for attacking and Sead Kolasinac rose to the task. The Bosnian was a constant option down the left flank and combined it with a quality final ball. He grabbed an impressive goal too.

Granit Xhaka was solid at the base of the Arsenal midfield. He kept the ball moving and the team ticking on.

A solid performance from Jack Wilshere. The midfielder looks so much more impressive in a deeper midfield role as was proven today. His energy in the centre helped the team immensely.

Tried hard but nothing came off for Aaron Ramsey. 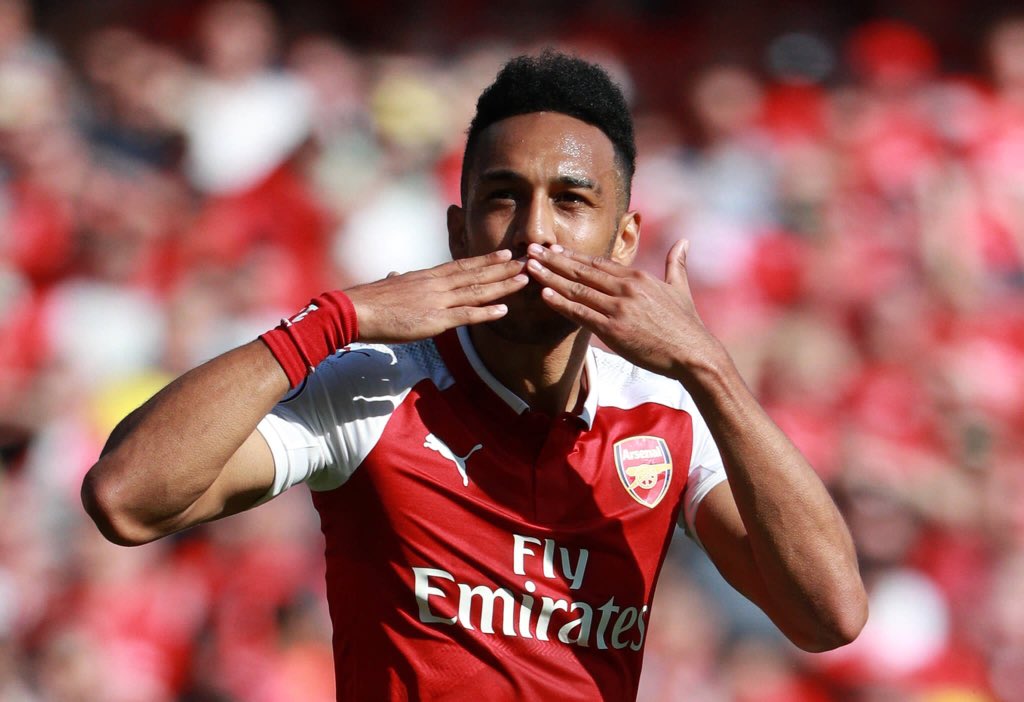 A rusty performance from Henrikh Mkhitaryan. Nothing seemed to go right for the Armenian international on his first match at the Emirates since returning from injury.

Alex Iwobi played well. The Nigerian international started this match slowly but grew into it as he played a major role in both of the first-half goals. It was great to see Iwobi get on the scoresheet too with that wonderful second-half strike.

A hugely entertaining performance from Pierre-Emerick Aubameyang. The Gabon international is so good in front of goal but showed some fine selfless buildup play to match. 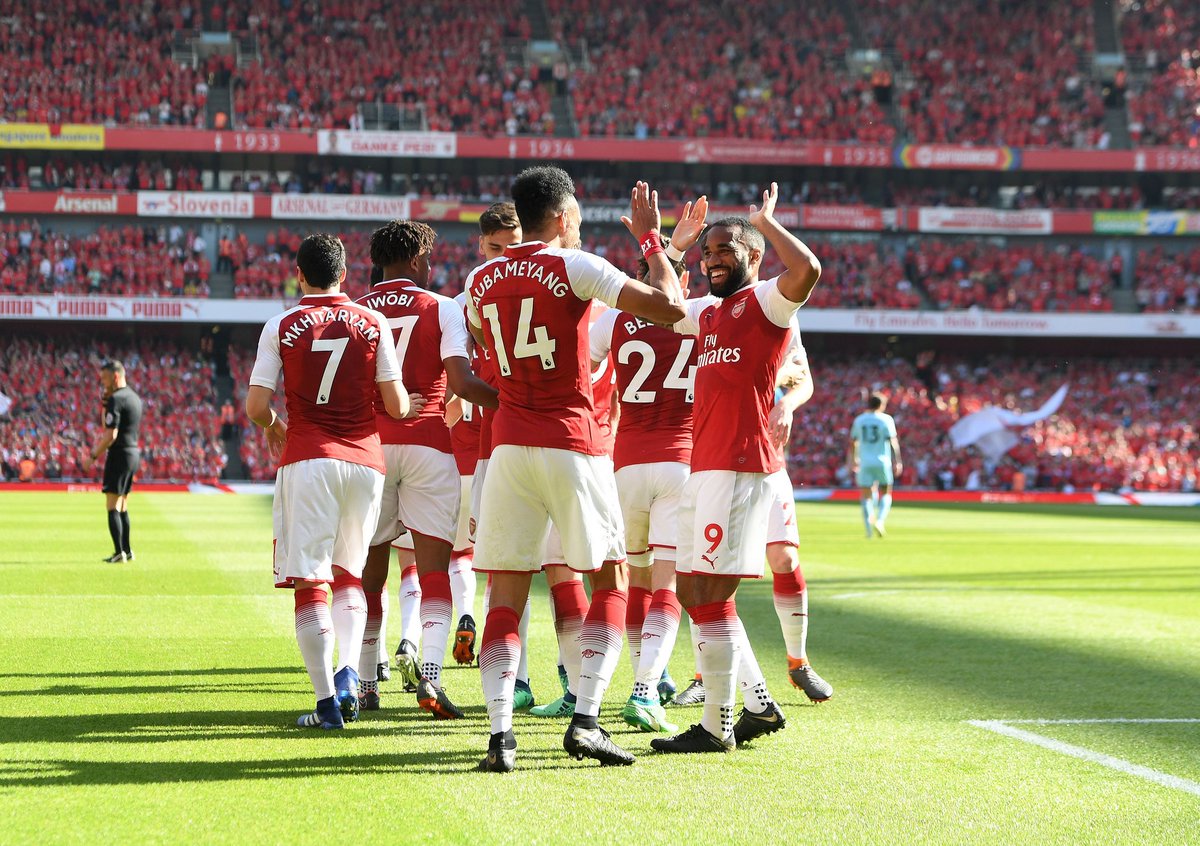 Alexandre Lacazette’s partnership with Pierre-Emerick Aubameyang just continues to shine for Arsenal. The Frenchman grabbed a goal and an assist to cap a fine performance.

Came close with a fantastic effort and looked lively.