Aaron Ramsey grabbed a hat-trick and Pierre-Emerick Aubameyang scored his first Arsenal goal as the Gunners beat Everton 5-1 at the Emirates.

Arsene Wenger started both of his two new signings in this Premier League clash and both got off to a good start. Pierre-Emerick Aubameyang received a fizzed pass on the edge of the box and with his back to goal. He played it in first time to his one-time Dortmund teammate, Henrikh Mkhitaryan on the right who squared it to Aaron Ramsey to score inside seven minutes.

The Gunners looked to gain confidence and within minutes they grabbed a second. A simple front post corner found Shkodran Mustafi’s head and the German’s deep header fell straight into the path of Laurent Koscielny to score.

The Gunners were in free flow and pushed forward yet again. The ball was laid off for Aaron Ramsey to hit one from range and the Welshman’s strike took a major deflection off Eliaquim Mangala and into the back of the net to make it 3-0 within 20 minutes.

It was strange to see Theo Walcott in another colour at the Emirates but he almost reminded the Arsenal fans what he can do. He burst through the Arsenal defence and would’ve made it 3-1 but for a heroic block from Shkodran Mustafi.

The Gunners continued to push forward against a hugely unimpressive Everton team. With the score already at 3-0, the only thing missing was a debut goal for Pierre-Emerick Aubameyang. Arsenal fans didn’t have to wait long as Mkhitaryan played the ball through and the Gabon international nonchalantly chipped it over Jordan Pickford in the Everton goal. A fine debut strike.

Everton looked a different team after the half-time break. They attacked well and came close to ruining Arsenal’s clean sheet when Oumar Niasse hit the post with an effort on the stretch.

Everton did get their goal. Cuco Martina teed the ball up to the back post and the substitute, Dominic Calvert-Lewin climbed highest to head home.

Petr Cech was substituted shortly after but Arsenal weren’t finished yet. The impressive Henrikh Mkhitaryan cut the ball back for Aaron Ramsey who steered it home to grab the first hat-trick of his career. It was well deserved for the Welshman who was at the centre of an exciting Gunners performance.

He was fine. Petr Cech didn’t need to be on the pitch in the first-half but he made some decent stops when put under pressure after the break.

Hector Bellerin had a decent performance. The Spaniard probably could’ve attacked a little more than he did but was usually an outlet out wide. 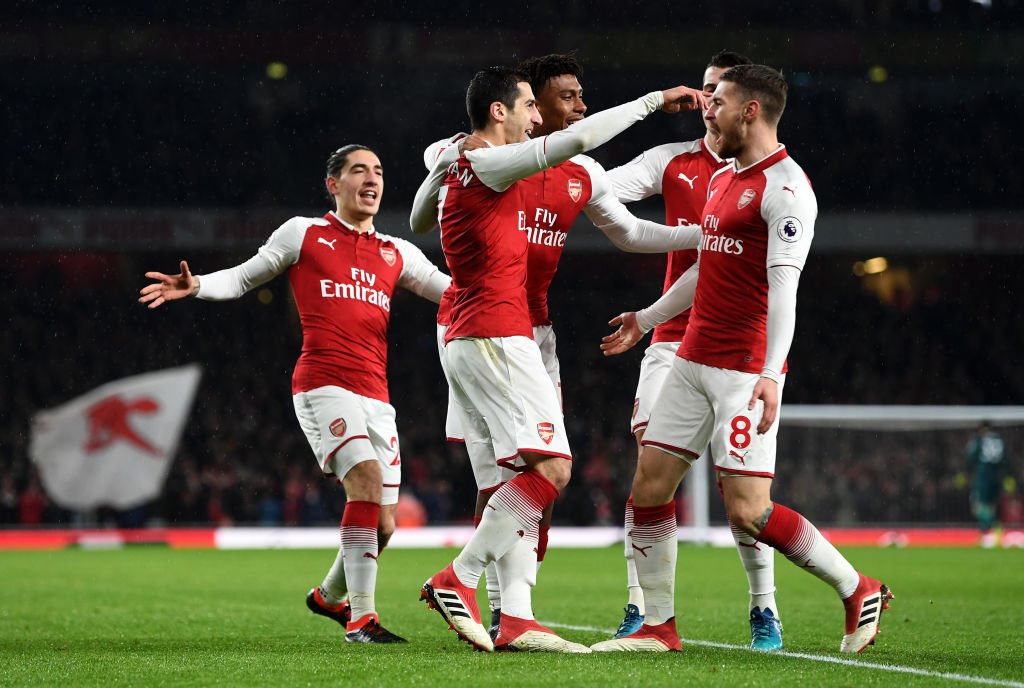 He’s proving out to be a hugely inconsistent player but Shkodran Mustafi was exceptional after his woeful performance in midweek. The German set up the second goal and his tackle to stop Theo Walcott from scoring against his former club was vital.

Laurent Koscielny grabbed a goal to cap what was a comfortable performance. The Frenchman didn’t have a great deal to do defensively but performed well.

Nacho Monreal was unfortunate not to get yet another goal on the night but he can be reasonably pleased with his 45 minutes. Hopefully, his injury isn’t too bad.

He was okay. Sead Kolasinac didn’t look too out of place at left-back but was perhaps a little more negligent defensively than Nacho Monreal would have been. 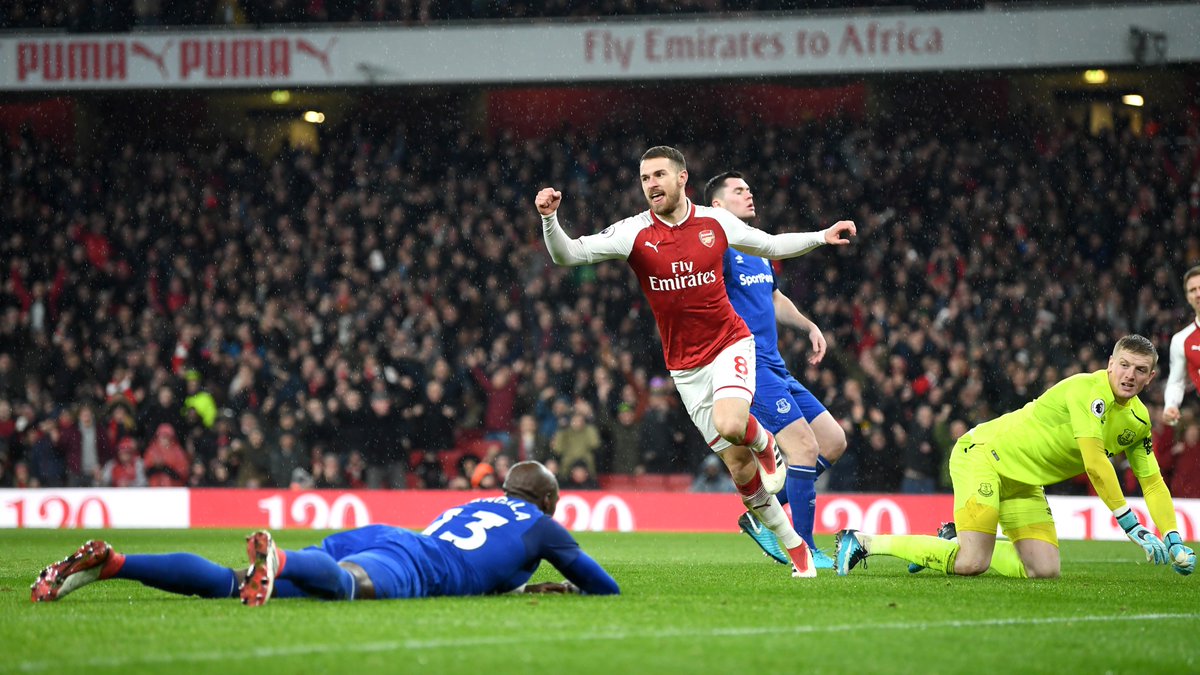 He did okay. Granit Xhaka played extremely well in the first-half but was caught a little too high up the field in the second.

Aaron Ramsey put in a fine performance, particularly in the opening 30 minutes. The Welshman’s late runs went completely unspotted by the Everton midfield as he grabbed the first hat-trick of his career.

Pierre-Emerick Aubameyang will take the plaudits for his debut but the Armenian was even better. Henrikh Mkhitaryan put in a fine performance in his first Arsenal match at the Emirates. 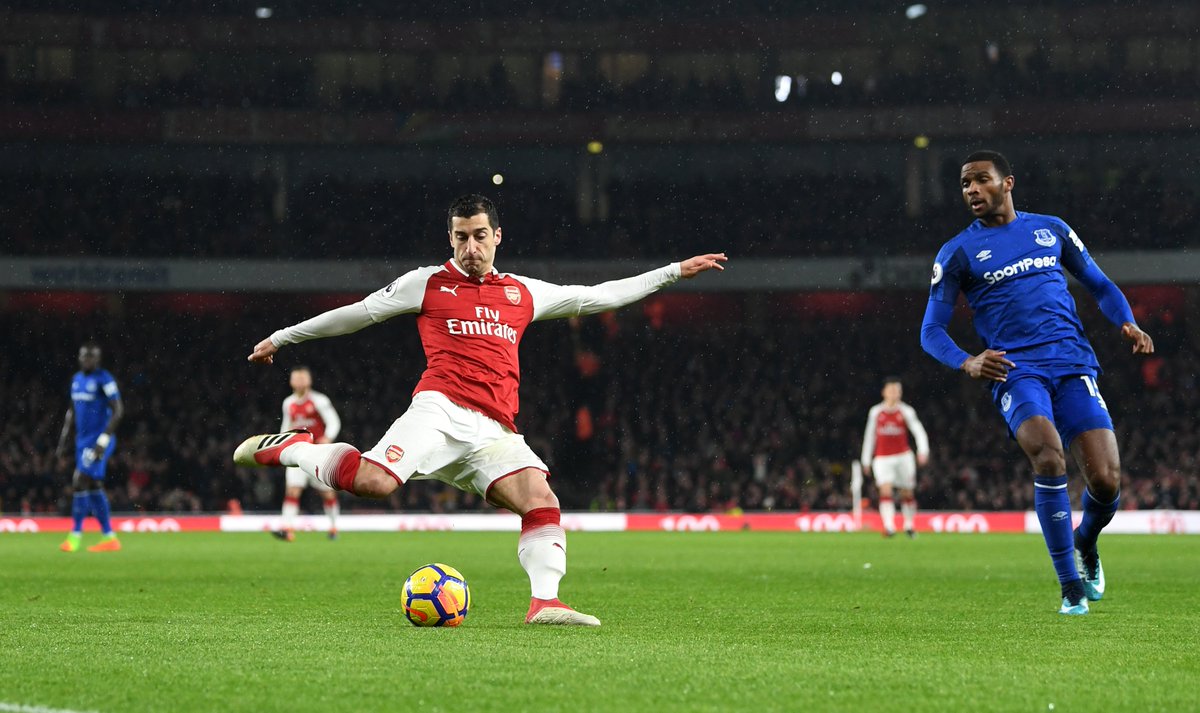 Alex Iwobi played well. The Nigerian was tidy in possession and covered the space well for the rest of his teammates.

An excellent performance from Mesut Ozil. The German just becomes a better player when there are quality teammates around him. Fantastic to watch.

What an impressive debut from Pierre-Emerick Aubameyang. The Gabon international’s movement was impressive and he grabbed his first goal in his first match at the Emirates. He looks full of confidence already. 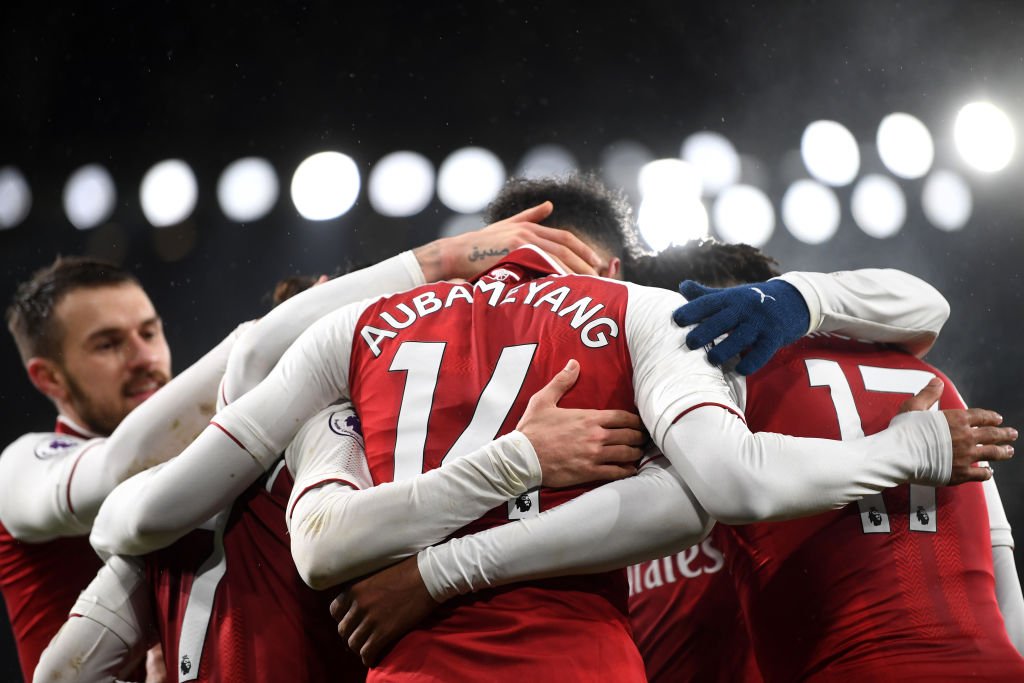