Arsenal beat Unai Emery’s former side Paris Saint-Germain 5-1 in the final match of their Singapore tour.

Arsenal started this, the final match of their Singapore tour in good form. The Gunners pressed high but came up against an impressive young PSG side.

Mesut Ozil was making his first start of pre-season for the Gunners and it didn’t take him long to make an impression. Pierre-Emerick Aubameyang broke down the left flank and cut a fine pass across the box for the onrushing German to score.

The Gunners continued to push forward. Aubameyang himself came close to doubling the advantage before veteran Italian goalkeeper Gianluigi Buffon pulled off a couple of fine saves to deny Alex Iwobi and Henrikh Mkhitaryan.

The changes inevitably came for Arsenal in the second-half but unlike against Atletico Madrid, they didn’t let them disrupt the style of play.

Arsenal continued to press forward and really attacked the PSG backline but were left a little exposed at the back. Fresh off 150 minutes of football in pre-season, a tired Sead Kolasinac slid in and conceded a penalty just before the hour mark. Christopher Nkunku stepped up to score.

The Gunners pressed forward in search of another goal and it came courtesy of a couple of substitutes. Emile Smith Rowe whipped in a ball for Alexandre Lacazette to head in at the back post.

Lacazette didn’t have to wait long for another chance at goal. Aaron Ramsey’s looped header found the Frenchman in a good position. He headed off the post but Eddie Nketiah was on-hand to tap in.

The Gunners ran riot in the later stages of the match. Rob Holding headed in from 18 yards before Eddie Nketiah raced through to add a fifth goal in the final stages.

Bernd Leno played well. The German made a couple of solid saves and was reliable in possession.

Made one good save of note and can be pleased.

Hector Bellerin was fine. The Spaniard moved the ball well but was caught out defensively a couple of times.

Sokratis was okay. He too was caught out a couple of times defensively.

He defended well and capped a cameo with a wonderful looping header.

Shkodran Mustafi played well at the back. The German was solid defensively and linked up play well.

He was fine. Sead Kolasinac tired as the match progressed which was signified with that lazy tackle for the penalty.

He was fine. Mohamed Elneny didn’t quite look up to match sharpness which was understandable in his first match.

He looked to make an impact when coming on as a sub but things didn’t really work out as he wanted.

Another composed and offensively sound performance from Matteo Guendouzi. The 19-year-old can be delighted with his Singapore tour.

Henrikh Mkhitaryan grew into it. The Armenian started slowly but improved as time went on. He was very unfortunate not to grab a first-half goal too.

The German can be pleased with his comeback performance. Mesut Ozil capped a solid hour with the opening goal.

The youngster made another major impact on the match. He put in a fine pass for the second Gunners goal. 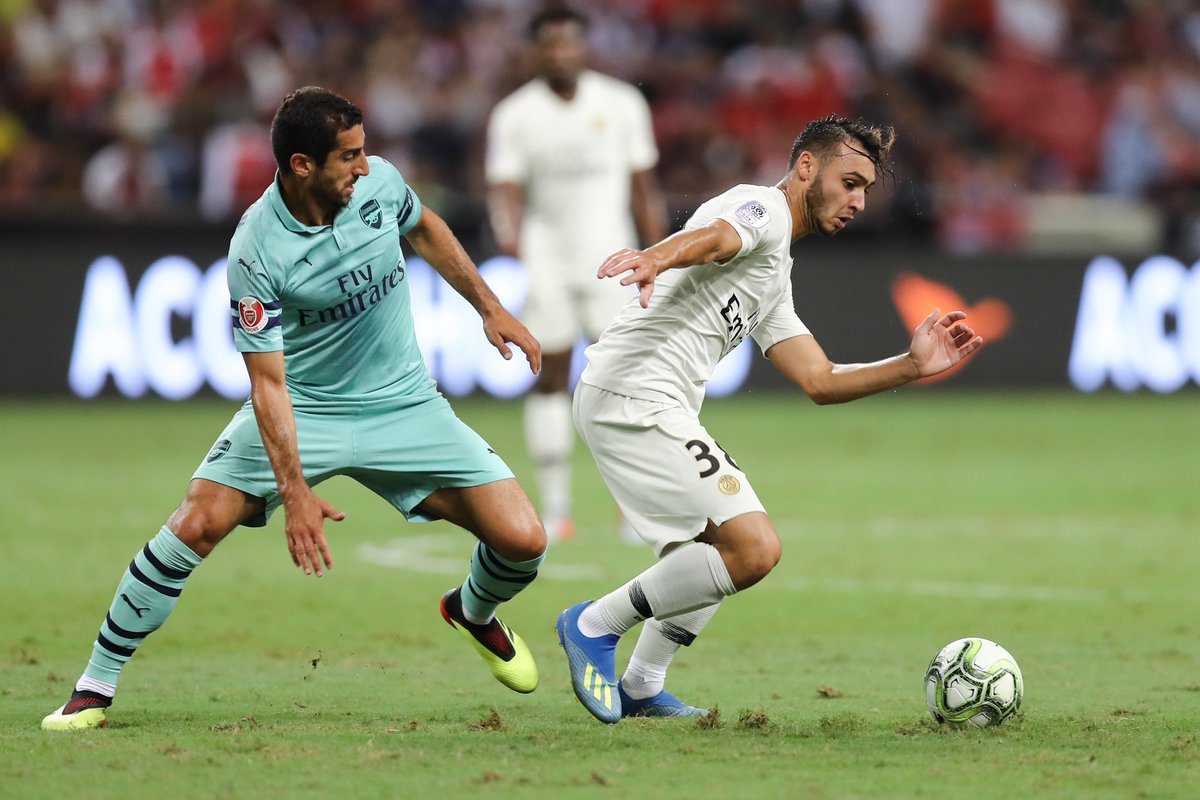 Alex Iwobi looked sharp on the left flank. The Nigerian was playing his first match back but put in some dangerous crosses.

He claimed two goals but in reality, he didn’t technically score either. Still, Alexandre Lacazette looked sharp and made an impact after coming on.

It was nice to see Pierre-Emerick Aubameyang playing through the middle rather than out wide. The Gabonese forward looked sharp and threatened Gigi Buffon in the PSG goal.

An impressive cameo from Eddie Nketiah. He grabbed a couple of goals to put the match beyond doubt.