Arsenal reached the quarter-finals of the Europa League after a 3-1 win over AC Milan at the Emirates.

This huge night for Arsene Wenger and Arsenal got off to a shaky start. Milan started on the front foot and created a couple of opportunities in the early exchanges but after they went untaken, things steadied off.

It was a relatively open match but one which lacked in clear cut chances for both sides. That’s how things stayed for the first half hour before the game got its opening goal.

Hakan Calhanoglu picked up some space 30 yards out before turning and unleashing a powerful shot straight back David Ospina and into the far corner of the goal.

The Gunners were on thin ice but fortunately, responded well. Arsenal attacked straight back and Danny Welbeck found some space in the Milan box.

Fresh off his call-up to the national team, the Englishman went down in the box and the referee pointed straight to the spot. From the replays, it was clear that contact was minimal and Welbeck went down easy but the forward stepped up to score the spot kick he won.

Arsenal seemed to shut up shop in the second-half. Jack Wilshere dropped a little deeper into a midfield three. Milan crafted more than their fair share of opportunities in the second-half but failed to really challenge David Ospina in the Arsenal goal.

There was a feeling that the next goal was key and, fortunately, it came for the home side. Granit Xhaka hit a speculative shot from range and the impressive Gigi Donnarumma fumbled in the Milan goal as the ball span into the back of the net.

The Gunners made the tie safe late on after some good work from Jack Wilshere down the right. The Eglishman chipped it to the far post and after Aaron Ramsey’s header was blocked, Welbeck eased it in to make it 3-1 and secure the Gunners’ passage into the next round.

He looked a little shaky. David Ospina didn’t really convince with the numerous chances which Milan created. He probably should’ve done a little better with the goal too.

Another solid night for Shkodran Mustafi. After weeks of embarrassing performances in an Arsenal shirt, Mustafi has had an impressive week. 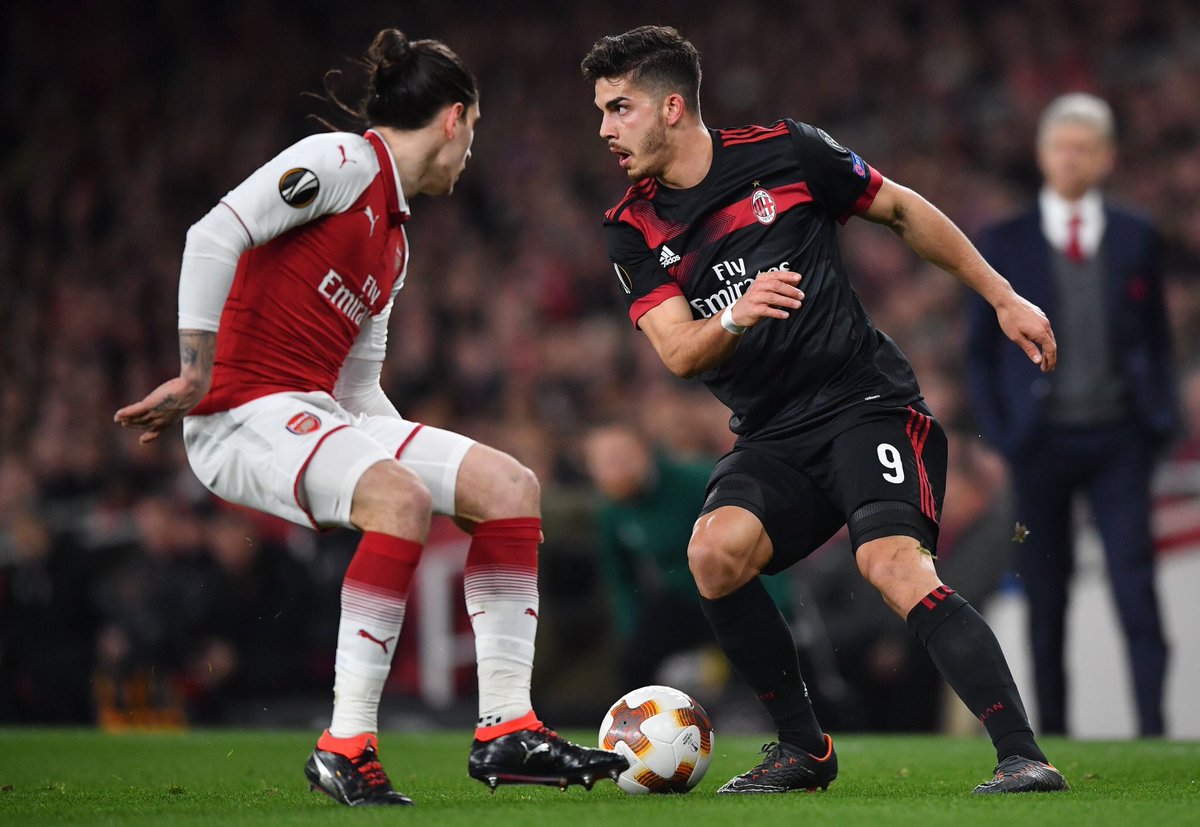 Shame to see him go off but it’s at a good time for Arsenal.

Calum Chambers did well. He would not have expected to come on this evening but that didn’t affect his night. Solid defensively and impressive on the ball.

Nacho Monreal looked a little rusty in the early stages this evening but he grew into the match. 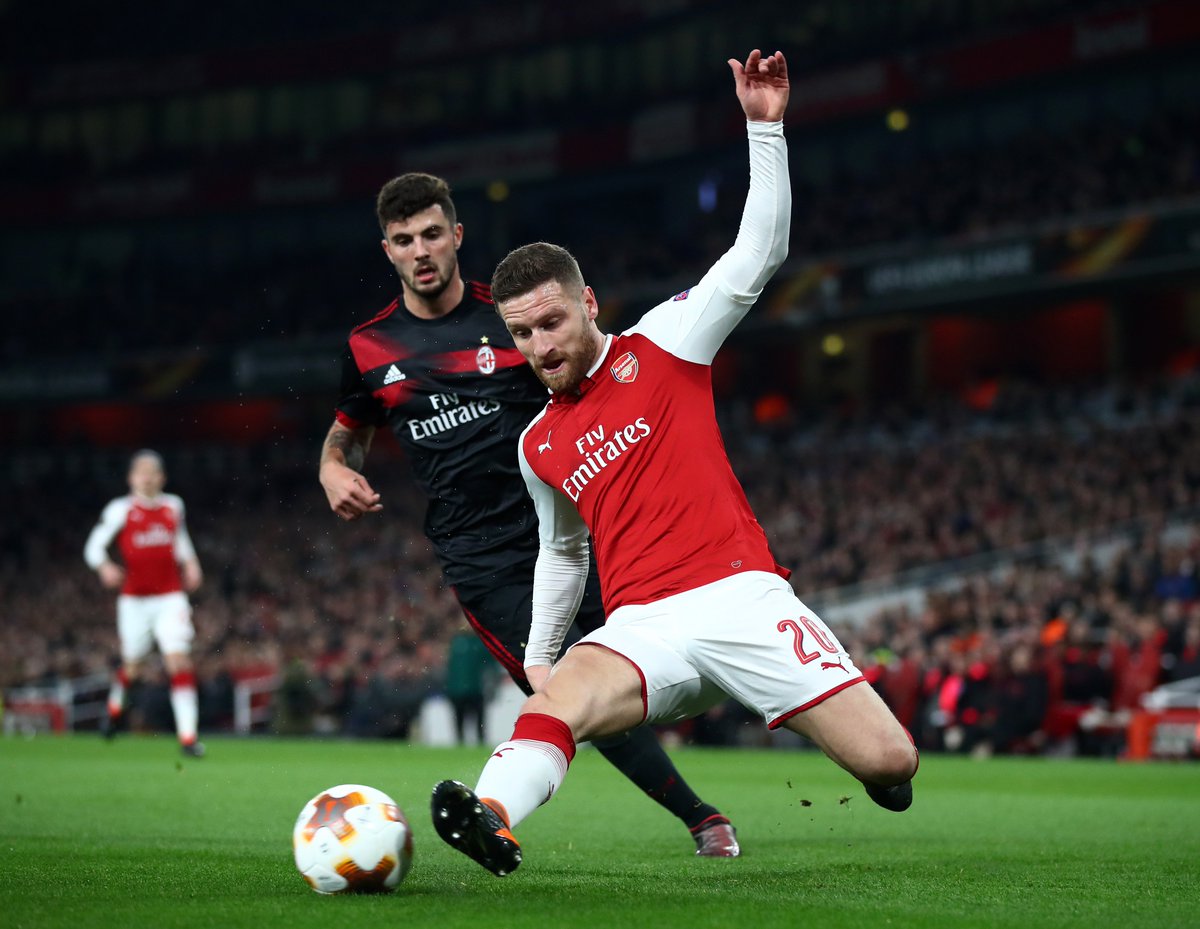 He did okay. The final ball was all that was missing from Aaron Ramsey’s performance this evening as he got into all the right positions but failed to make Milan pay for it.

Granit Xhaka was impressive again this evening. The Swiss midfielder is another player who has had an impressive week in an Arsenal shirt as he controlled the midfield.

Henrikh Mkhitaryan wasn’t quite as effective as he was in the first leg but he still put in a good performance this evening. The Armenian worked hard and looked 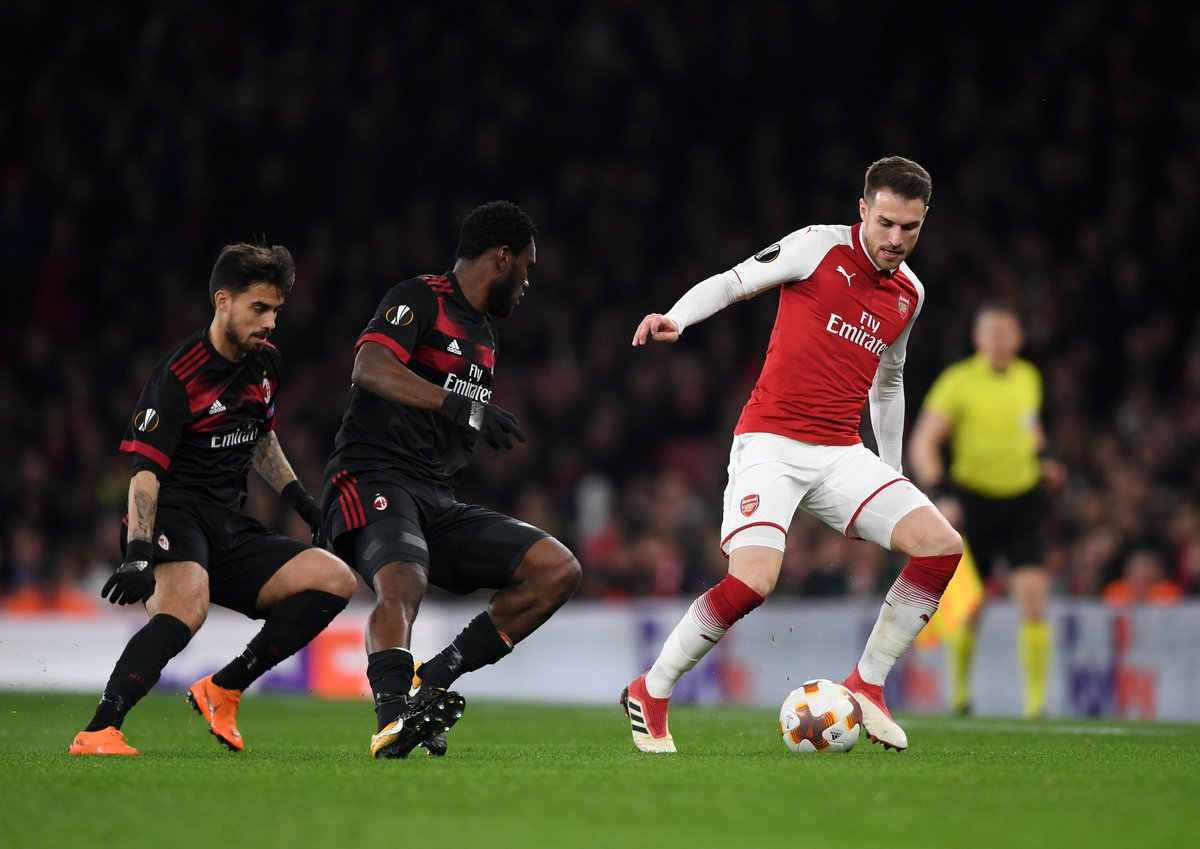 Jack Wilshere was a little quiet in the first-half but can be pleased with his night. The Englishman started the match further forward but really started impressing from a deeper position. He did well in the second-half.

A fine performance from Mesut Ozil. The German was the best player on the pitch for large spells of this match as he found space in important positions and had the quality to use it. 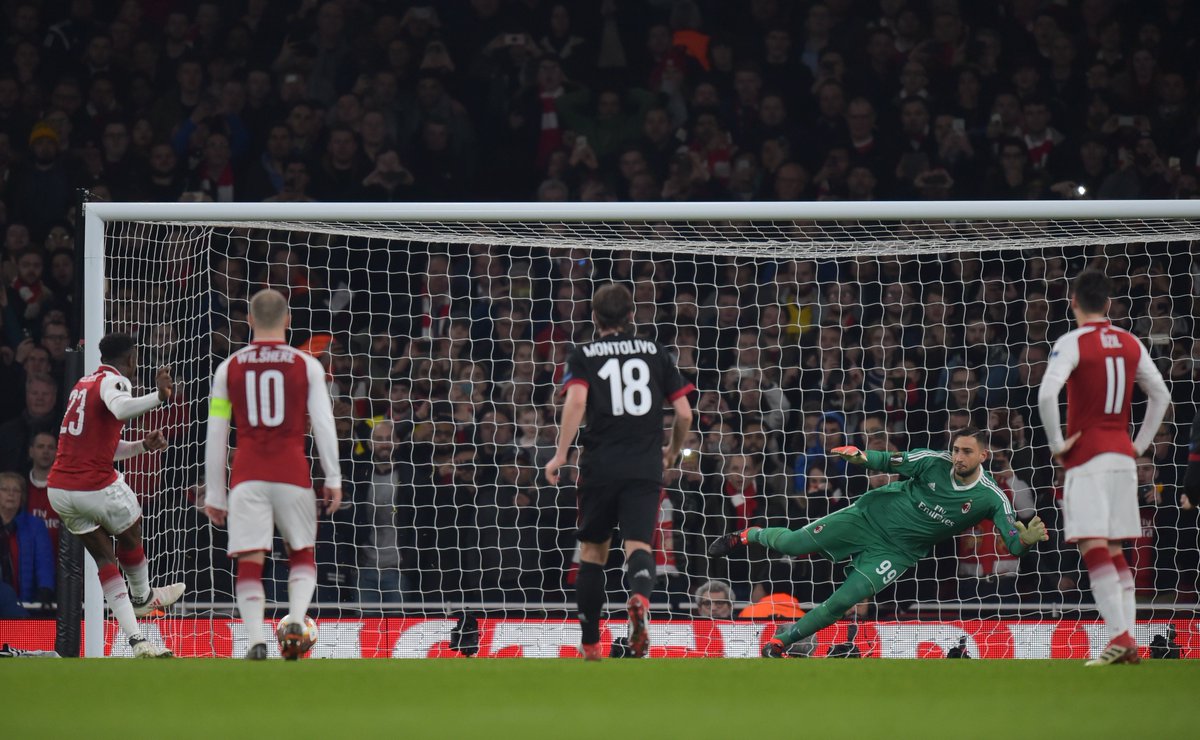 Another pleasing night for Danny Welbeck. The Englishman will surely attract some criticism for his dive for the penalty but showed impressive composure to finish it off. He grabbed his second late on to cap as Welbeck laid down the gauntlet to become Arsenal’s first choice in this competition regardless of Alexandre Lacazette’s fitness.