There were a lot of empty seats at the Emirates for this fixture. Apparently still irritated by last weekend’s defeat to Manchester United, many elected to stay away for this, Arsenal’s final Europa League group stage fixture.

Qualification has already been secured but that didn’t stop Arsenal from trying their best to win this one. The Gunners got off to a flying start to go about doing just that. Theo Walcott went down in the box vying for a penalty but while he was still on the ground, the ball fell back to right-back Mathieu Debuchy who put an incredible strike into the far top corner.

The Gunners opened up after that and began controlling the match. Captain for the evening, Theo Walcott was denied a goal after a wonderful save from the BATE goalkeeper but the Englishman didn’t have to wait long for another chance.

Ten minutes before the break and Danny Welbeck mis-controlled the ball in the BATE box. It fell straight into the path of Walcott who took a touch and placed it past the keeper.

The Gunners made it three before half-time was over. Jack Wilshere finally got his name on the scoresheet since his return to Arsenal as he cut inside and unleashed a wonderful strike into the far corner.

It was more of the same after the break. An incisive Jack Wilshere through ball found Theo Walcott bursting forward and the winger’s cross was put into his own net by Dzyanis Palyakov.

Olivier Giroud made it 5-0 from the penalty spot before Mohamed Elneny curled in a wonderful strike to make it six.

He didn’t really have to be there this evening. David Ospina didn’t have to make a save before the 67th minute and even that was straight at him.

Despite the performances of Jack Wilshere and Theo Walcott, it’s important not to forget about Mathieu Debuchy. The Frenchman has been hugely impressive for the Gunners in this competition and capped that with a wonderfully taken goal this evening. 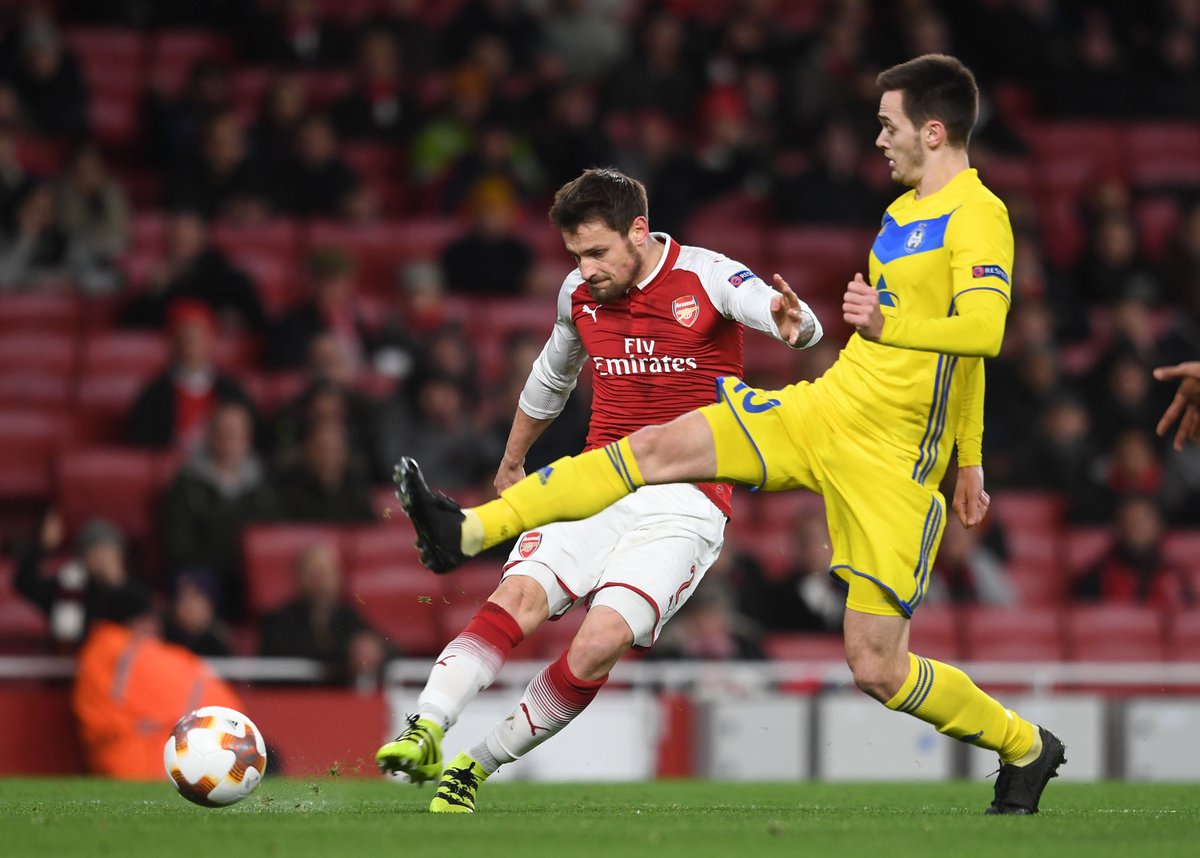 Calum Chambers was fine this evening. He didn’t have a great deal of defending to do on the night but was solid enough.

Much like his defensive partner, Rob Holding was solid enough but barely tested on the night.

Ainsley Maitland-Niles was sound. The full-back could venture further forward and provided a good outlet.

He was fine. Mohamed Elneny kept possession well for the most part and covered a lot of ground. The Egyptian midfielder didn’t venture forward very often during this match but did well when he did, curling in a wonderful strike to make it 6-0.

He was fine in the middle. A little quiet.

Francis Coquelin was fine. The Frenchman shielded the back four well enough but wasn’t exactly tested. 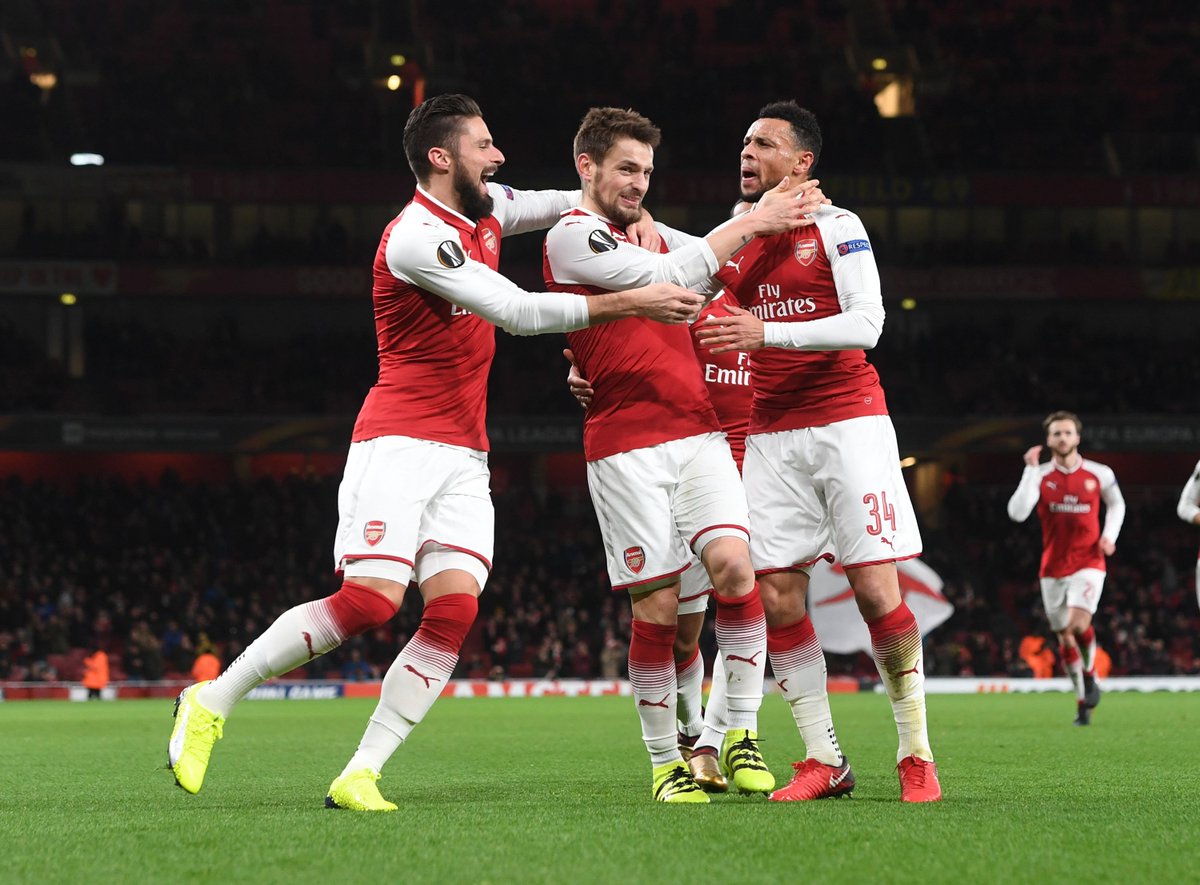 A wonderful performance from Jack Wilshere. Everything good that Arsenal did went through the Englishman in the centre. His passing was crisp and exciting and he strode forward well with the ball. It was great to see Wilshere’s name on the scoresheet too.

Theo Walcott played very well. He was a massive threat to the BATE backline with his offensive runs in behind. It was nice to see Walcott grab a goal too.

Didn’t see too much of the ball but had some nice touches. 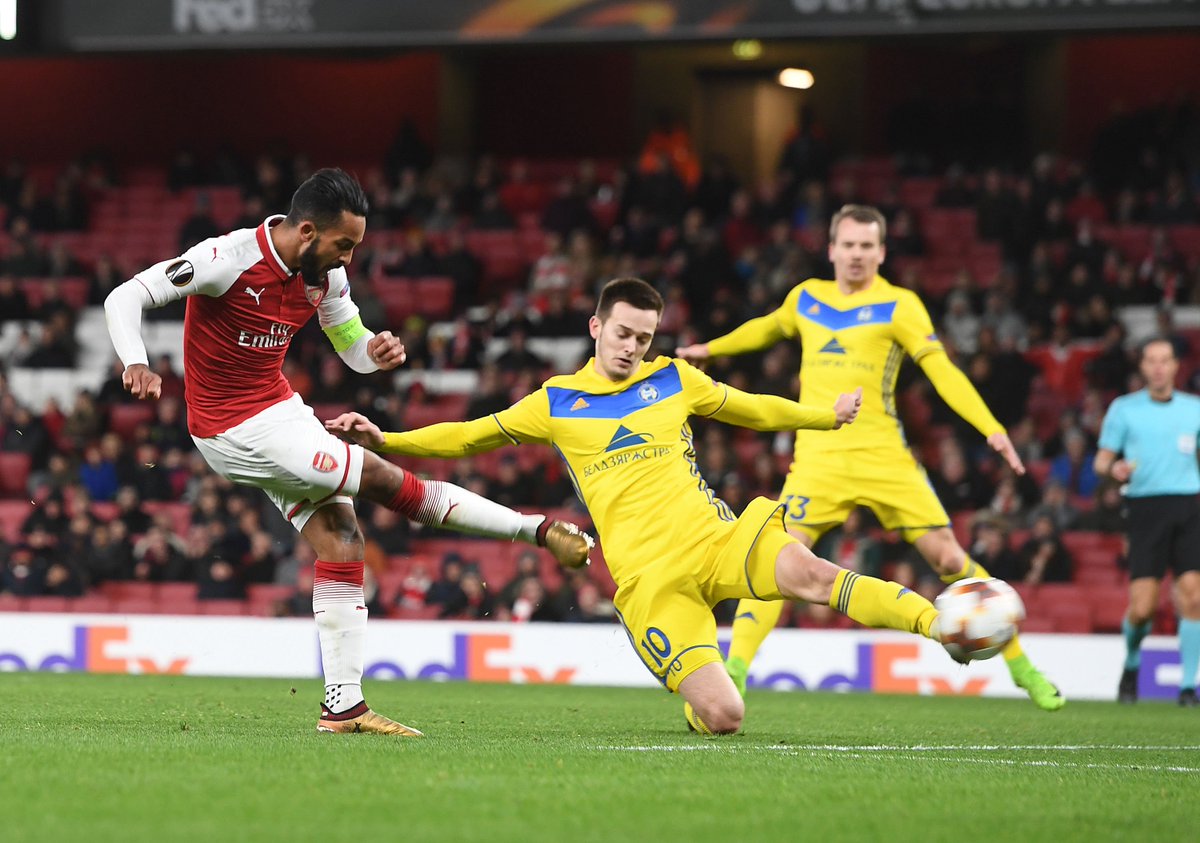 A quiet one for Danny Welbeck. The Englishman just couldn’t get going on the night but match fitness was most important for the former Manchester United man.

Seemed to be trying too hard.

He did okay. Olivier Giroud grabbed his goal and had some wonderful touches but drifted in and out of the game.