Arsenal won the Community Shield on penalties after goals from Victor Moses and Sead Kolasinac forced the game into overtime.

With just five days until the Premier League kick-off, Arsene Wenger made a string of changes to his first choice eleven. Mohamed Elneny, Danny Welbeck, Alex Iwobi, Per Mertesacker and Rob Holding all came into the side and the Gunners started well.

Alex Iwobi and Granit Xhaka ran the show in the first 15 minutes and it was the Swiss midfielder who created the best opportunity early on. His chipped through ball found the head of Danny Welbeck but the former Manchester United man could only find Courtois.

Chelsea came back into the game after the first 15 but the Gunners came closest. Alexandre Lacazette picked up the ball on the edge of the box and curled it around both Gary Cahill and Thibaut Courtois but, unfortunately, could only find the post.

Chelsea had a penalty shout promptly turned down by the referee who instead chose to book Willian for diving before the break.

The second-half started awfully for Arsenal. Chelsea immediately put the Gunners under pressure and found the breakthrough from a corner. Arsenal cleared the first ball but didn’t mark them follow up, allowing Victor Moses plenty of space in the six-yard box to get the ball past Cech.

The Gunners started to grow back into the game. Mohamed Elneny came close with a couple of efforts with one forcing Courtois into an excellent save from a narrow-angle.

With under 15 minutes remaining, the game changed. Pedro put in a poor tackle on Mohamed Elneny but when everyone was expecting a yellow card, the referee produced a red and things were about to get better for Arsenal.

Granit Xhaka swung in the resulting free-kick and found the head of the onrushing Sead Kolasinac to head home and equalise for the Gunners. His first Arsenal goal.

The game went to penalties and showcased the new ABBA format for the first time in English football. Nacho Monreal and Theo Walcott scored for the Gunners before Chelsea shot themselves in the foot. Thibaut Courtois and Alvaro Morata missed consecutive kicks, freeing up Alex Oxlade-Chamberlain and Olivier Giroud to knock theirs in and win the Shield for Arsenal.

He made a couple of good stops in the first-half against his former club. Petr Cech couldn’t do much about the Chelsea goal and stopped everything he should’ve.

He started fairly well but began to struggle after Mertesacker was replaced. Rob Holding surrendered possession regularly and looked very shaky at times.

The German was looking for another dominant performance against Chelsea at Wembley. He started well, Per Mertesacker was in control at the centre of the back three but his game was cruelly cut short after an incident with Gary Cahill. The Chelsea centre-back caught Mertesacker with an accidental elbow which caused a considerable amount of blood.

He did well after being brought on to replace Per Mertesacker. Sead Kolasinac looks a really sound signing from Wenger as he defended solidly and drove forward in attack. The Bosnian even got his name on the scoresheet when he headed in a Granit Xhaka free-kick to equalise for the Gunners.

He did okay. It was a big ask for Nacho Monreal to step into the centre of the back three after Mertesacker was brought off. The Spaniard did well on the ball. 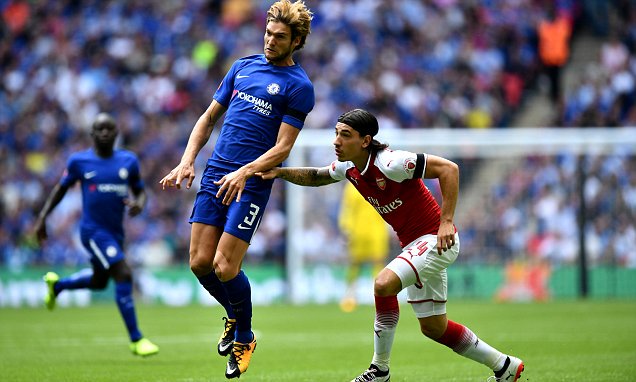 He did well. Granit Xhaka received a lot of possession at the base of Arsenal’s midfield and his distribution was generally very good if a little slow at times.

He did well. Mohamed Elneny hasn’t made many appearances for Arsenal in this system but he clearly suits it. The Egyptian played the Ramsey role alongside Xhaka and was just as tenacious and energetic.

He was okay. Alex Oxlade-Chamberlain didn’t see a great deal of possession but can’t be too disappointed with his performance. He was fine defensively and did well on the few occasions he had the ball.

He did okay. Danny Welbeck’s movement was pretty good but his final product was wasteful. The Englishman should’ve done better with some of his chances in the first-half.

Great to see tge youngster get on the pitch but he didn’t have enough time to make an impact. 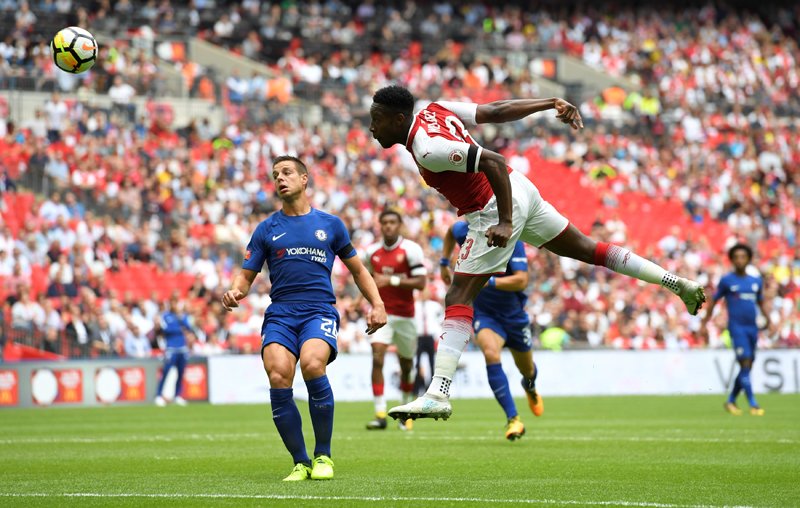 Alex Iwobi was Arsenal’s best player for large spells of this game. The Nigerian international seemed to flourish in the absence of Mesut Özil as he glided in and out of the midfield lines. He was replaced early which surely means a start is on the cards for the midfielder in the Premier League on Friday.

He did okay. Theo Walcott made a couple of decent passes but didn’t see a great deal of the ball.

Alexandre Lacazette put in a good performance on his first competitive match. The Frenchman’s movement was excellent between the lines as he made the most of what limited service he received.