Arsenal secured a 2-0 win over Sunderland thanks to two Alexis Sanchez goals in the last 20 minutes at the Emirates.

Arsenal started this crucial match very well. The Gunners played a high-pressure game and had the already-relegated Sunderland camped in their own half. Arsene Wenger will be pleased that this was translated into chances as the Gunners came close to finding the opening on a number of occasions. Alexis Sanchez even had the ball in the net early on but it was ruled out after taking a deflection off Olivier Giroud’s hand.

The Gunners just kept creating chances but, unfortunately, they could not take them. Granit Xhaka came close then Olivier Giroud forced Jordan Pickford into an excellent save. Rob Holding had a free header in the box just a few minutes after Hector Bellerin had the brightest opening of the match. The Spaniard broke clear down the right and hit the post with a shot. Alexis Sanchez was available for the pass in the middle and the Chilean was not happy.

The second-half started in a peculiar fashion. Nacho Monreal overhit a backpass to Petr Cech who had to scramble to get a hand to knock it behind and prevent an own goal. The referee deemed that it was an intentional backpass and Sunderland were awarded an indirect free-kick just five yards from goal. Seb Larsson stood over it and elected to scoop the ball over everyone but, fortunately, Granit Xhaka was there to save the day.

The Gunners stepped it up in the last 20 minutes and finally got the breakthrough. Granit Xhaka played a wonderful ball through to Mesut Özil. The German squared a half-volley for Alexis Sanchez to tap the ball in.

Just 10 minutes later and Alexis Sanchez had another tap-in. Olivier Giroud’s header was slightly overhit but the Chilean international gobbled up the chance to double the Gunners’ lead.

The Gunners had 36 shots on the night and, but for Sunderland goalkeeper Jordan Pickford who was exceptional, would’ve scored a lot more than two goals. 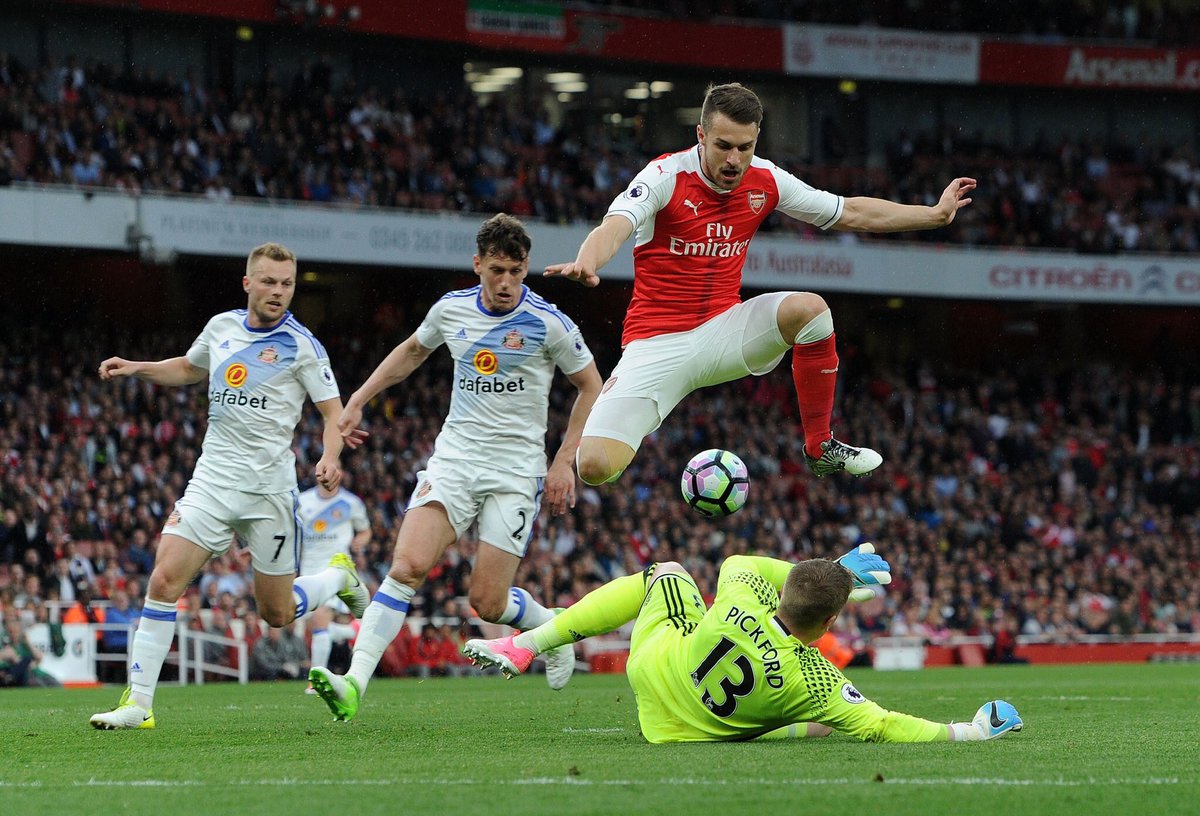 He made a couple of very good saves, particularly in the first-half. Petr Cech’s distribution was good and he was good in the air.

It was a bit of a mixed bag from Rob Holding. He showed a couple of lapses in concentration defensively but was solid both in possession and moving forward. The Englishman made one particularly excellent run with the ball in the first-half which very nearly led to a goal.

He did pretty well filling in for Laurent Koscielny. Shkodran Mustafi helped keep Jermain Defoe relatively quiet for the most part and was solid in the air.

He’s certainly played better. Nacho Monreal had an error-strewn game in the centre of the defence and very nearly scored one of the great own goals of all time but for the influence of Petr Cech.

It was a pretty quiet match for Hector Bellerin. The Spaniard did pretty well going forward but squandered the best chance of the first-half when he shot rather than sliding the ball across for the unmarked Alexis Sanchez.

Barring a mad few minutes in the first-half, it was a very good performance from Granit Xhaka. The Swiss midfielder made some wonderful long passes including one which cut Sunderland’s defence open to find Mesut Özil in the run up to the breakthrough goal.

He had a good first-half and it was a massive shame to see Aaron Ramsey coming off just after the hour. The Welshman made a number of very good runs but his performance did drop after the break.

Kieran Gibbs had a poor match. The Englishman got into a number of very good positions but his crossing was nothing short of woeful. Subbed.

A decent cameo from the Nigerian. 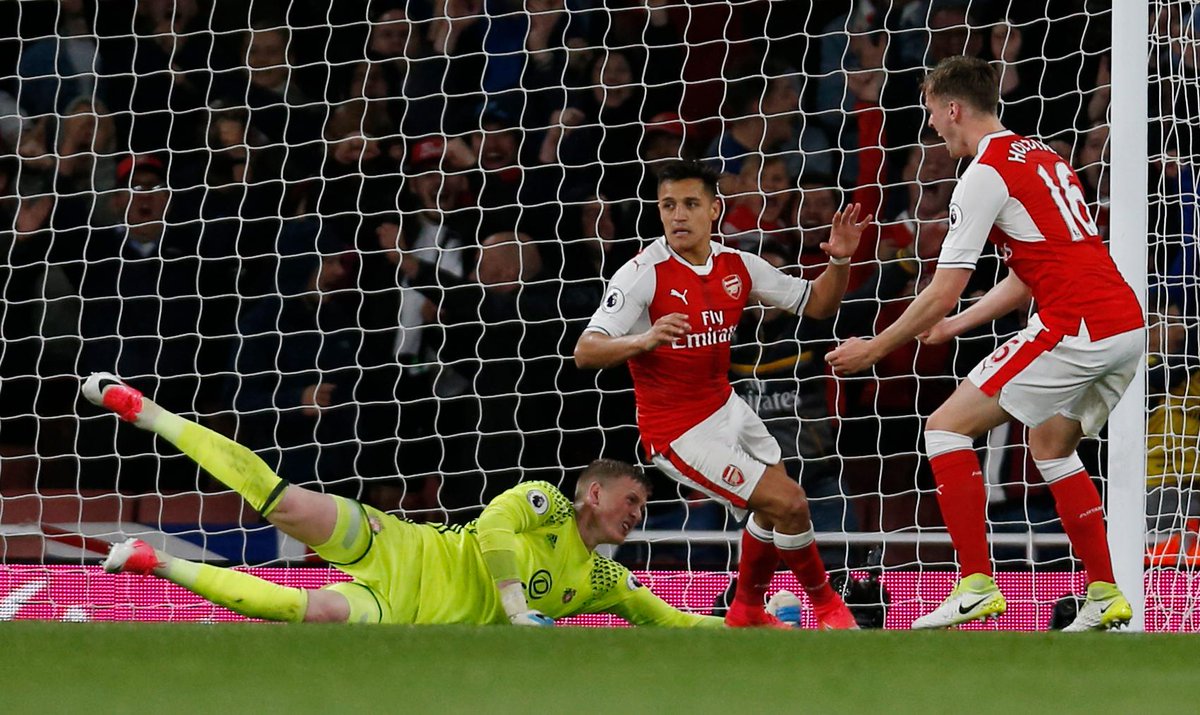 He played well tonight. Mesut Özil was always available for the pass and played a number of excellent balls for the Gunners. It was the German who unlocked the Sunderland defence for the opening goal with that wonderful square ball for Alexis Sanchez.

Alexis Sanchez has scored far better goals than the ones he got this evening. The Chilean grabbed two goals with a combined distance of about five yards but they were crucial strikes nonetheless. 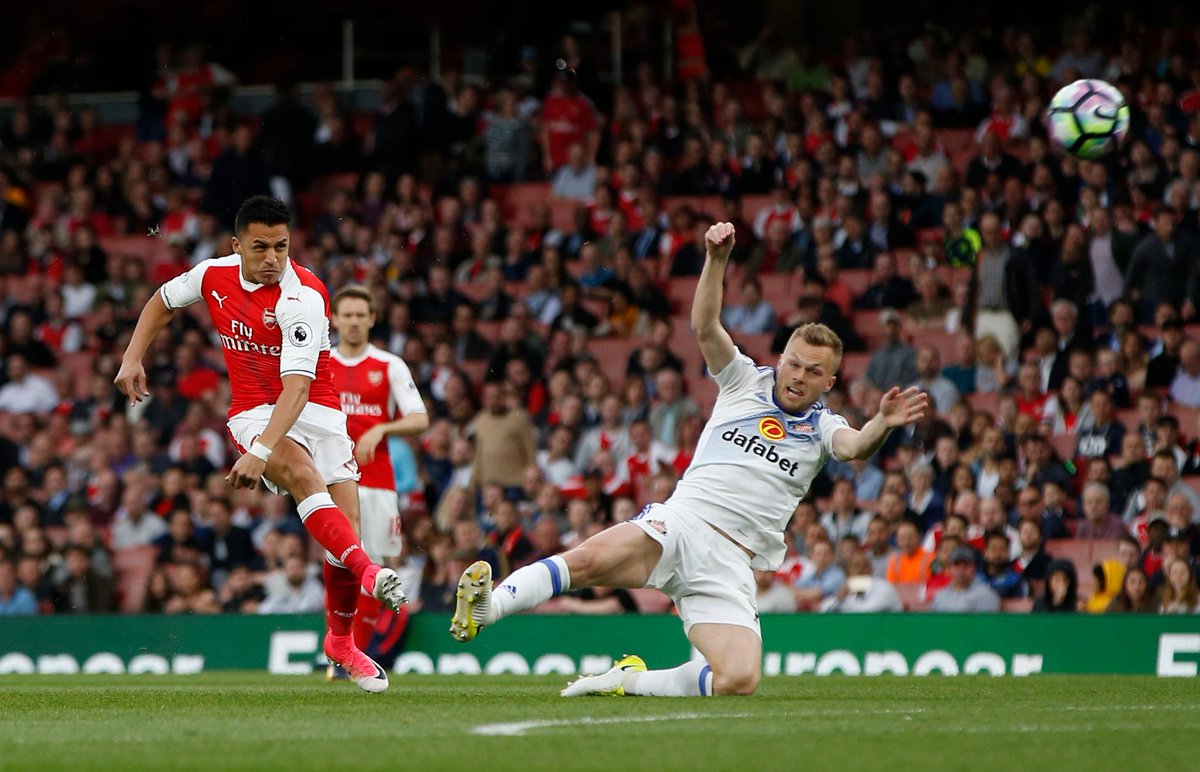 He’s played better. Olivier Giroud had a couple of nice touches up front for the Gunners but couldn’t really transfer that into chances.


He scarpered his one good chance.