It was Arsenal’s biggest match of the season thus far and if the players were nervous, they didn’t show any signs in the opening exchanges. Arsenal started brightly but were forced into an early change when Laurent Koscielny went down off the ball in serious pain. Calum Chambers was his replacement.

The early change didn’t seem to affect the visitors. Arsenal grew into it as the half progressed and even started creating some chances. Alexandre Lacazette had an opening but wanted a touch too many and the opportunity was over.

Atletico Madrid grew into the game after the half-hour mark as they seized upon some poor mistakes from Arsenal at the back. It looked like the Gunners had weathered the storm but it wasn’t to be. Hector Bellerin was caught a little too high up the pitch and Antoine Griezmann was given the time and space to pick out Diego Costa who scored against Arsenal once again.

Arsenal started the second half as the better side as they pushed forward for that crucial goal.

A pattern started to emerge in the match as Arsenal pushed and pushed against a seemingly unbreakable Atletico backline. The final ball just wasn’t there for Arsenal as key players went missing and the Gunners blew their chance at a European final.

A frustrating night for David Ospina. He didn’t convince in the Arsenal goal, particularly with the ball at his feet. There were numerous occasions where he ran out of his goal to collect loose balls and an Arsenal defender beat him to it due to a lack of communication from the Colombian.

He made the mistake for Diego Costa’s goal but put in a good performance. He defended reasonably well but his willingness to get up the pitch was hugely impressive.

Shkodran Mustafi looked stretched for almost the entire game but put in a decent performance. The German was decent in the air and made a number of vital last-gasp interceptions.

It was such a shame to see him forced off the pitch within the opening ten minutes.

It was a huge test ask for Calum Chambers to replace Laurent Koscielny in this match and he coped with it well. The Englishman was stretched as Arsenal continued to push forward for the goal and made a number of crucial interceptions. 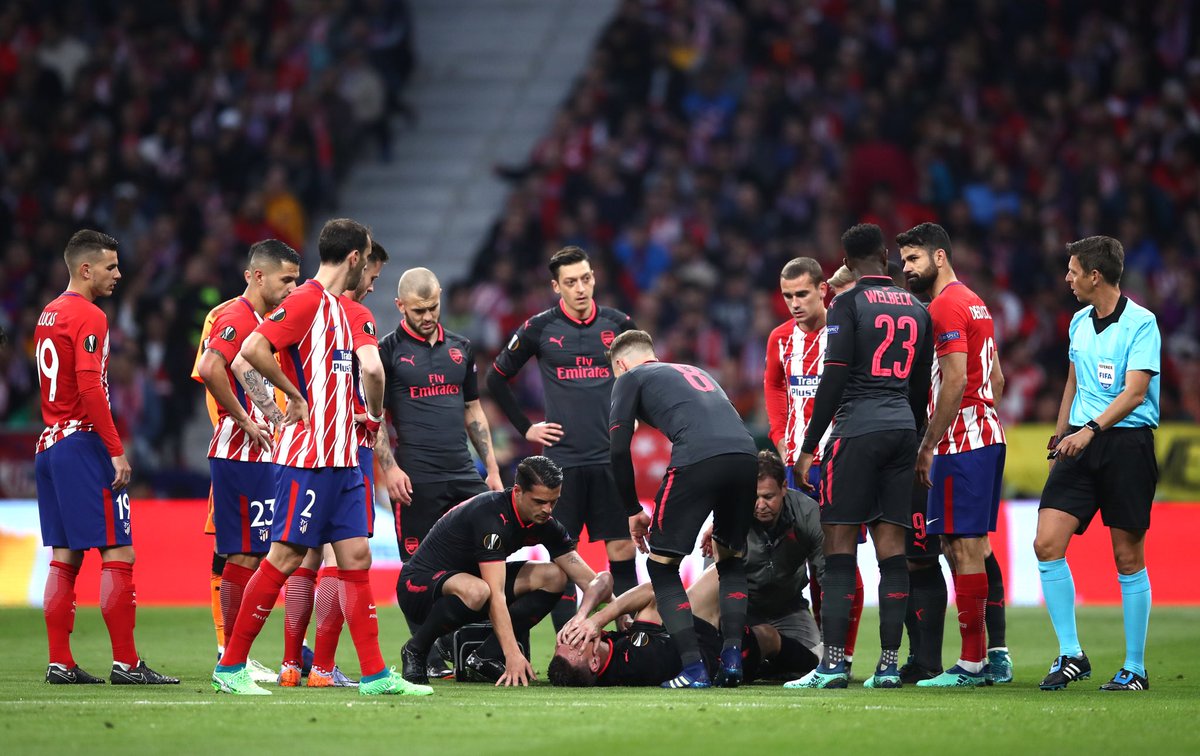 He did well. Nacho Monreal was hugely energetic and looked a threat moving forward. Unfortunately, the Spaniard’s final ball was lacking.

A frustrating night for Granit Xhaka. The Swiss midfielder just couldn’t find his range of passing and just looked off the pace for most of it.

He couldn’t get going. Aaron Ramsey seemed to overcomplicate everything despite his decent start to the match.

He was poor. Mesut Ozil barely touched the ball in the first-half and was wasteful whenever he got it in the second.

Jack Wilshere did well for the most part. The Englishman controlled the ball well in the early stages and seemed to lift his game when wearing the armband. He looked combative in the middle but just as solid in possession.

He looked lively. Maybe it would have been a different story if Henrikh Mkhitaryan was fit tonight.

He looked lively in the first-half but was nonexistant in the second. 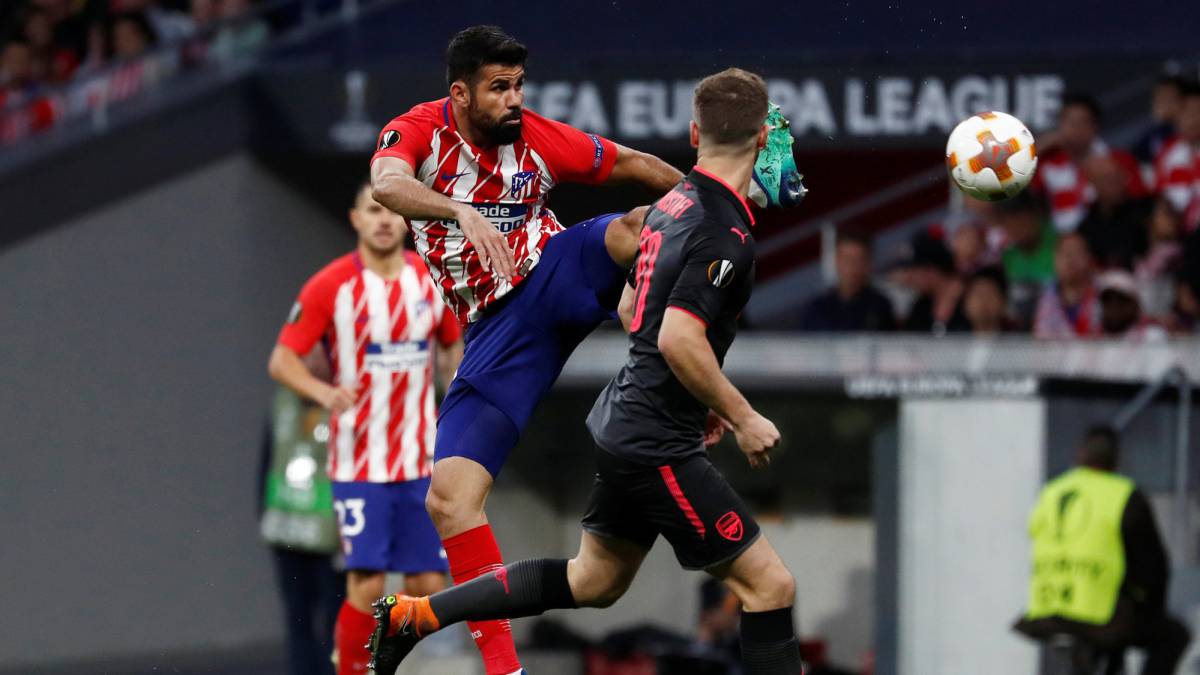 Anonymous. Alexandre Lacazette wasn’t given a sniff of the ball from the Atletico Madrid defence.