A last-minute penalty from Alexis Sanchez secured all three points for Arsenal during a tough match against Burnley.

It’s the sort of fixture which Arsenal fans dread, an away trip to a compact stadium to play against a combative and hardworking team in the winter. The opening exchanges did little to convince the Gunners fans.

Burnley just showed my desire and came the closest to the opening goal. Johann Gudmundsson skipped past Nacho Monreal down the Arsenal left but Petr Cech was on hand to tip a stinging shot onto his near post.

It seemed to act as a wakeup call for the Gunners. Arsene Wenger’s men reacted well and were the better side for the remainder of the first-half. Unfortunately, that couldn’t be turned into the opening goal as Aaron Ramsey fluffed the only real opportunity the Gunners had.

The Gunners picked it up a level after the break. It was all Arsenal during the early exchanges but still, they failed to convert the pressure into the opening goal.

Substitutions did little to change the match in either side’s favour and the three points were won in the final seconds. Aaron Ramsey was pushed to the ground in Burnley’s penalty area and the referee pointed straight to the spot. Alexis Sanchez stepped up and found the bottom corner of the net with almost the final kick of the game.

Petr Cech kept Arsenal in the game during the first-half. The Czech stopper showed his quality with some wonderful shot-stopping and handling under pressure. Great stuff.

Laurent Koscielny did well. It was always going to be a physically demanding match but the Frenchman stood up to the test well. The dangerous Ashley Barnes was kept quiet. 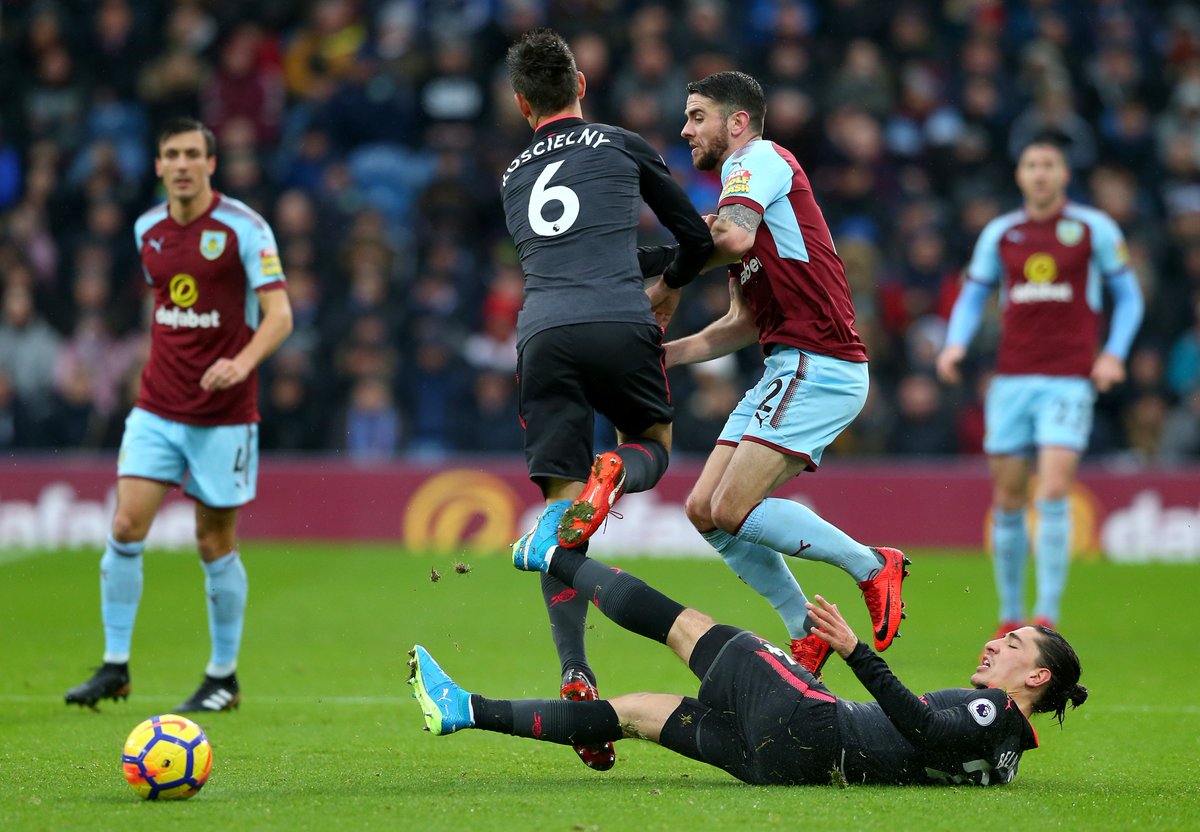 Shkodran Mustafi was impressive. The German put in another good performance defensively and had some good passing further forward.

He was the weakest link in the back three but was still fine. Nacho Monreal suffered from the physical nature of Burnley’s play.

Granit Xhaka was okay. The Swiss midfielder was sound defensively despite some slight lapses in his positional sense. Xhaka’s passing was fine but a little negative.

Aaron Ramsey was Arsenal’s biggest threat during the first half and perhaps should’ve opened the scoring with that chance. The Welshman’s performance dipped after the break and was a passenger for much of the second 45.

A truly frustrating afternoon for Sead Kolasinac. The majority of his performance was admirable with some sound defending and wonderful buildup play but he just seemed to lose his nerve at the end of each move. His shots were scuffed and he didn’t seem to find a teammate with any of his crossing opportunities in threatening positions. 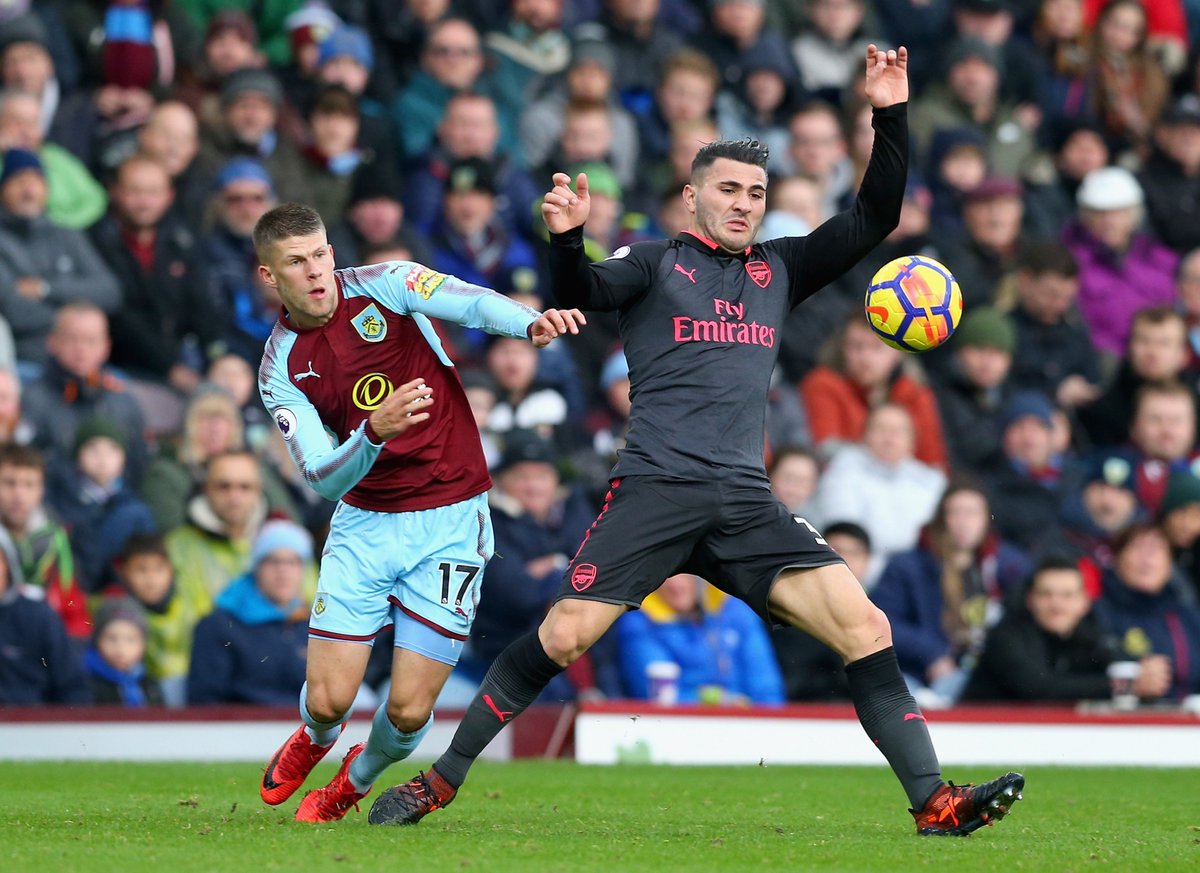 Alex Iwobi was fine. He dribbled the ball well and showcased some good passing. Unfortunately, there wasn’t a great deal of space for the youngster to really attack Burnley.

Jack Wilshere showed some good invention when the ball was played through midfield. Solid cameo.

He was Arsenal’s matchwinner but Alexis Sanchez did not play well. His passing was sloppy and he just couldn’t get hold of the ball in the Arsenal box. Failing that, the Chilean stepped up in the 91st minute and did what was needed from the penalty spot. 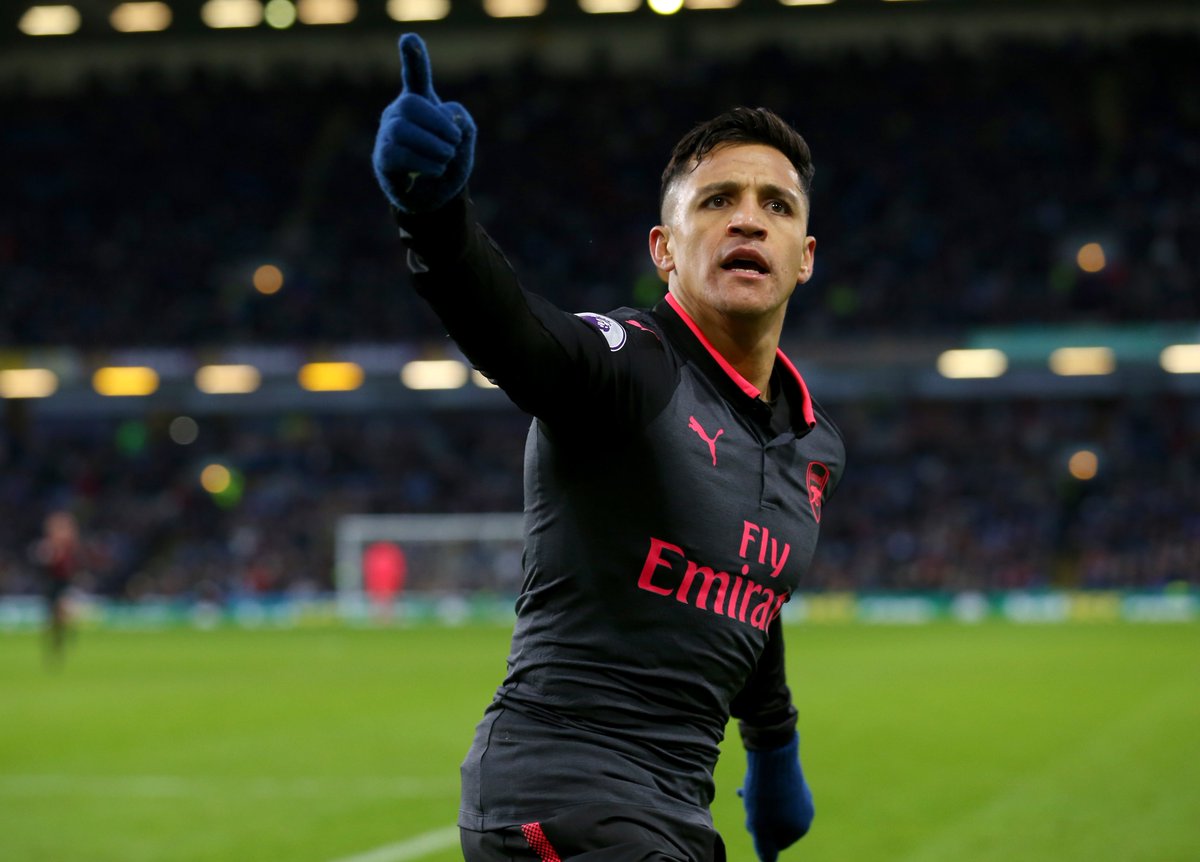 He was one of the few Arsenal players who looked capable of doing something in the first-half. Alexandre Lacazette just couldn’t get the service.

Images posted finally confirm what all Arsenal fans have expected