Arsenal were held to a 0-0 draw by ten-man Chelsea at Stamford Bridge in a match they controlled for the most part.

The Gunners had to manage the match without the presence of Mesut Özil. The injured German was replaced by Alex Iwobi but Arsenal didn’t seem to miss Özil too much. The Gunners started the game pretty well, they were fine at the back and created the better chances early on. Danny Welbeck should’ve finished a wonderful flowing move and Alexandre Lacazette forced Courtois into a good save a little later.

Pedro Rodriguez forced an excellent save out of Petr Cech before Arsenal had the best two chances of the match just before half-time. Aaron Ramsey went on a mazy run and found himself in the Chelsea box. He almost scooped an effort past Thibaut Courtois and off the inside of the post. Alexandre Lacazette was on hand for the rebound but somehow managed to hit it well wide with a lot of goal to aim at.

The first-half will have pleased the Arsenal supporters and the second-half wasn’t too different. The Gunners saw off a brief Chelsea renaissance to get back in control of the match. They were sound defensively and even had the ball in the net but Shkodran Mustafi’s header was rightly ruled out for offside.

As is seemingly tradition for Arsenal v the Blues, Chelsea ended the match with ten men. David Luiz had already been booked when he went studs-up into a tackle with Sead Kolasinac. The Brazilian received a red card and thankfully, Kolasinac recovered. The Gunners pushed on but couldn’t find the all-important goal and it finished 0-0.

He didn’t have a great deal to do but Petr Cech did what was expected. He made some solid saves, particularly in the second-half and distributed the ball fairly well.

Laurent Koscielny was solid. The Frenchman was at his best defensively with strong tackles and a high number of smart interceptions. Great stuff.

He was poor. Shkodran Mustafi was okay in possession but didn’t do enough to stop Alvaro Morata. The Spaniard had the beating of him for the most part and grew in influence as the game progressed.

An excellent performance from Nacho Monreal. The Spaniard hasn’t been at his best so far this season but he dominated the Chelsea attack this afternoon. He was a little more aggressive than usual and defended on the front foot but barely did a thing wrong. 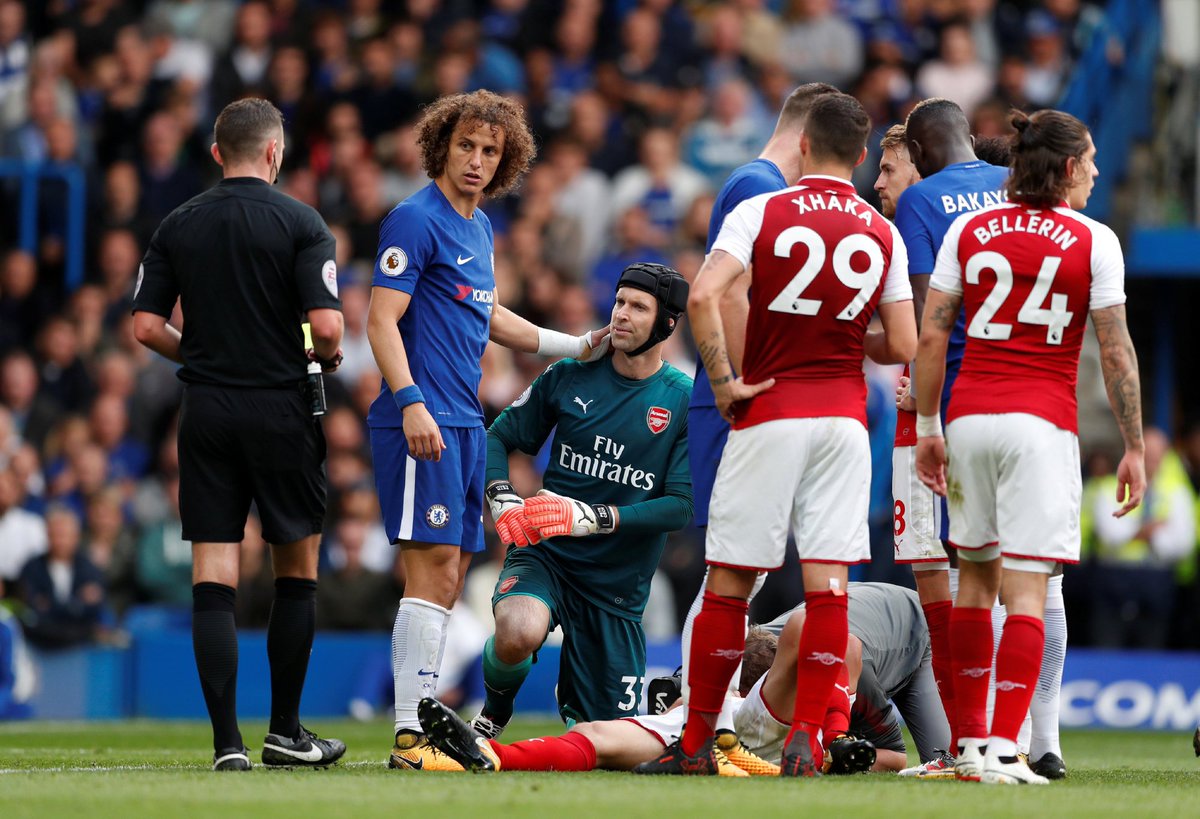 Another man who put in a really good performance is Hector Bellerin. The full-back followed up his midweek heroics with another solid 90 minutes down the right flank. He worked incredibly hard, was solid defensively and provided a noticeable threat at times down the wing.

Standout performance from Granit Xhaka, particularly early on. Granit Xhaka was excellent on the ball and didn’t shy away from his defensive duties. If he can just cut the mistakes out of his game then he will become an excellent midfielder for many years to come. 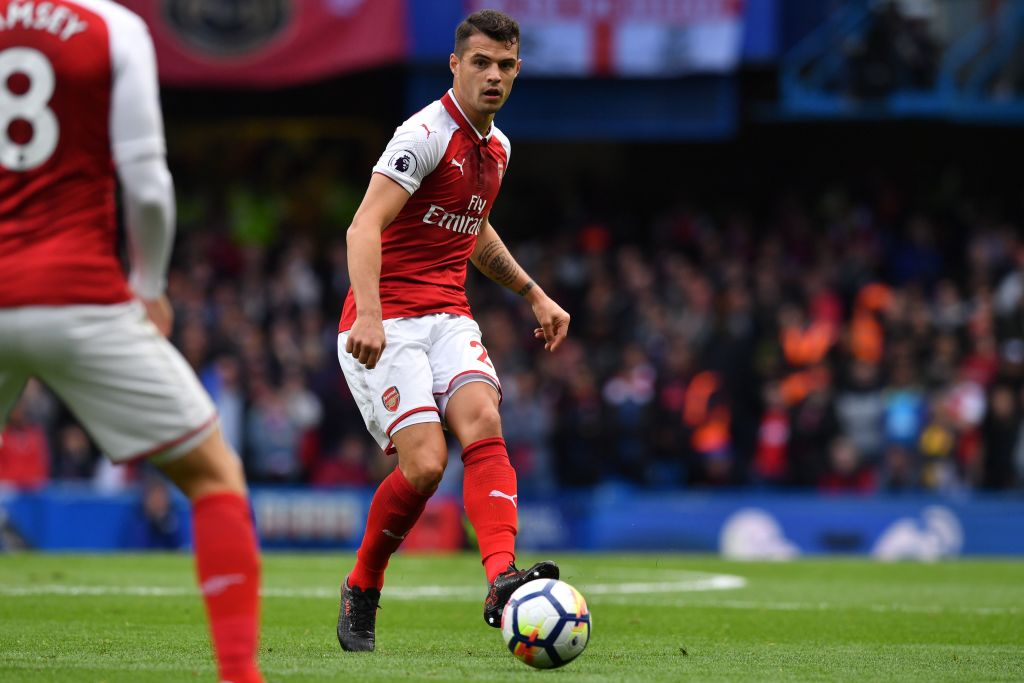 An excellent midfield performance from Aaron Ramsey. His positional play was excellent and he controlled the match at times this afternoon. The Welshman looks to be growing in confidence which is exactly what Ramsey has been lacking in an Arsenal shirt of late.

He did well. Sead Kolasinac was a little suspect defensively early on but recovered well and put in an assured performance. The Bosnian is such a threat going forward.

He did okay. Alex Iwobi filled in for Mesut Özil in attacking midfield and while he may not have carried the same threat offensively, was perhaps a little more solid out of possession. He did enough.

Danny Welbeck played well. His movement was good and he carried a threat to the Arsenal backline. Unfortunately, he missed his big chance early on and then had to be replaced late on through injury. Let’s hope it isn’t too serious because the Englishman has been important for the Gunners in recent weeks. 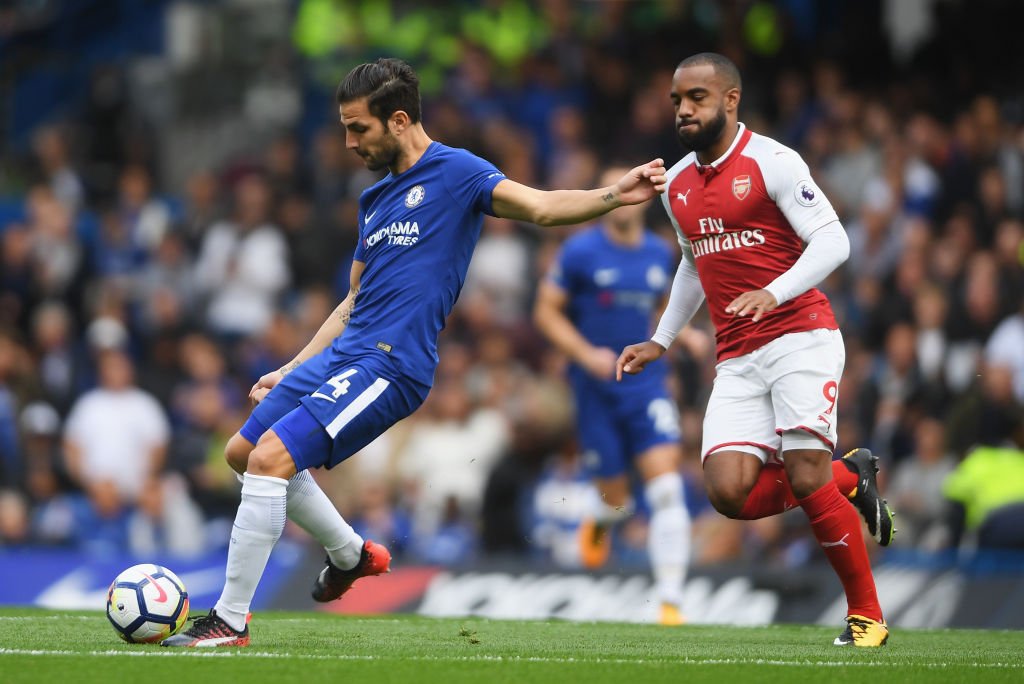 He was unlucky. Alexandre Lacazette was a little frustrating this afternoon with some good work and some stuff which didn’t quite work out. The Frenchman’s first-touch let him down at times and he really should have scored just before half-time. However, the former Lyon man’s movement was excellent and he kept pretty good care of the ball.

Didn’t do much. Alexis Sanchez was trying too hard.