Alexis Sanchez scored two as Arsenal won just their third away match of the Premier League season at Crystal Palace.

Arsenal started this match very much on the front foot. After a few weeks of 4-2-3-1, the Gunners switched formations back to a 3-4-2-1 and everything just seemed to click moving forward. All of the front five combined incredibly well moving forward with the full-backs pushed well up the pitch.

However, despite all the incisive attacking play, it was a set piece which led to the opening goal. A central free-kick was cleared only as far as Alexandre Lacazette out wide. The Frenchman cut back onto his left foot and whipped a powerful cross-shot which forced the stop from Julian Speroni. Fortunately, the save only went as far as Shkodran Mustafi who did well to steer the ball into an empty net.

The Gunners continued to push forward before the break and crafted some decent opportunities which went untaken.

The Gunners balanced out their first-half dominance with a second-half collapse. The Gunners just invited the pressure on but it was the home side’s first shot which made the difference. One simple cut back from Arsenal’s right and Andros Townsend was on hand to make it 1-1.

Fortunately, the Gunners came back into it. Arsene Wenger’s men absorbed the pressure in the aftermath of the equaliser and moved on up the field. Alexandre Lacazette was again at the heart of it as he laid off a loose pass for Alexis Sanchez to hammer it home.

The Chilean put in a wonderful performance on the night and helped put the Gunners out of sight. Sanchez latched onto a terrific long through ball from Jack Wilshere to make it 3-1 just minutes later.

Palace hit back late on through James Tomkins but the Gunners held on to secure the three points.

Petr Cech didn’t have a great deal to do on the night. Arsenal conceded from Palace’s first shot on target but it would’ve been tricky for Cech to keep out.

He was okay. Calum Chambers defended well for the most part but looked slightly exposed during the early stages of the second-half. Still, he didn’t look too out of place. 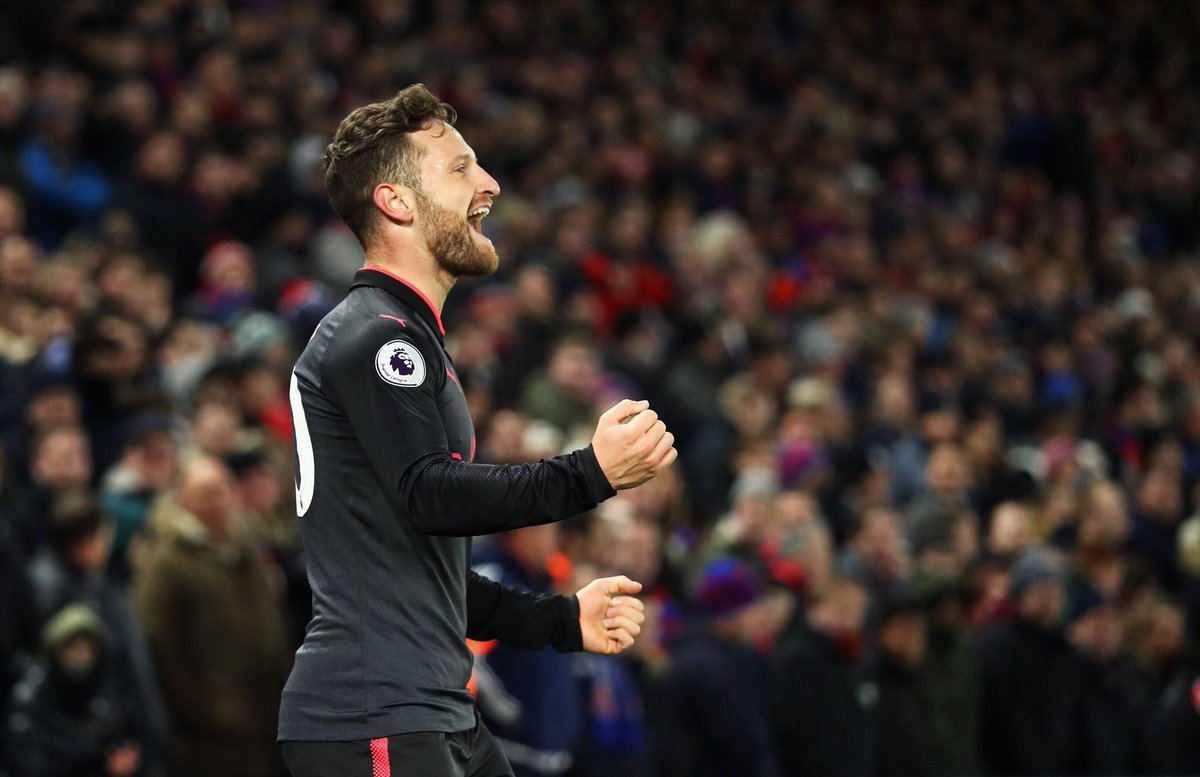 He played well. The German capped a fine defensive performance with the opening goal.

Laurent Koscielny was fine. He didn’t have a great deal to do but helped keep the likes of Andros Townsend, Wilfried Zaha and Christian Benteke relatively quiet.

He did okay. Hector Bellerin left his right flank a little exposed during the second-half which tarnished his performance.

He played well. Granit Xhaka played a little further forward on the night and controlled possession. That goal against Liverpool seems to have given the midfielder some confidence in attack.

Did well to hold the ball up but didn’t have enough time to make an impression.

A fine performance from Jack Wilshere. Most of the good things which Arsenal did tonight went through Jack Wilshere and capped his night with a fine assist for Sanchez’s second goal. 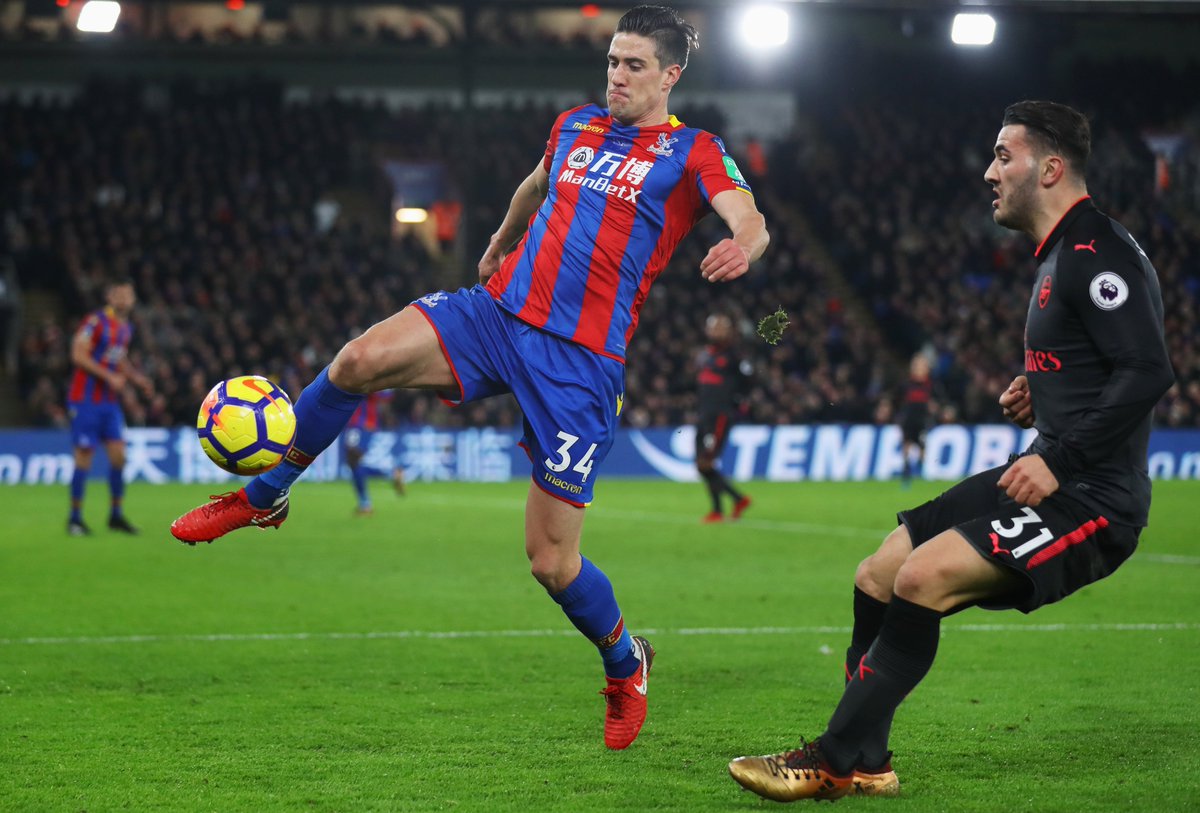 He played well. Sead Kolasinac moved forward well and was a constant outlet but just couldn’t find that final pass.

Mesut Ozil had his moments. The German drifted in and out of the match but his linkup play was generally very good.

A terrific performance. We’ve criticised Alexis Sanchez in recent months but he was wonderful this evening. The Chilean neared his best form and capped a fine performance with two well-taken goals. He just seemed to move quicker than every other player on the pitch and his decisionmaking was good too. 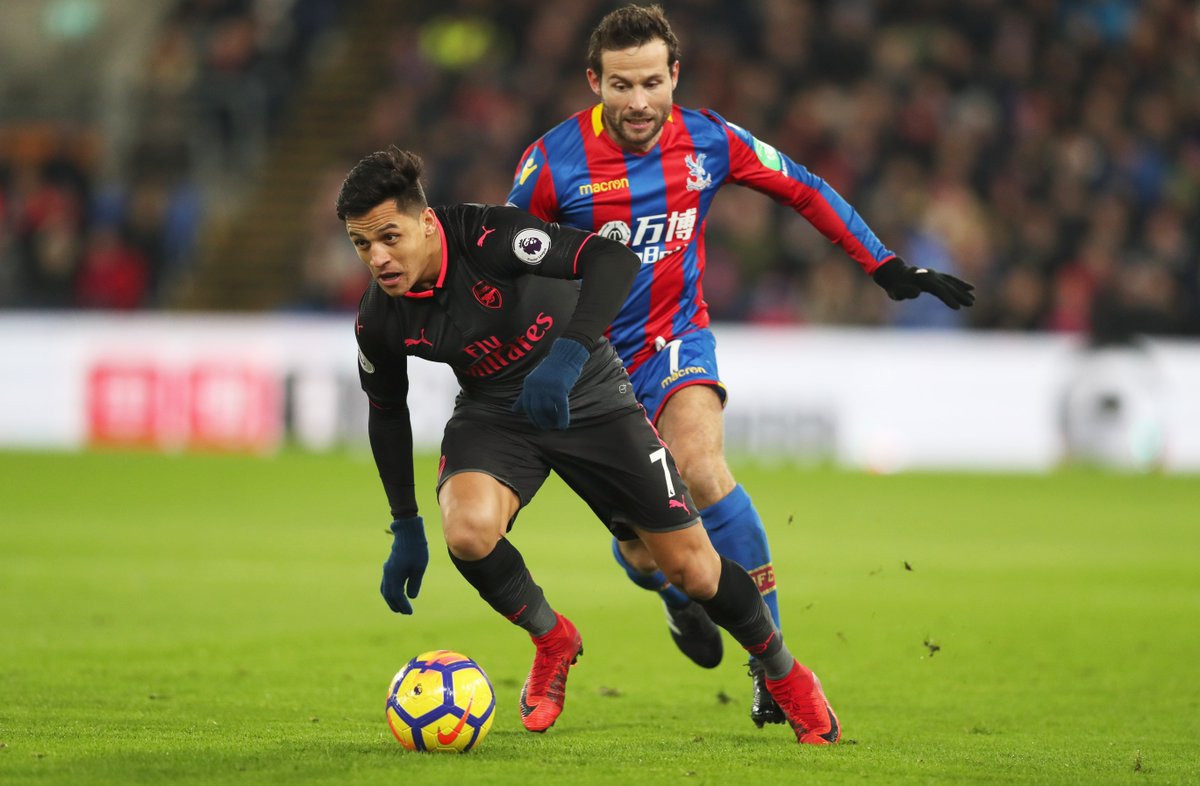 Alexandre Lacazette put in a good performance. He held up the ball well and showed some great linkup play with the rest of the frontline to grab two assists. He looked sharp and tidy but was still subbed off by Arsene Wenger.