Arsenal squandered the lead at Everton to suffer the first Premier League defeat since the opening match of the season on a disappointing night. Alexis Sanchez opened the scoring but Seamus Coleman and Ashley Williams secured the win for Everton at Goodison Park.

The Gunners started extremely well. It was all Arsenal for the first twenty minutes in terms of possession but the visitors couldn’t create any clear-cut chances. The breakthrough came in the twentieth minute. Ashley Williams brought down Francis Coquelin just on the edge of the box and the referee pointed for the free kick. Alexis Sanchez stepped up on the ball rebounded off Williams and past Stekelenburg.

1-0 but the Gunners couldn’t build on the lead. An eerily quiet Goodison Park was brought to life as the home team battled on. The Toffees got their reward just before half-time when one full-back found the other. Leighton Baines cut back on to his right foot and crossed it for Seamus Coleman to glance the ball into the far corner.

The Gunners started the second half as well as the first, and the best chances early on fell to Mesut Özil. The German skied one from inside the box and came frustratingly close to getting on to a Hector Bellerin through ball. Arsenal continued to control the ball but couldn’t find the breakthrough which was their ultimate undoing. The Gunners conceded a corner late on and failed to track the run of Ashley Williams. The Welshman made up for his earlier error with a powerful header to put the home side ahead.

The Gunners missed a couple of great chances in the closing stages with Seamus Coleman clearing one off the line but it wasn’t meant to be and Arsenal suffered their first defeat since the opening match of the season. 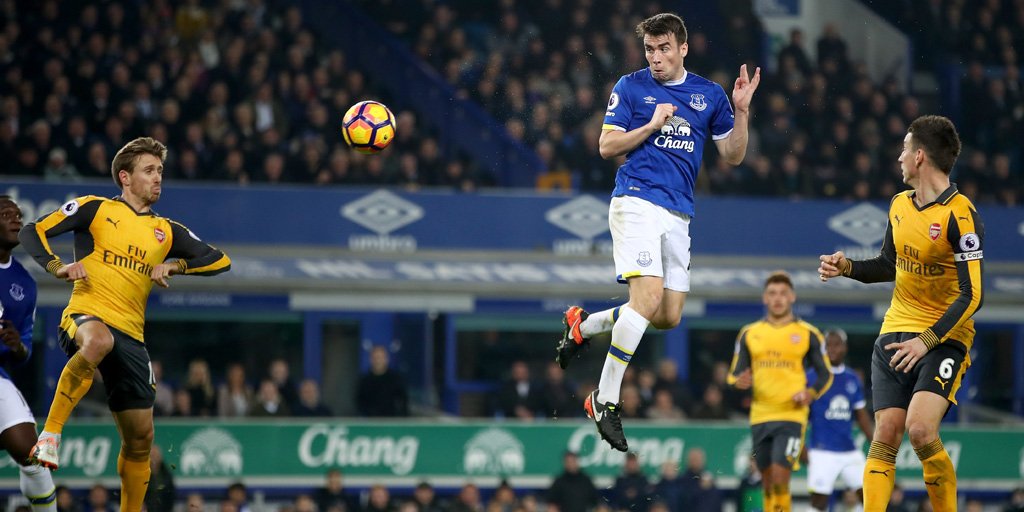 Barely did anything in the match. Everton produced four shots on target during the match, two of which went in meaning Petr Cech had a quiet evening.

It was a decent outing from the right-back. Hector Bellerin wasn’t quite at the standard we’re used to seeing but considering it was his first start after the injury, it’s understandable.

He was impressive on the night. Laurent Koscielny kept Romelu Lukaku quiet for the most part and seemed to be on the end of almost every Everton cross and set piece.

Barring a few scares in the second half, Gabriel Paulista was very good. Arsenal didn’t look much worse off at the book without Shkodran Mustafi which is all that could be hoped for.

Nacho Monreal put in a good performance for the Gunners. The Spaniard was a constant threat down the left in the first-half and absorbed pressure quite well in the second.