Mesut Ozil and Alexis Sanchez ran the show as Arsenal came from behind to beat Everton 5-2 and secure the first Premier League away win of the season.

Arsenal started the match incredibly well. The passing crisp and incisive with wonderful movement from the front three. Aaron Ramsey came close, there was a penalty shout for Alexis Sanchez and Alexandre Lacazette forced a great save from the Everton goalkeeper all within the opening ten minutes.

However, it wasn’t to last. Granit Xhaka picked up the ball in his own half and took too long with it. Idrissa Gueye nipped in and stole it back for Everton, feeding Wayne Rooney who took a few touches before unleashing a wonderful shot into the top corner. It was one of the few times Everton touched the ball in Arsenal’s half but the home side took the lead.

Arsenal tried to stick with their quick tempo and continued to flow forward. Mesut Ozil, Alexis Sanchez and Aaron Ramsey shone in the first-half but the equalising goal came from an unlikely source. Granit Xhaka hit a stinging shot from distance. Jordan Pickford got a hand to it but the clearance fell straight to the onrushing Nacho Monreal to hit first time and finally breach the Everton goal.

Arsenal continued their domination into the second-half. The Gunners saw far more of the ball than their opponents and they eventually ground them down. Alexandre Lacazette found Sanchez out wide during an Arsenal counter. The Chilean curled a wonderful cross into the path of Mesut Ozil.

Idrissa Gueye was so often the only thing preventing Arsenal from further chances but he didn’t last the 90 minutes. The midfielder was shown a second yellow card by the referee for a nasty couple of fouls.

Arsenal took advantage of the extra space on the field. Mesut Ozil found space in behind Everton down the right flank and his pass was perfect for Alexandre Lacazette. The Frenchman kept his nerves to slot the ball past Jordan Pickford and get his first away goal in the Premier League.

Jack Wilshere made a late cameo as the Gunners added some gloss to the scoreline. The Englishman slid the ball in for Aaron Ramsey who had burst forward from midfield as the Welshman slipped the ball past Jordan Pickford.

There was time for both sides to grab a goal in added time. A baffling back pass from Nacho Monreal gave Oumar Niasse a simple opportunity before the Gunners went up the other end to grab a fifth. Alexis Sanchez dipped and weaved through the Everton box before eventually steering his shot into the bottom corner and grabbing his first Premier League goal of the season.

He didn’t have a great deal to do. Petr Cech could do little about Wayne Rooney’s wonderful opening goal but Everton couldn’t fashion more than a few half chances.

He did well. Laurent Koscielny shines in this wide role in the back three. The Frenchman is obviously an excellent defender but is allows him more opportunity to venture forward with the ball. His passing was crisp and accurate into midfield. 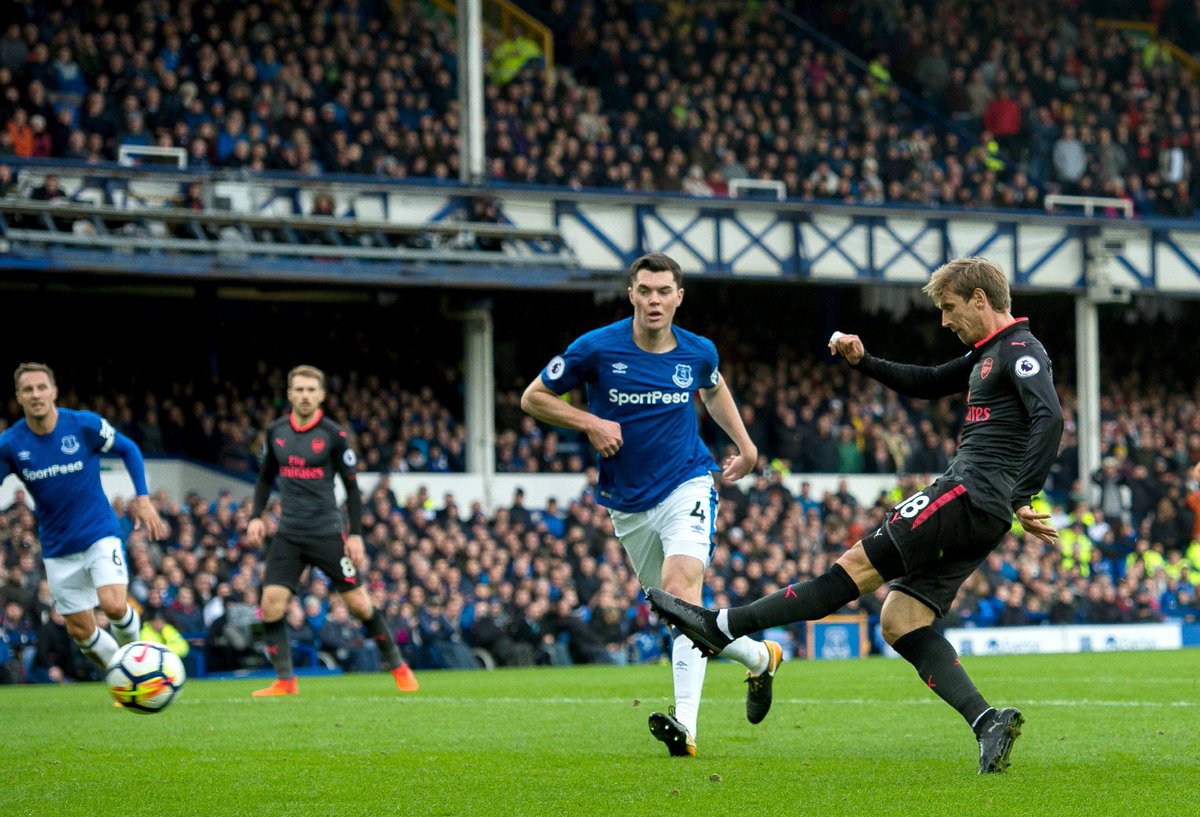 He did well. Per Mertesacker suits this system and looks far better with Laurent Koscielny back alongside him. He should start even one Shkodran Mustafi is back to full fitness.

Barring that strange late error, the Spaniard put in a good performance. Nacho Monreal has developed a strange habit of popping up with crucial goals for the Gunners in recent months. Long may it continue.

He was okay. Hector Bellerin got on the end of a surprising number of chances for his side as well as his customary bursts down the right flank. Unfortunately, his final product was seriously lacking this afternoon.

Such a strange performance from Granit Xhaka. The Swiss midfielder is wonderful in possession for the most part but has an irritating habit of making crucial errors in his own half. Xhaka gave another one away this afternoon and really needs to cut it out of his game.

He did well in the first-half. Aaron Ramsey’s runs from midfield were hugely threatening in the first 45 but they became somewhat further apart as the half went on. The Welshman missed some chances but did well to get his goal late on. 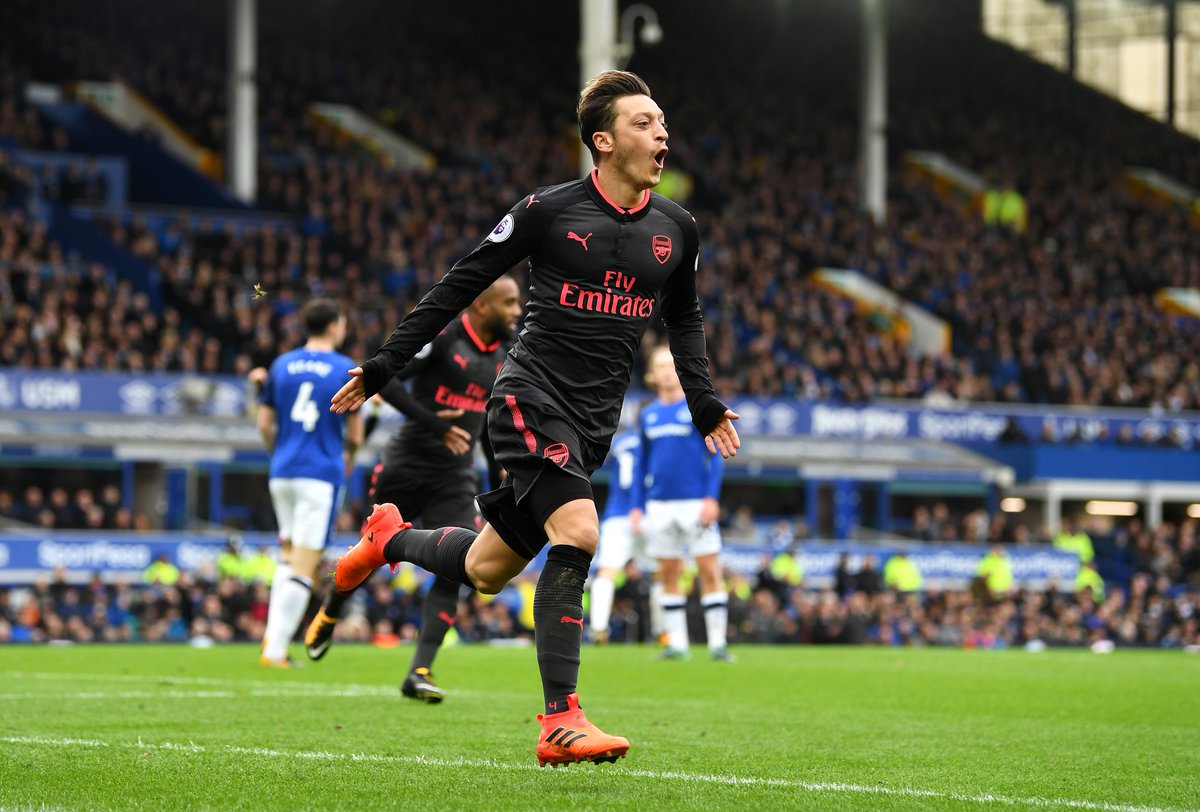 He did okay. He wasn’t hugely involved in the match but did everything well enough. Decent stuff from Sead Kolasinac.

Mesut Ozil was wonderful today. When he’s on form like this, there are few players in the world like the German. His passing was incisive and creative and he was always on hand to receive the ball. He created so many chances and scored a wonderful goal.

He was excellent too. Alexis Sanchez wasn’t quite on Mesut Ozil’s level but he can still be pleased with his 90 minutes. Alexis Sanchez got his first Premier League goal this season and put in a wonderful cross for Ozil’s goal to cap a terrific 90 minutes. 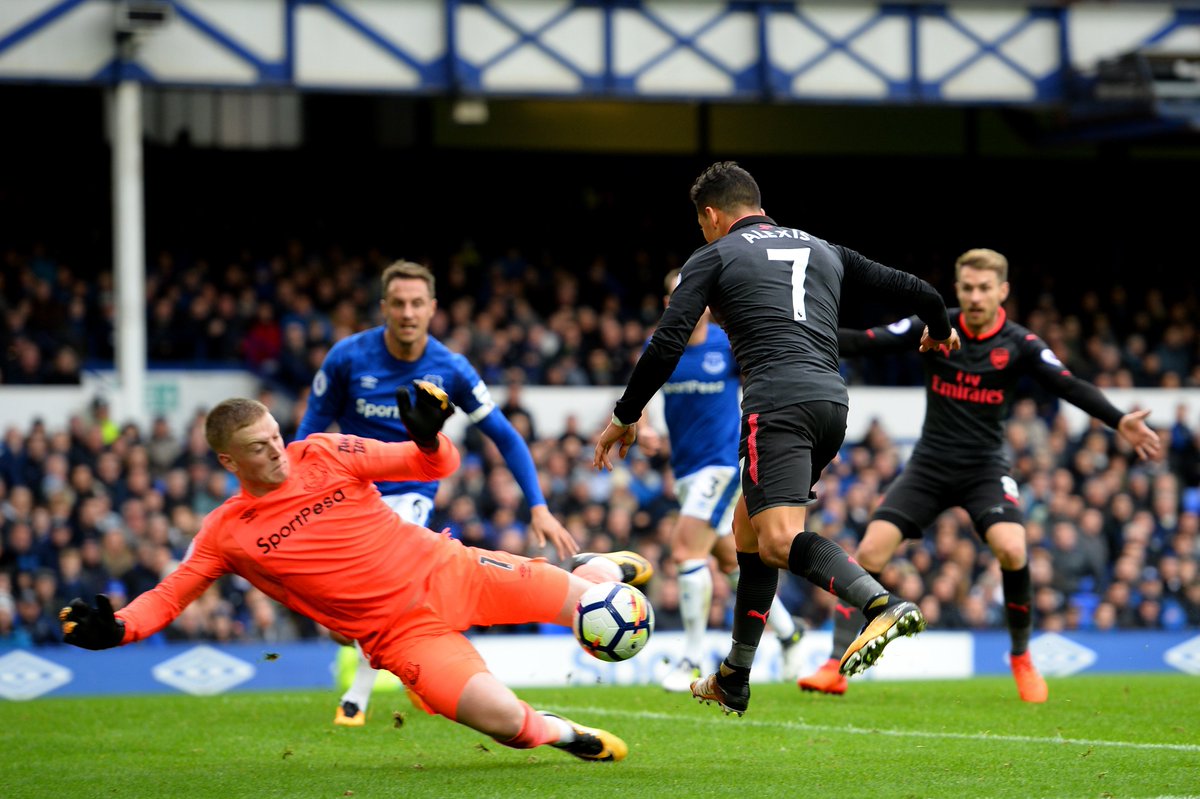 He did well. Alexandre Lacazette put in a decent performance and capped it with a wonderfully well-taken goal. He doesn’t need many opportunities to find the net.

An exciting cameo from Jack Wilshere. He saw a lot of the ball and grabbed a neat assist for Aaron Ramsey’s goal.