Arsenal will top Group H in the Europa League despite slumping to their first defeat in the competition to FC Koln in Germany.

It was far from the most exciting first-half in Germany. The home crowd was rocking but, unfortunately neither FC Koln nor Arsenal could put in a corresponding performance on the pitch.

The Gunners had the better of the early exchanges. Ainsley Maitland-Niles got on the end of a couple of openings which went unconverted.

Barring some long shots, the visitors were left frustrated with the final pass on the end of some exciting moves.

Danny Welbeck was forced off at half-time and the initial stages of the second-half went on very much like the first. That changed after the hour.

FC Koln went on a rare break forward and a tangle of legs between Mathieu Debuchy and Sehrou Guirassy ended in the Bundesliga player on the floor. The referee pointed straight to the spot at Guirassy himself stepped up to open the scoring.

Arsenal pushed forward in the final 30 minutes to find an equalising goal which, in hindsight, wasn’t needed. Unfortunately for Arsene Wenger and Arsenal, the lack of final pass continued to be a running theme.

A quiet night for David Ospina. The Colombian couldn’t do what Petr Cech has failed to do on so many occasions and stop an opposition penalty but he can’t really be blamed for that.

The Frenchman did okay. Mathieu Debuchy obviously hasn’t played much football lately but he continues to put in reasonable performances in the Europa League. Debuchy was the man who conceded the Arsenal penalty but the decision was more than a little harsh.

Tried a little too hard to make an impact.

Per Mertesacker did well. His positioning was typically excellent to cover the rest of the back three.

Rob Holding was fine. The Englishman played a little more aggressively than usual and defended on the front foot. It worked well for the most part but was caught out on a couple of occasions. 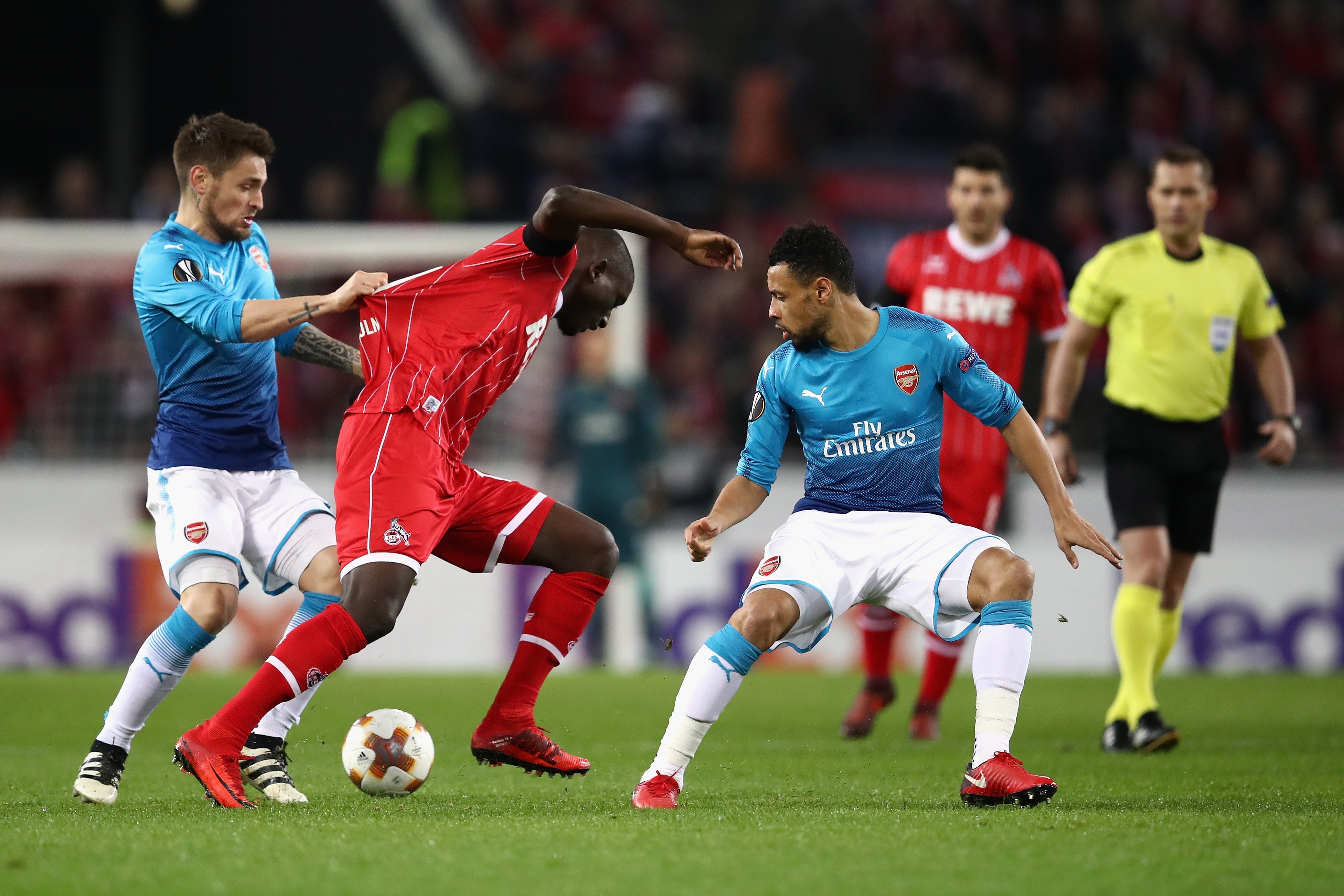 It was good to see Calum Chambers starting a match for Arsenal, even if it was in his unfavoured right wing-back position. The Englishman did okay defensively but offered little moving forward before being replaced after the goal went in.

A quiet cameo for Reiss Nelson. He didn’t look fully fit after an apparent illness prevented him from starting this match and his one chance came from a moment of individual brilliance.

Mohamed Elneny did okay. He controlled possession well but his passing was mostly sideways and safe. His crossing and set piece delivery was disappointing.

The Frenchman was fine. Francis Coquelin completed a number of important tackles and interceptions and came close to finding the net with an incredible long shot. 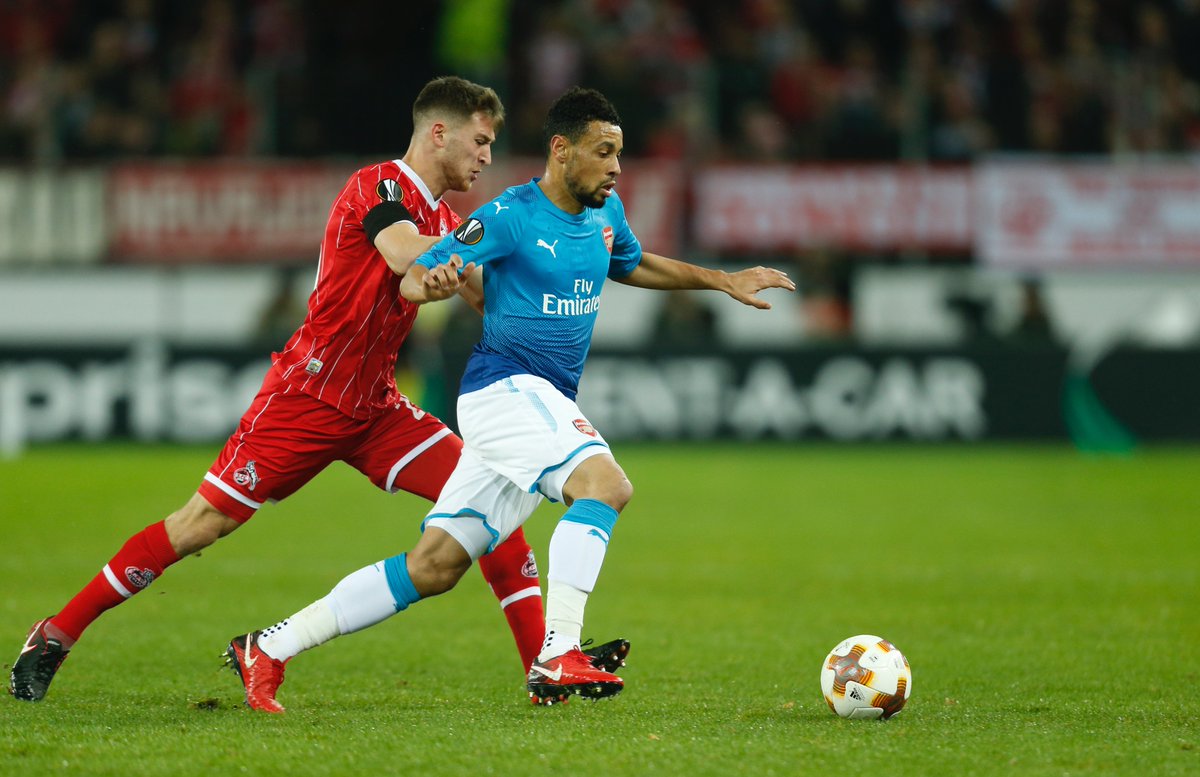 Ainsley Maitland-Niles was the best player on the pitch for Arsenal. He may not be a natural left wing-back but you could hardly tell this evening. He attacked readily and showed a very good final product.

A quiet one for Danny Welbeck. Match fitness was the most important thing as he continued his recovery from injury but he will still be a little disappointed with his limited influence in this match.

Alex Iwobi was okay. He couldn’t influence the game as much as he would’ve liked but was positive when he could get his foot on the ball.

Jack Wilshere grew into this one. The Englishman started slowly but started to pull the strings for Arsenal, particularly after the visitors went a goal down. He carried the ball well but that final pass just wasn’t there for Wilshere on the edge of the Koln box. 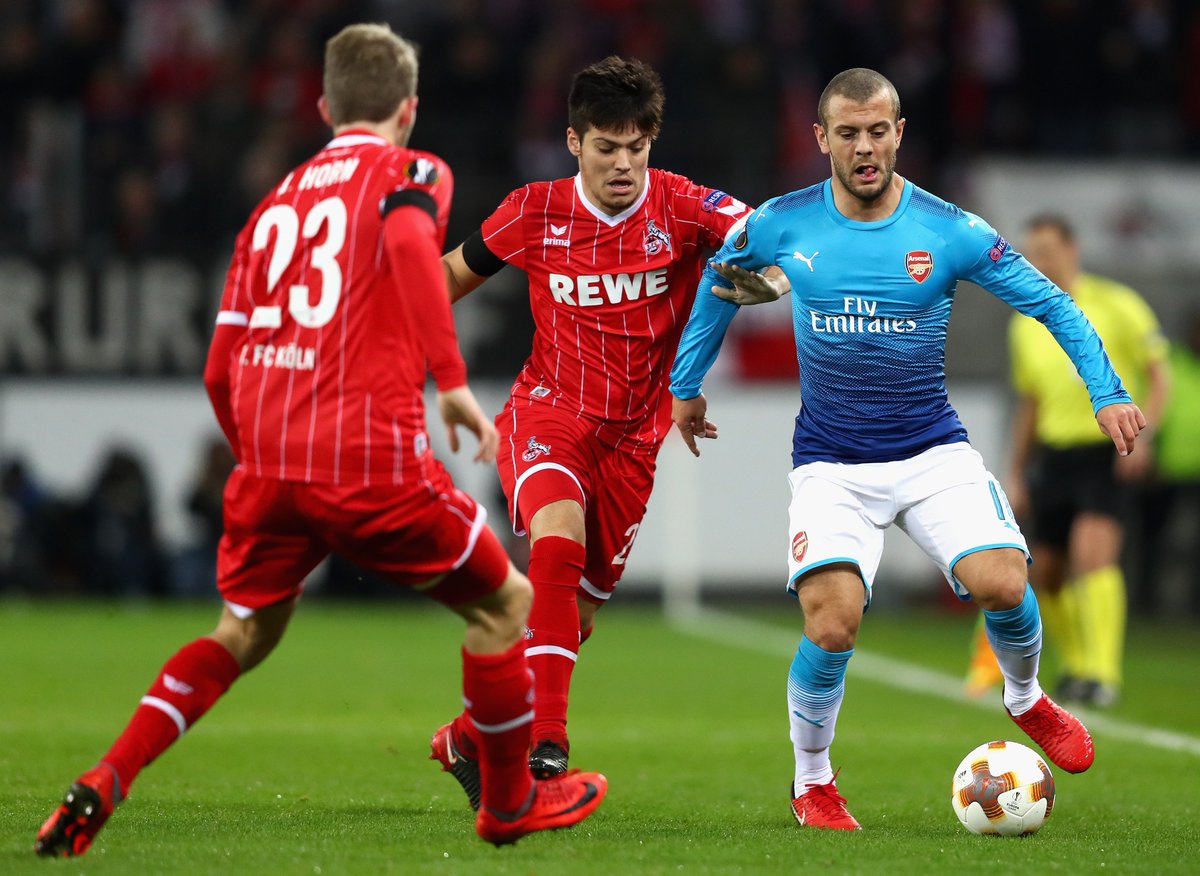 A frustrating evening for Olivier Giroud. The Frenchman was left isolated for much of this game up front and just couldn’t found by his teammates.