Pierre-Emerick Aubameyang scored the only goal of the match as Arsene Wenger bowed out as Arsenal manager with an overdue away win.

It was always going to be a special match at the Kirklees Stadium. It was Arsene Wenger’s final match in charge of the cub with a celebratory Huddersfield Town their opponents.

The home side have recently secured their top-flight status and appeared to enjoy the pressure-free day in front of their home crowd. David Wagner’s men were first to every ball and created more than their fair share of early opportunities. Thomas Ince came close as David Ospina got in the way of a number of decent opportunities.

The game quietened down after the 20-minute mark as the Gunners grew back into the contest. Henrikh Mkhitaryan and Aaron Ramsey started seeing more of the ball and the pair combined for the opening goal.

Ramsey burst through the Huddersfield defence but was forced out wide and had the presence of mind to spread the ball to the back post where Pierre-Emerick Aubameyang was on hand to tap in.

Things changed after the break as the game reverted to that end of season feel. The tempo was slow with very little to play for either side.

Huddersfield continued to create chances with the Gunners seemingly prepared to sit back and soak up the pressure. The home side clipped the crossbar before forcing David Ospina into a fantastic 93rd minute save to rescue Arsenal.

Arsene Wenger’s time in charge of the club ended with a win.

He was fine. David Ospina made a couple of important saves – including that vital one in extra-time and kept a rare clean sheet away from home in the Premier League.

He has played better. Hector Bellerin looked to tire as the game went on and did little of note moving forward.

Rob Holding was fine. He had a tough afternoon against the impressive Steve Mounie but can be pleased with his efforts on the hole.

Shkodran Mustafi was fine at centre-back. He didn’t have the toughest match of his career but Huddersfield still got more than their fair share of chances.

He was okay. Sead Kolasinac grew into the match as it went on but will be disappointed with his delivery in the final third.

Granit Xhaka did well in the centre of the park. The Swiss midfielder saw a lot of the ball but defended well when needed.

Aaron Ramsey was okay. The Welshman started the match well but seemed to wane as the match went on. He grabbed a fine assist for the only goal of the match.

Henrikh Mkhitaryan did well. His buildup play was tidy but was localised mainly to the middle third of the pitch.

He’s played better. The Nigerian saw a fair deal of possession but was a little wasteful with it. 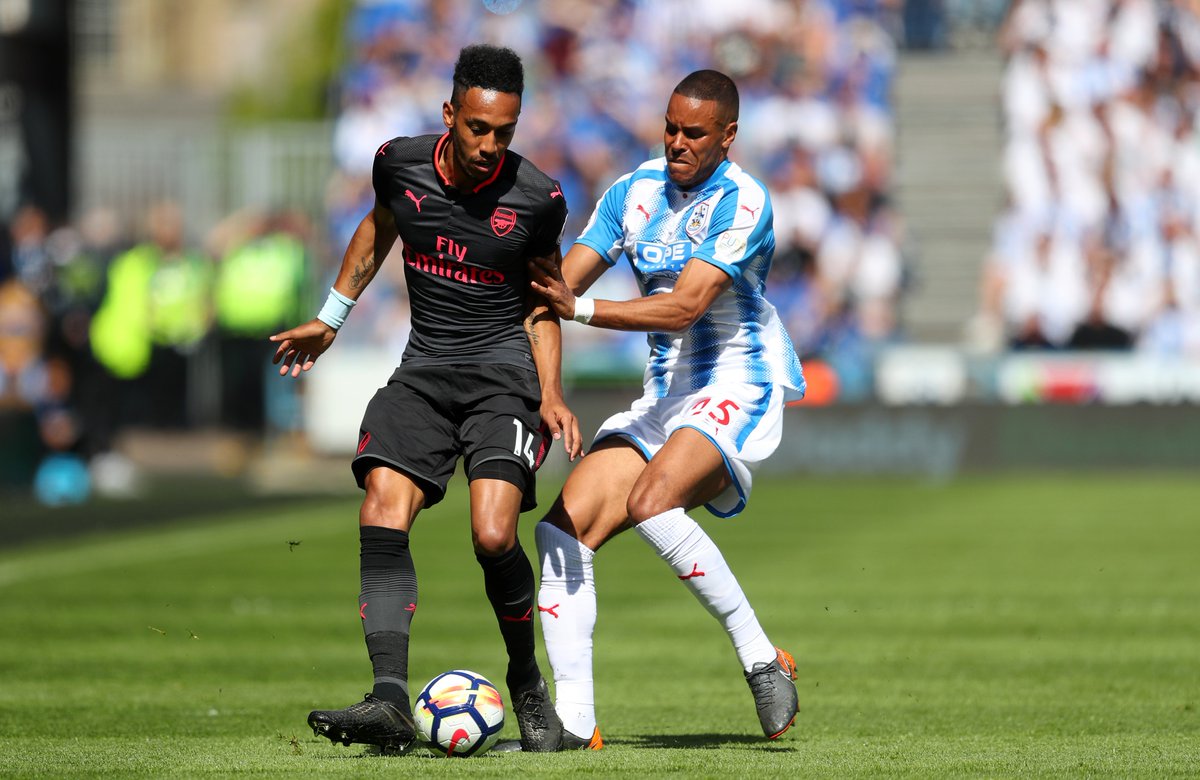 He played well. Pierre-Emerick Aubameyang continued his fine goalscoring run and matched it with a solid performance.

He’s played better. Looked as if he was trying a little too hard.

He’s played better. Alexandre Lacazette looked a little off the pace with some poorly timed runs and rash touches.