Arsenal secured their third straight win in the Europa League courtesy of a late wonder goal from Oliver Giroud.

Arsenal started this game almost as expected considering the starting lineup. The attacking play was swift and exciting but the Gunners’ young defence looked nervous and a little shaky.

The visitors came closest early on. Jack Wilshere did brilliantly well to win the ball back and burst forward and with Olivier Giroud and Theo Walcott ahead of him, found the Frenchman who let the ball slip. The next chance came from an Arsenal free-kick. Wilshere’s ball in led to some pinball in the box. It eventually fell to Walcott but could only force a save from the goalkeeper with a stretched shot.

The home side came into it in the following minutes. Striker Richmond Boakye was left unmarked from a corner and his free header was hit into the ground and off the Arsenal crossbar.

The first-half drifted by with little in the way of further action but the second was a little more open. Jack Wilshere started picking up the ball and running with it which benefitted Arsenal immensely. Olivier Giroud and then Reiss Nelson both crafted some dangerous opportunities.

The second 45 was marginally better on the whole but a forgettable game will be remembered for one moment. Jack Wilshere had a couple of wonderful touches to cut through the Red Star midfield. Some sharp buildup play gave Olivier Giroud an opportunity with his back to goal and the Frenchman brilliantly finnessed the ball into the far top corner with an overhead kick of sorts.

It was a goal worthy of winning any game but in a match with this little quality, that’s hardly a compliment.

He was Arsenal’s best player for the most part. Petr Cech kept Arsenal in the match at times, pulling out some wonderful stops. His distribution was good and handling even better.

The Frenchman did surprisingly well considering how long he has been out of the team. Mathieu Debuchy was obviously a quality right-back a few years ago but it’t natural to expect that his injuries would have affected his ability on the pitch. If they have then he didn’t show it today. 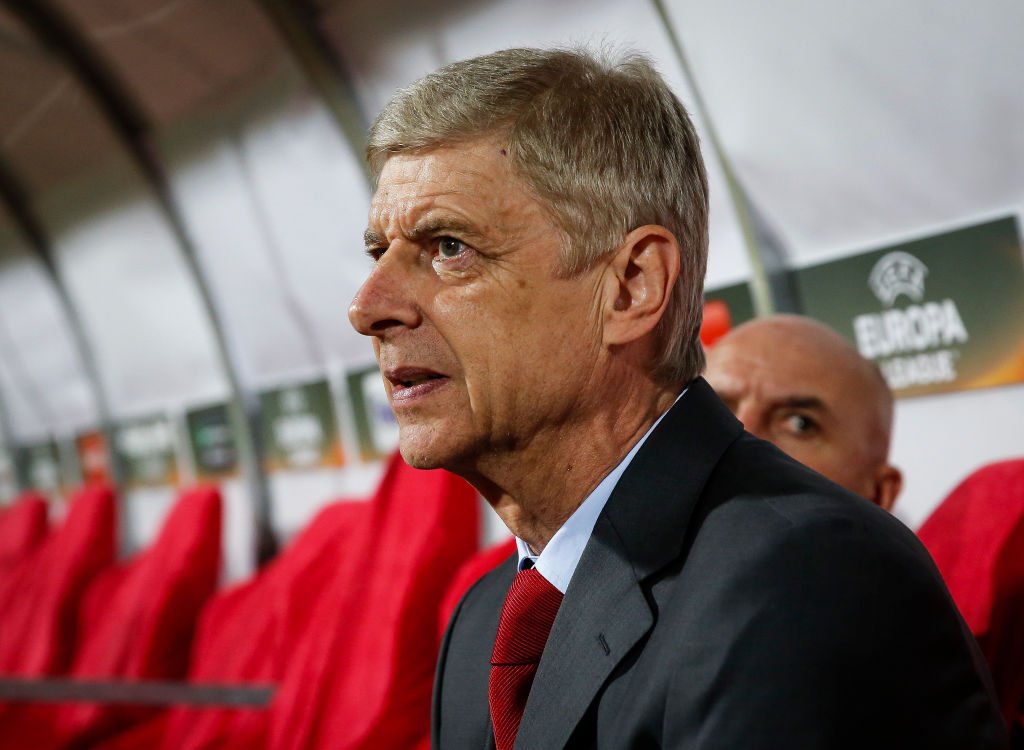 For all Mohamed Elneny’s qualities, he’s not a central defender. The Egyptian played at the centre of the back three and while he looked solid moving forward, his defensive attributes are seriously lacking. He gifted possession away on a number of occasions and was regularly out of position.

He was okay. Rob Holding got caught out of position a couple of times and was particularly exposed down his left flank.

Some good moments from Reiss Nelson. The youngster had a couple of wonderful mazy runs down the Arsenal right. Nelson is at his best when he has the confidence and freedom to try whatever he wants and that crept through at times. 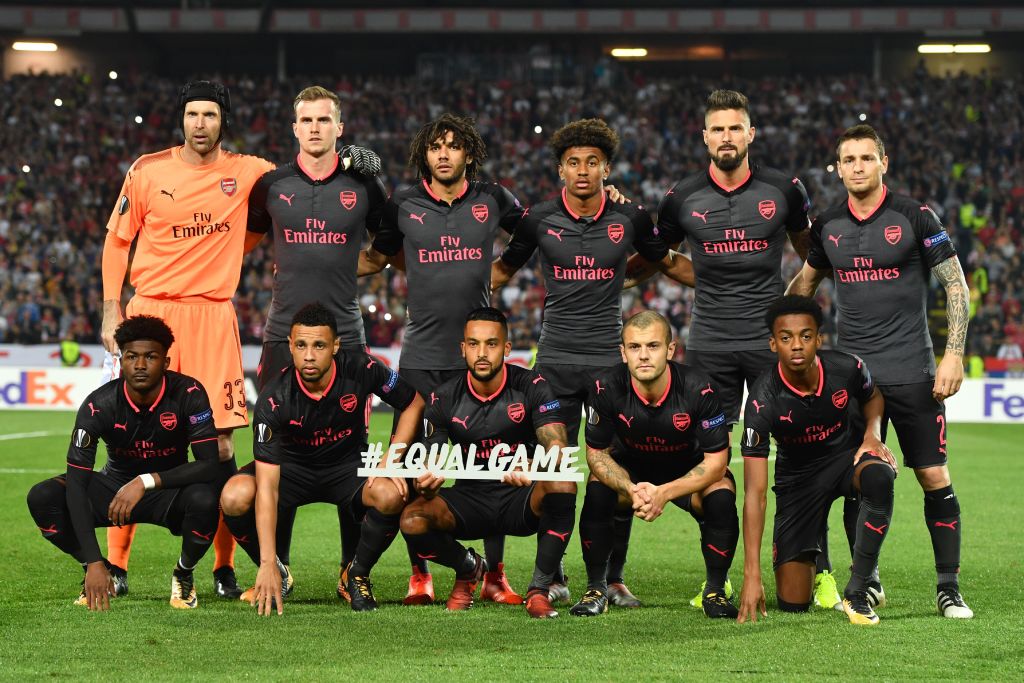 He’s played better during his brief time in the Arsenal first-team. Joe Willock’s passing was a little off and he showed some signs of nervousness in the centre of the park.

There was a little rust which needs to be shaken off for Francis Coquelin. Some shaky passing and buildup play.

Great to see the youngster get his first-team debut but he was barely involved. 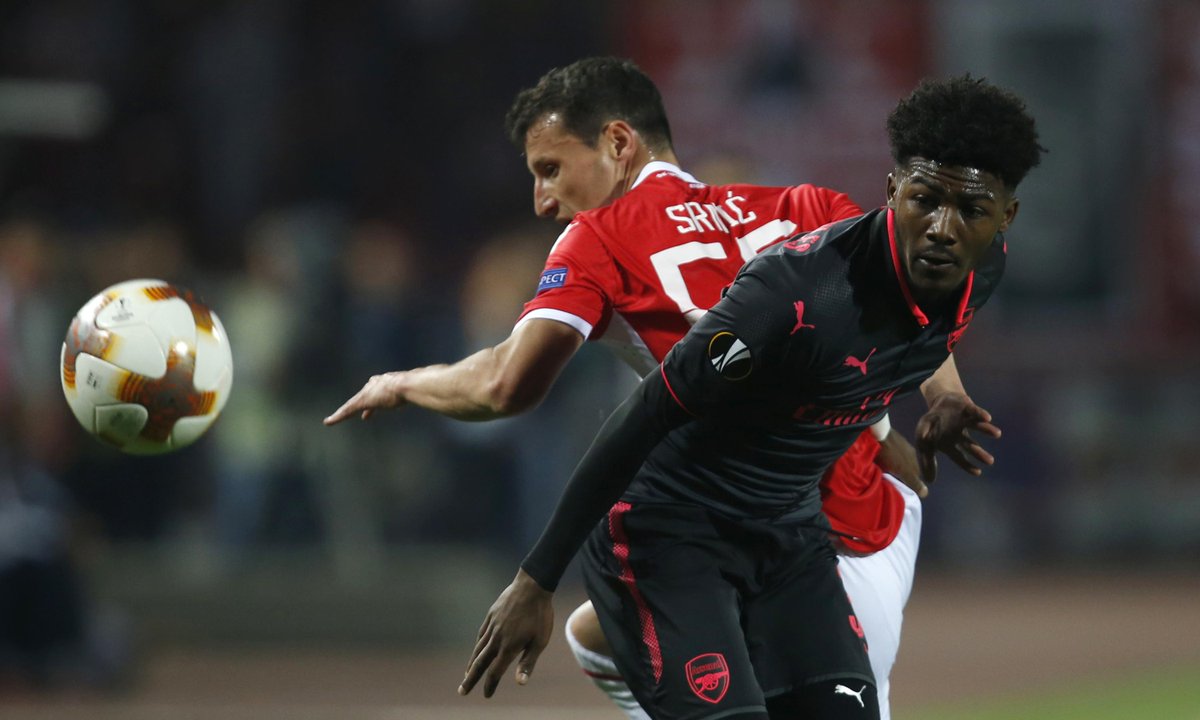 He was a threat at times but drifted in and out of the match. Theo Walcott was out-battled by the Red Star defence for much of this game and missed one golden chance in the first-half. However, he did get his head to the ball to set up Giroud’s crucial goal.

Jack Wilshere grew into this match. The Englishman was quiet in the first-half and on the few occasions he got possession his final ball was lacking. That changed in the second 45 when the midfielder picked up his game. It was Wilshere’s wonderful intricate play in the centre which led to that winning goal. 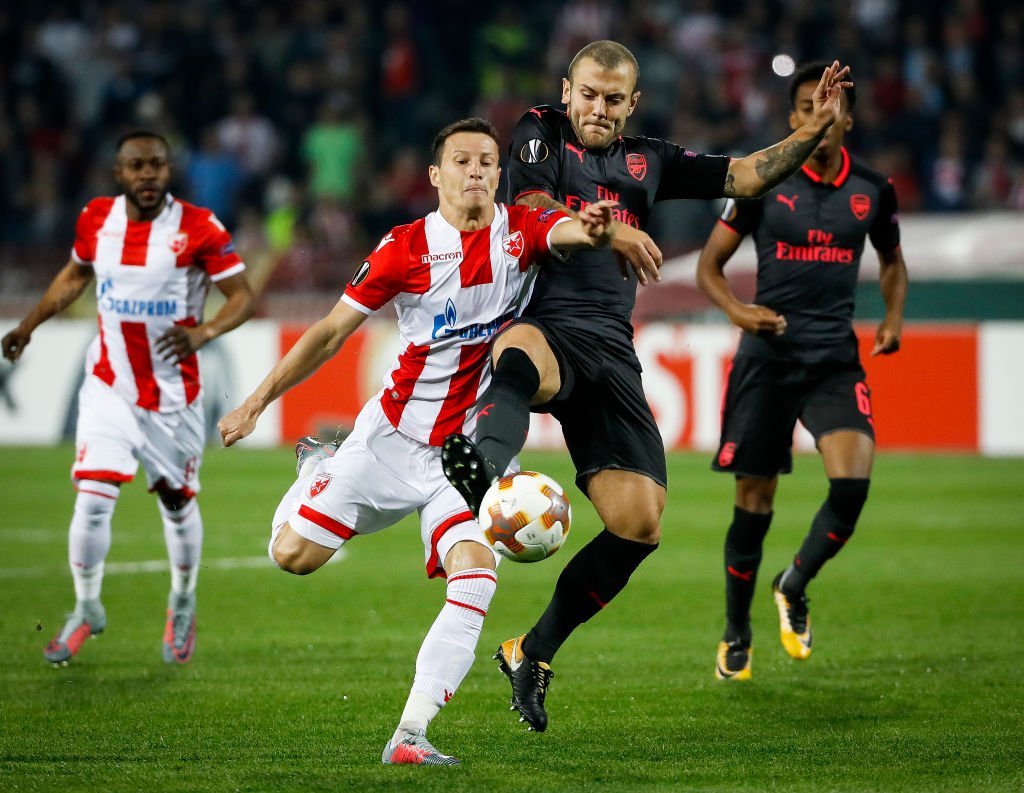 He was quiet and ineffectual for most of the match but Olivier Giroud did what he usually does and popped up with a crucial goal. The Frenchman’s second-half strike was a fine finish.