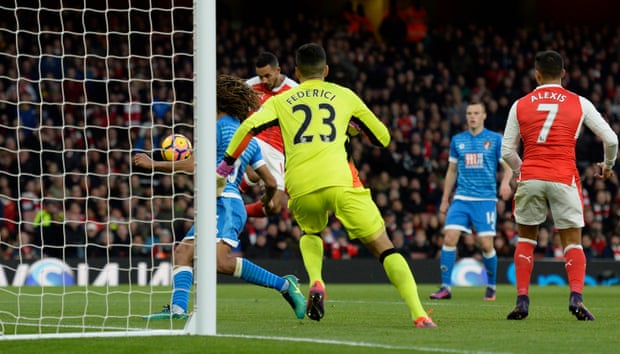 It was a good performance from Granit Xhaka in the centre of midfield. He was solid in defence and showed some exquisite passing at times. Arsene Wenger mentioned in the week that the Gunners had been missing Santi Cazorla’s distribution from deep in recent weeks but when the Swiss international plays this well, Arsenal tick.

A typical Mohamed Elneny performance. His work-rate was undying and the Egyptian both defended and attacked well. He was solid on the ball and can be pleased with his performance.

The German started slowly but grew into the match. Mesut Özil showed some exquisite skill during the buildup to the second Arsenal goal and began dictating the play in the second half.