Arsenal took all three points from St Mary’s for the first time since 2003 courtesy of goals from Alexis Sanchez and Olivier Giroud.

The first-half was hardly a classic. The Gunners created the first half-chance of the match thanks largely to Alex Oxlade-Chamberlain. The Englishman cut inside and cut the ball back to Aaron Ramsey but the Welshman couldn’t get his shot on target.

Southampton eventually grew into the match, creating the best chance of the first 45 just after the half-hour mark. Shkodran Mustafi pushed too far forward in the centre of the back three and a simple ball over the top found Dusan Tadic. Mustafi got back to make an extraordinary tackle on the winger but the rebound fell to Manolo Gabbiadini who forced an excellent save from Petr Cech.

The second-half didn’t get much better and, it seems, the entire evening’s entertainment was condensed into one 10-second period just before the hour. Granit Xhaka threaded a ball through to Mesut Özil whose first-time layoff found Alexis Sanchez. The Chilean took it in his stride before sharply cutting inside, leaving two Southampton defenders on their backsides. Sanchez had the threatening target of Fraser Forster in goal still to beat but the Chilean was the calmest person in the stadium as he slid it under the giant goalkeeper to make it 1-0.

The Gunners pressed forward in search of a killer second goal but had to wait until the last ten minutes. Olivier Giroud only needed three minutes to make an impact. Aaron Ramsey headed the ball back across the face of goal for the Frenchman to make it 2-0 and help take all three points back to London. 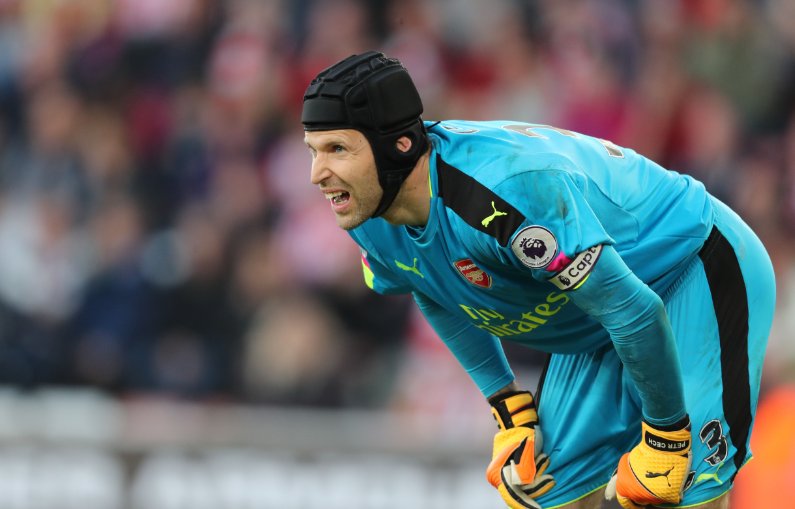 He made a couple of vitally important saves in the first-half to keep Arsenal in the game. Petr Cech put in his second very good performance in a week.

He did well at right centre-back. Arsene Wenger had some kind words for Rob Holding in his pre-match press conference and it’s fair to say the Englishman lived up to it.

Shkodran Mustafi had a considerable amount of rust to shake off. The German hasn’t played much football in recent months and it showed early on. However, Mustafi did grow into the match and put in a colossal second-half performance for the Gunners.

A decent performance from Nacho Monreal. He did very little wrong at left centre-back for the Gunners. 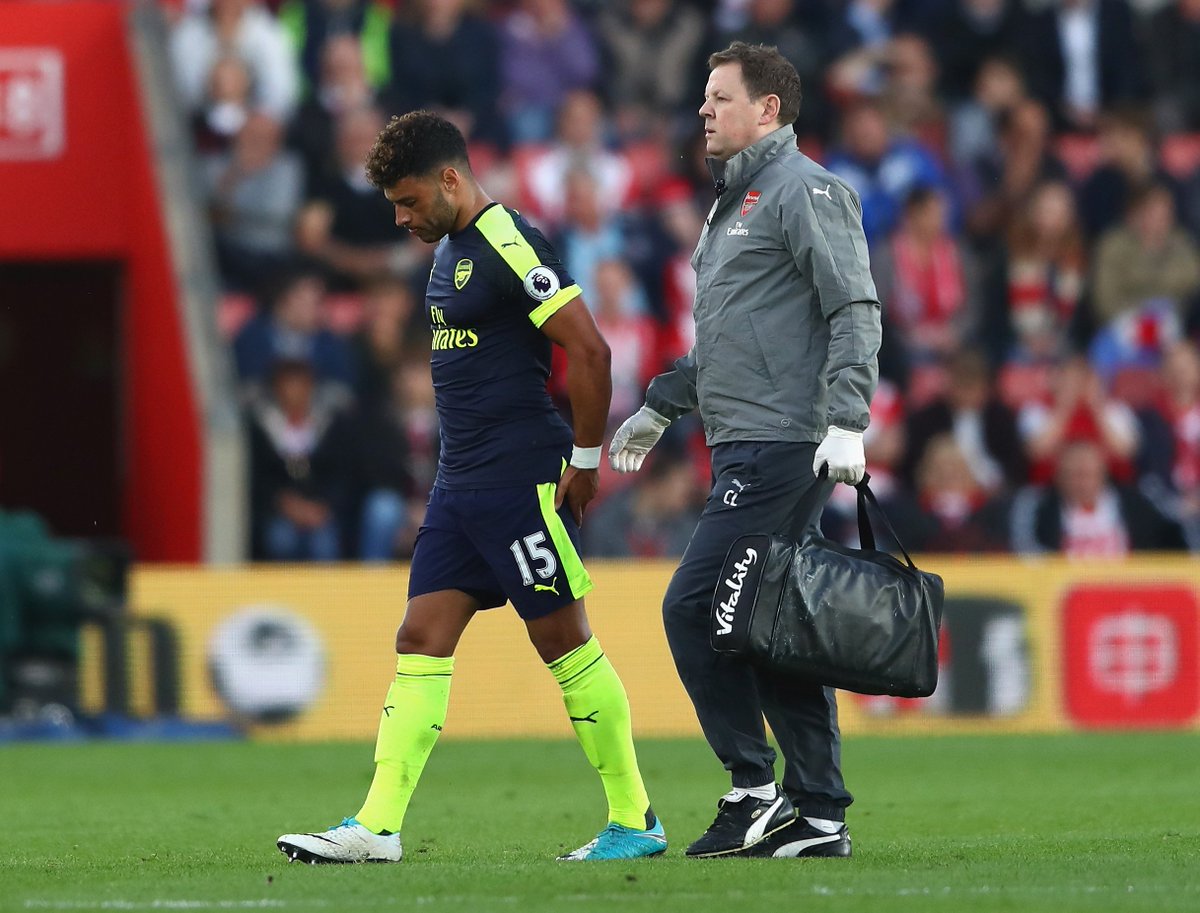 The Englishman look a little tired during his brief outing. Alex Oxlade-Chamberlain was forced and into a lot of defensive work and crossing was poor going forward. However, he still must have been disappointed to come off injured in the first-half.

Hector Bellerin put in a good performance after being brought on to replace the injured Alex Oxlade-Chamberlain. The Spaniard will probably get a lengthy run in the team after the injury and made a solid start this evening.

He looked a little tired. Granit Xhaka has played a lot of football in recent weeks and it showed at times during the match. The midfielder was slow to get out to the ball and wasn’t as readily available for possession as he usually is.

Things didn’t quite work out for Aaron Ramsey this evening. The Welshman also looked a little fatigued but made some exciting attacking runs, particularly in the first-half. Unfortunately, Ramsey couldn’t quite get things right in the final third for the most part. Credit must be given to Ramsey for his excellent crossing header for Arsenal’s second goal.

A slightly frustrating evening for Kieran Gibbs. He attacked well and got into good positions on a number of occasions but his final product was a letdown. 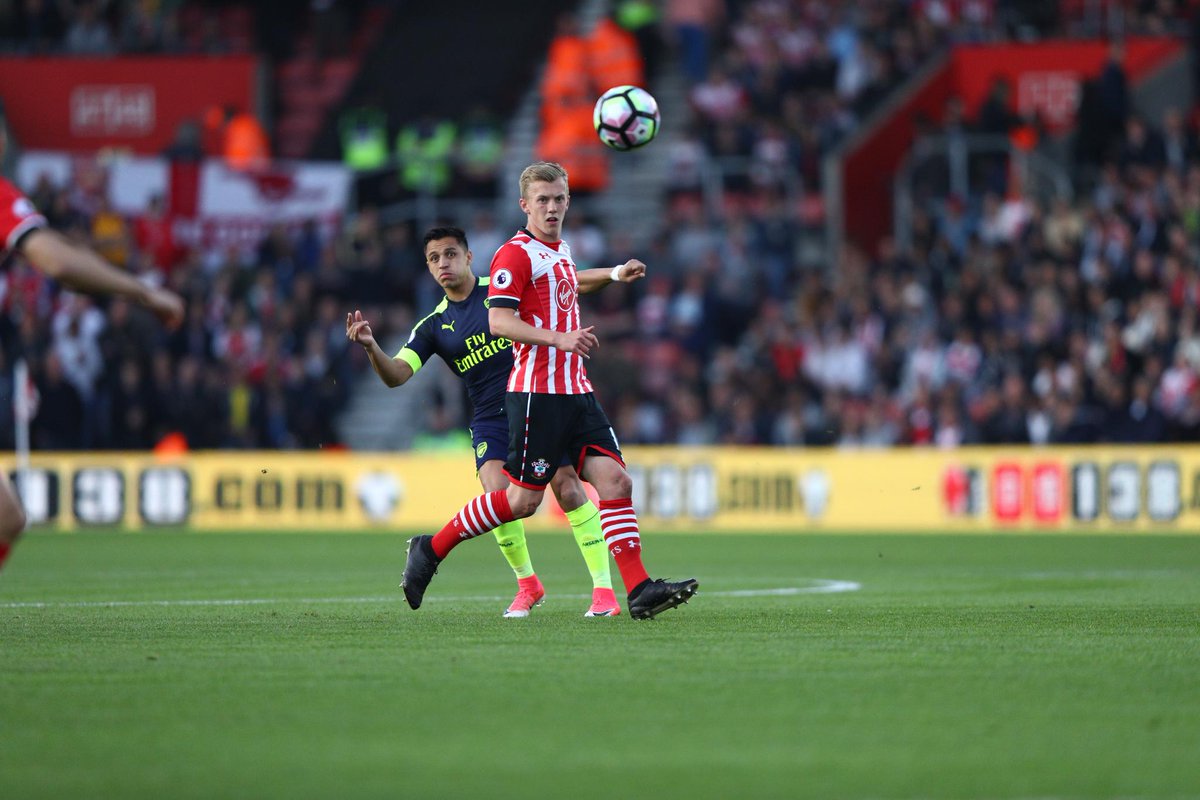 He started slowly but grew in influence. Mesut Özil was anonymous in the first 45 but became decisive in the second with a couple of excellent pieces of play.

It was Alexis Sanchez who saved this game. The Chilean’s wonderfully worked goal on the hour mark put some much-needed quality into this match and helped the Gunners to all three points at St. Mary’s.

A bit of an ineffectual performance from Danny Welbeck. He worked hard put couldn’t really influence as much as he wanted.

A good performance from Olivier Giroud. He got the all-important second goal which gave the Gunners all three points at St. Mary’s.