Arsenal secured top spot in Group F of the Europa League with a 3-0 victory over Vorskla Poltava.

Arsenal needed to better Sporting CP’s result tonight in order to secure top spot in the group and things got off to a good start for the Gunners.

Some nice build-up play down the right flank saw Aaron Ramsey and Eddie Nketiah combine for a chance. The young striker mistimed his touch and the ball fell straight into the path of Emile Smith Rowe who found the back of the net.

The Gunners started to control possession in the moments which followed and one particularly lengthy passing move resulted in Ramsey picking up the ball in the box. The Welshman turned and stood up to the defender who brought him down and the referee pointed straight to the penalty spot. Ramsey himself stepped up and made it 2-0.

Arsenal were comfortable despite their much-changed team and made the points safe before the half was out. Joe Willock found some space on the edge of the box but seemed to take too long on the ball. That didn’t seem to matter to the youngster as he cut in on his right foot before curling the ball into the far corner of the net to get his first Arsenal goal.

With the job seemingly done, Arsenal closed the game off after the break. The Gunners didn’t seem overly keen on adding to their three goals but managed to get the ball in the back of the net nevertheless.

Stephan Lichtsteiner put a simple cross into the box which wasn’t dealt with particularly well by the home side. The ball bobbled through and Smith Rowe was on hand to find the back of the net. The youngster celebrated his second of the night but it wasn’t to be as the referee awarded a Vorskla freekick for offside and the goal didn’t stand.

Arsenal created another few decent opportunities in the closing thirty minutes but seemed content with the scoreline. They maintained the 3-0 scoreline to take the three points back to London.

Petr Cech was barely tested. The Czech stopper had a comfortable evening in goals with his biggest challenges coming from some early crosses and half-chances.

He was in decent form after coming back into the team. Stephan Lichtsteiner was playing his first game back after a muscular injury but looked comfortable.

Carl Jenkinson impressed. The Englishman has played for Arsenal in the last couple of years, let alone in the centre of defence but still impressed. He kept his position and was solid on the ball. 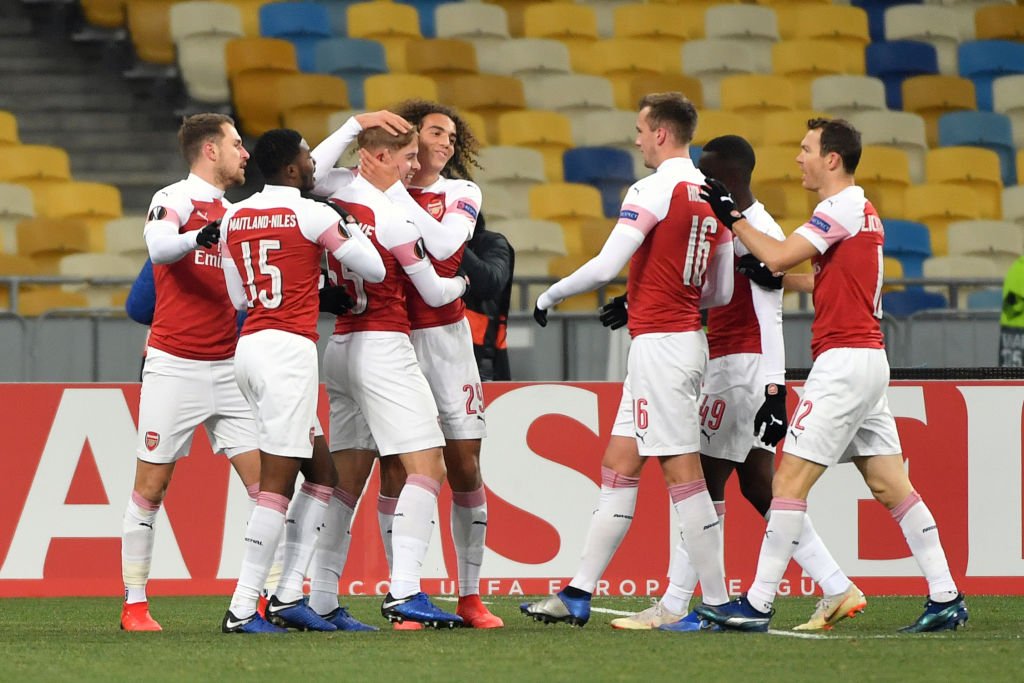 Rob Holding put in a solid performance. It won’t be the toughest match of his career and it was cut short, presumably because he will be playing in Sunday’s North London Derby.

An impressive cameo appearance from Zech Medley. The youngster was hugely composed in possession but didn’t have to do a great deal of defending.

Ainsley Maitland-Niles played well. The youngster is still recovering from that fracture but looks back to his best. He linked up well with Smith Rowe down the left and attacked well.

Another typically composed performance from Matteo Guendouzi. The young Frenchman did lose possession a few more times than we’re used to but he can still be pleased with his efforts.

Mohamed Elneny played well. His best moments came in defensive areas but he can be pleased with his night.

Joe Willock did well for the Gunners. The youngster drifted into various attacking areas but always looked a threat. 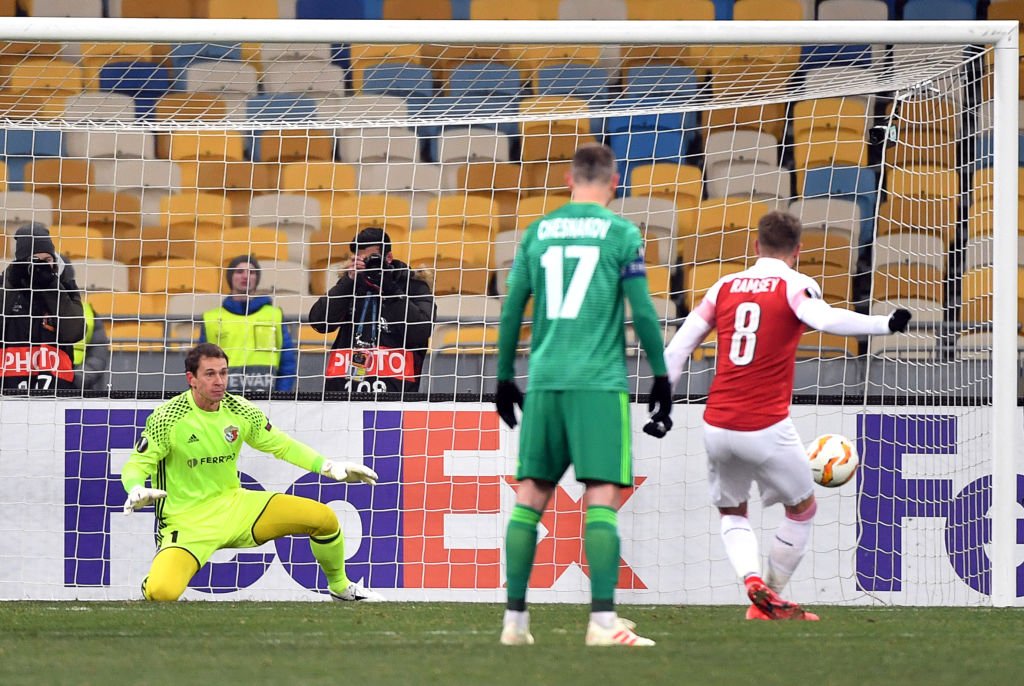 He played well. Aaron Ramsey was one of the standout players for Arsenal on the night, showing some good linkup play with the rest of the attacking players. Most of what Arsenal did well in attack came through the Welshman.

He looked fairly sharp and created a decent opportunity for himself.

Emile Smith Rowe was the best player on the pitch tonight. The youngster continues to impress in European competition and added another goal to his tally this evening. His link-up play was good but he also tracked back well to help out his midfield. 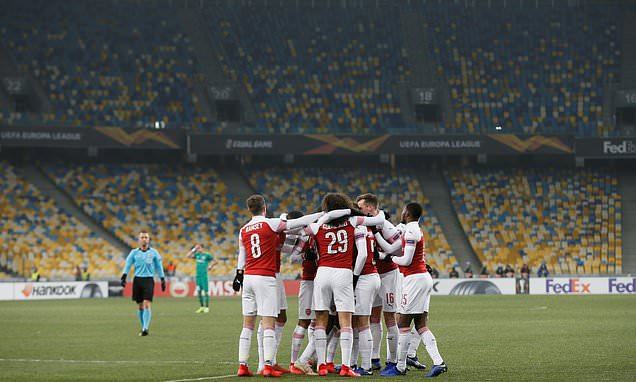 Eddie Nketiah can be fairly pleased with his night. The youngster will be disappointed he didn’t find the back of the net but his overall efforts were good enough. The usually instinctive forward did seem to take a few too many touches whenever he found space in attacking areas.