Arsenal were left frustrated at the Hawthorns after a contentious late penalty was awarded to West Brom.

It was a first-half to forget for everyone at the Hawthorns. The match certainly had that festive period feeling despite the fact that it was only the Gunners’ second fixture in nine days.

The passing was negative and lacked penetration from both sides meaning chances came at a premium. West Brom certainly didn’t perform like a side worthy of their woeful run of recent results as they pressed high and really forced mistakes from Arsenal.

The second-half went on in the same fashion as the first. Neither side could really fashion an opportunity and when they eventually came, they were via set pieces.

Alexis Sanchez stepped up to hit a free-kick for the Gunners with less than ten minutes on the clock. The ball took a wicked deflection off James McClean and into the back of the net.

But the drama wasn’t over at the Hawthorns. Just a few minutes later and the home side went on a rare venture forward. Former Arsenal man, Kieran Gibbs cut the ball back from the byline and it deflected off Calum Chambers’ hand.

It undoubtedly hit the defender on the arm but it was a hugely soft decision from Mike Dean to award the penalty. Jay Rodriguez converted to make it 1-1 and conclude 2017 in a hugely frustrating way.

He dropped a couple in the first-half and looked like he picked up an injury but continued on in this match. Petr Cech’s performance lifted slightly in the second-half.

He did well. Calum Chambers can be pleased with his run in the first-team in the last couple of weeks. He was hugely unfortunate to concede that late penalty.

A bit of a mixed bag. Shkodran Mustafi was fine on the ball but seemed to mistime a lot of his tackles. He looked especially exposed when forced out wide. 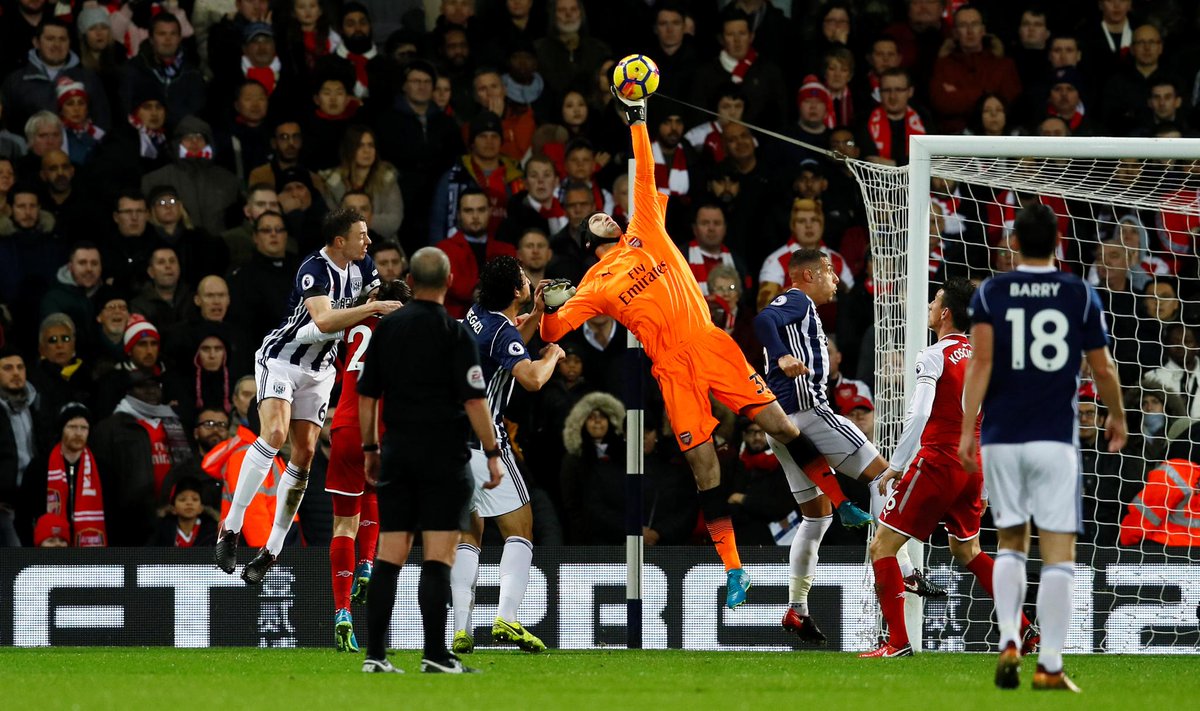 He was okay. Laurent Koscielny put in a decent performance before being replaced with what looked like an injury.

He was fine after coming on.

He was the weaker of the two in the centre of the park. Granit Xhaka was decent but his passing was a little too safe to suit the match.

Jack Wilshere put in a fine performance in the centre of midfield. The Englishman was one of the sole sources of creativity this evening and can be pleased with his performance on the whole. 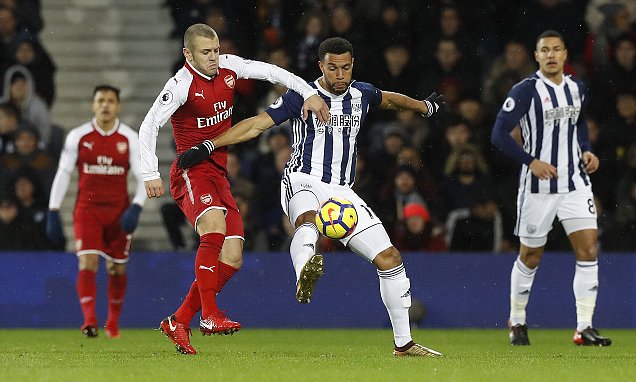 He didn’t last long but Sead Kolasinac hardly covered himself in praise. He looked sloppy defensively and quiet moving forward before coming off with a presumed injury.

He did well. Ainsley Maitland-Niles has played a fair amount of football of late and that should continue with the injury to Sead Kolasinac.

Alex Iwobi was quiet this evening. The Nigerian hasn’t impressed in recent weeks when standing in for Mesut Ozil and that continued.

Another slightly frustrating but ultimately fruitful performance from Alexis Sanchez. The Chilean’s passing was woeful at times but he stepped up to grab the only goal for the Gunners.

Alexandre Lacazette had a frustrating evening of football despite playing the full 90 minutes. He had his moments but the Frenchman will be disappointed.