Arsenal lost to West Ham United after a Declan Rice goal just after halftime was enough.

It was an open and end-to-end first half at the London Stadium. Both sides were keen to attack which left a considerable amount of space in key areas of the pitch.

Arsenal saw a great deal of success moving behind West Ham’s midfield and created a couple of good opportunities which went untaken by Pierre-Emerick Aubameyang and Alexandre Lacazette.

The Frenchman had more than a few chances to break the deadlock but couldn’t find a way past former Arsenal goalkeeper Lukasz Fabianski.

At the other end, Felipe Anderson had a decent shot which flew wide before midfielder Declan Rice squandered the best chance of the match when he headed wide from a corner.

The second half started very much as the first ended with West Ham looking like the better side. A corner came in from the home side and Granit Xhaka failed to clear his lines as West Ham regained possession and slid a pass in for Declan Rice to open the scoring.

The Gunners needed to push forward in search of an equaliser but really struggled to find a way through the West Ham backline. Aaron Ramsey was brought on to try and find some creativity but couldn’t come up with an answer.

But the visitors did have chances. Pierre-Emerick Aubameyang had a couple of good openings which were wasted and the Gunners had a couple of goals rightly ruled out for offside. But the game ticked away as Arsenal lacked the final pass to secure the win.

A quiet one. Bernd Leno didn’t have a great deal to do and can’t be blamed for the West Ham goal. His distribution was usually fine if a little safe.

Ainsley Maitland-Niles will not be pleased with his performance. The youngster started at right wing-back but struggled with the intensity of the match as well as the defensive work which was required. He looked a little more comfortable in attacking areas but wasn’t good enough.

Shkodran Mustafi put in a solid performance. The German defended well and was impressive on the ball with some good balls in between the lines for his team.

He didn’t make enough of an impression on the match. Aaron Ramsey should have found a great deal more space than he did during the match.

He played really well. Sokratis Papastathopoulos put in another solid performance in the centre of defence, covering the rest of the defence well. The Greek defender also managed the threat of Andy Carroll well.

He played well. Like the rest of the back three, Laurent Koscielny was solid for the vast majority of the match. The Frenchman looked back in form.

A mixed performance. Sead Kolasinac didn’t carry the same attacking threat he has for the Gunners in recent weeks, struggling for space in attacking areas. 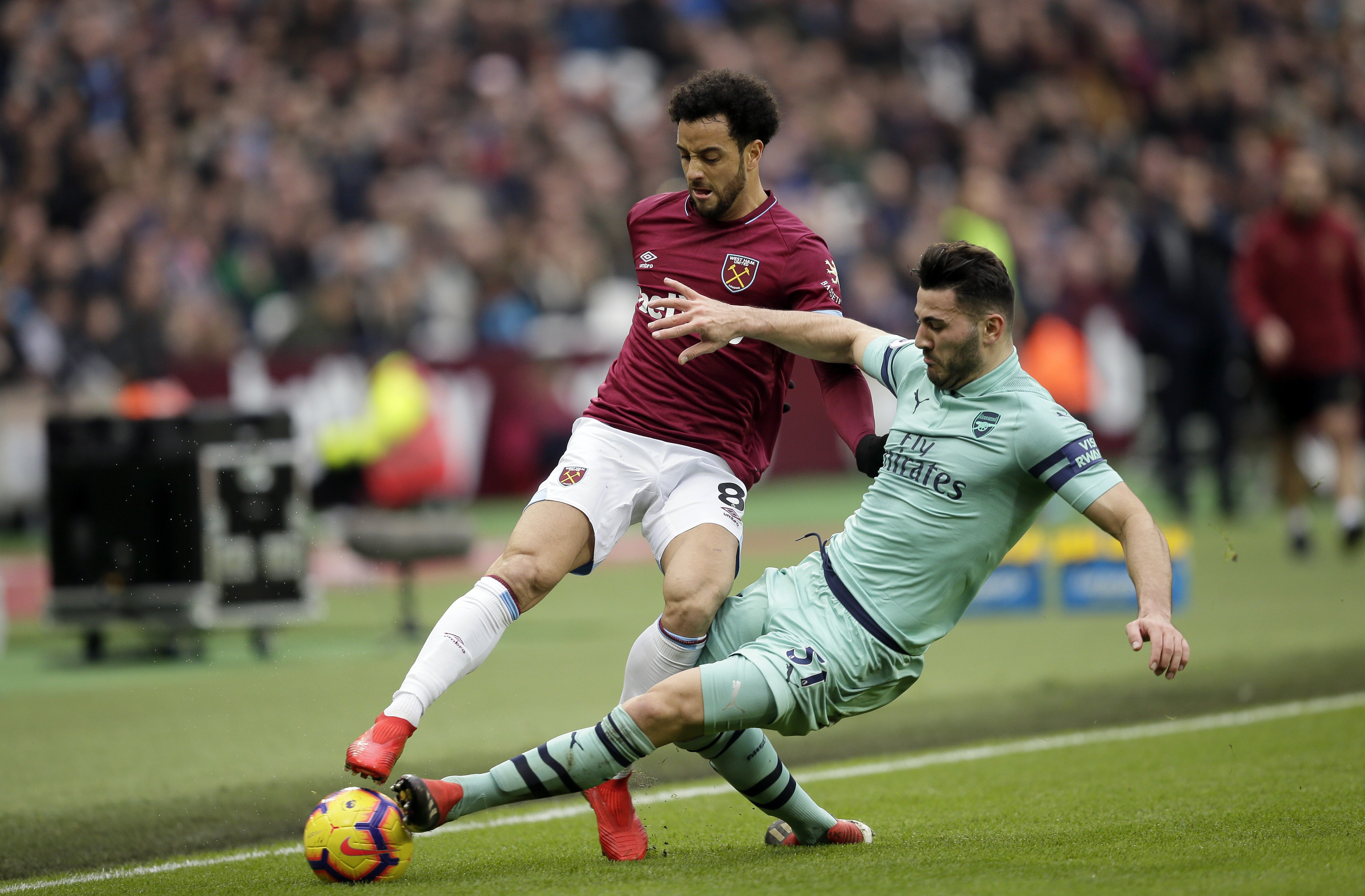 He really struggled at times today. Granit Xhaka was poor in midfield, struggling to find much time on the ball to pick the passes as we are so used to seeing him do.

He was fine. Lucas Torreira looked sharp enough after coming off the bench which raised questions as to why he didn’t start the match.

Matteo Guendouzi was lively and 90% of his performance was impressive. He moved around the pitch well and was always available for the ball but his final pass really disappointed. The Frenchman misplaced or overhit a number of passing opportunities at key moments today.

He was okay. Alex Iwobi was perhaps the most consistent performer in Arsenal’s front three. The Nigerian international showed a willingness to attack the opposition and was creative at times. 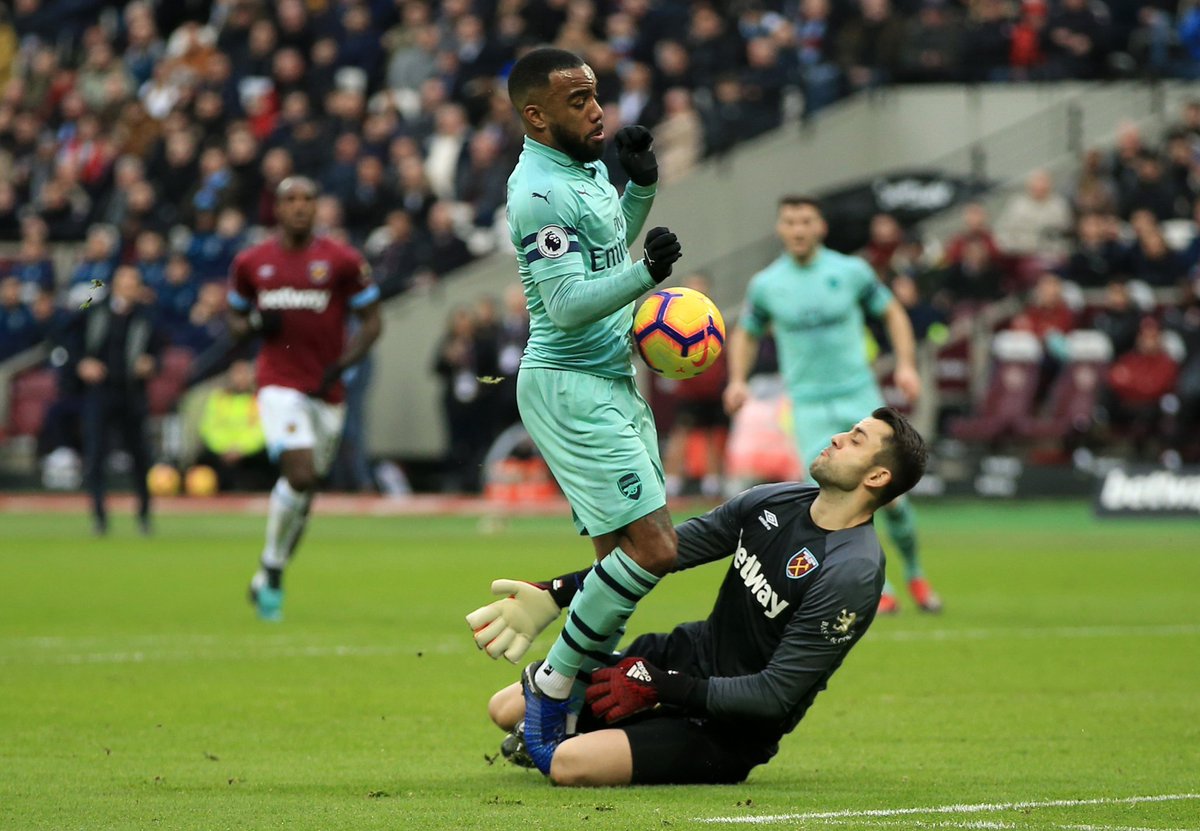 He will be disappointed with his performance. Pierre-Emerick Aubameyang just couldn’t finish his chances today, squandering a number of really good openings. The Gabonese striker was also a little careless in possession.

He was Arsenal’s best player for much of the first half but didn’t seem to get a touch after the break. Alexandre Lacazette’s influence on the match completely disappeared.