Premier League football has finally returned after the international break and Arsenal take on Southampton at the Emirates. There are new signings, returning players, and generally a lot of optimism from Arsenal fans ahead of the match against the Saints. 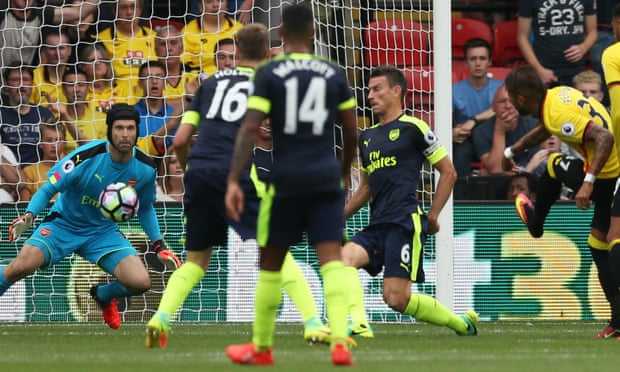 Petr Cech will retain his place in goal. The 34-year-old is one of the first names on the team sheet for Arsene Wenger and should keep his place again this week.

Another of the first names on the team sheet is Hector Bellerin. The young Spaniard continues to put in consistent performances for the Gunners and should play again on Saturday.

Arsenal’s vice-captain will undoubtedly keep his place for the match against the Saints. Laurent Koscielny has had a very impressive start to the season and Gunners fans will hope it continues.

We expect the new signing Shkodran Mustafi will be handed a start this weekend. The German completed his move last week and we expect he will slot in alongside Laurent Koscielny in the centre of the defence.

Arsenal’s Spanish left back should keep his place in the team. Nacho Monreal didn’t have the best match against Watford last time out and will hope for better against the Saints.