It’s game number two and last season’s top two sides face off at the King Power Stadium. It’s rare for the top two to both lose their opening match of the following season but that’s what we’re faced with. Arsenal of course ran out 4-3 losers to Liverpool while Leicester were beaten 2-1 by newly-promoted Hull. 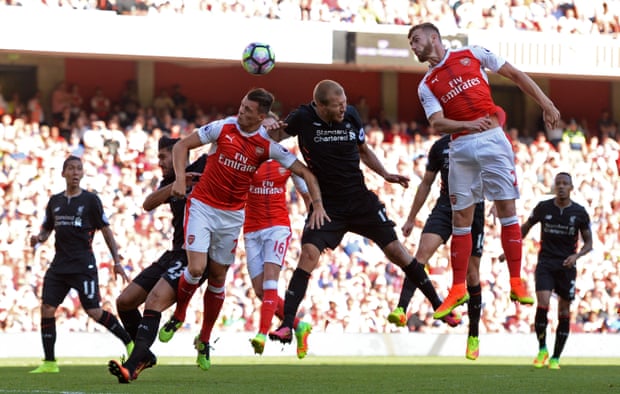 The Arsenal number one will undoubtedly get the nod in goal despite conceding four on opening day. It’s difficult to blame Cech for any of the Liverpool goals but he will still be disappointed. Let’s just hope the Czech stopper isn’t driving the team bus.

Arsenal’s young Spaniard will start at right back. It’s doubtful whether Mathieu Debuchy will ever disperse Hector Bellerin in the Arsenal back four and expect nothing to change on Saturday. He’s performed excellently well in the last year and will look to keep it up this season.

We expect Laurent Koscielny to come back into the Arsenal back four. The Frenchman was given an extended rest by Arsene Wenger following the European Championships but the Arsenal boss said in Thursday’s press conference that the centre back is the likeliest of the three returning players to feature.

Calum Chambers should get the nod ahead of Rob Holding and play against The Foxes. The former Southampton man certainly has the edge on experience at this level which will come in handy against last season’s title winners.

Much like on the right, Arsenal will undoubtedly line up with a Spaniard at left back. Nacho Monreal has been one of Arsenal’s most consistent performers in recent years and should get the nod on Saturday.