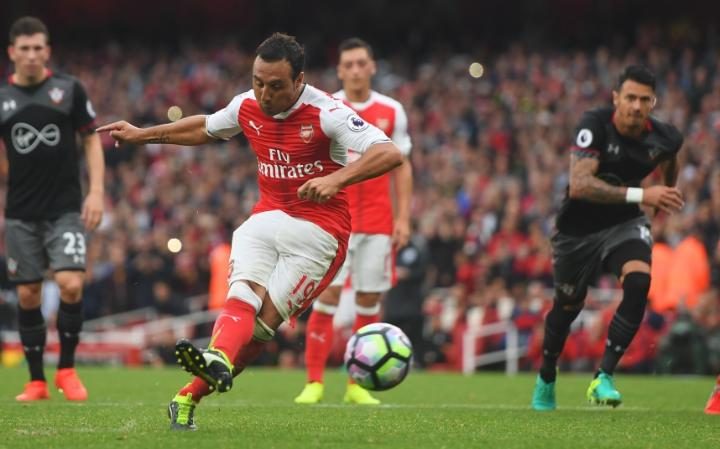 The midfielder was rather surprisingly dropped for Saturday’s match against Southampton so we expect Granit Xhaka to come into the midfield. There is a mouth-watering possibility of watching Xhaka compete with PSG’s Marco Veratti for control of the midfield.

He scored the late winner on the weekend and we expect Santi Cazorla to start for Arsenal on Tuesday night. It was a toss-up between the Spaniard and Mohamed Elneny and Francis Coquelin but Cazorla’s ability on the ball just edged out the pair.

Arsenal’s star man will undoubtedly take to the field on Tuesday night. Özil didn’t have his best match against Southampton on the weekend but has proven his quality in the Champions League time and time again in recent years.

Arsenal are close to signing €80m midfielder for a ‘reduced price’