Olivier Giroud and Aaron Ramsey helped Arsenal come from behind to reach the fourth round of the FA Cup. Giroud scored another big late goal after a woeful first half for the Gunners at Deepdale.

Both teams struggled to make an impact on the match early on but it was the home side who took the lead. An excellent run from Aiden McGeady led to a defensive mix-up in the Arsenal box. Nacho Monreal cut out a through ball but it fell straight to the feet of Callum Robinson who had a tap-in at the back post. After that, things only got worse for the Gunners defensively. The home side

After that, things only got worse for the Gunners defensively. The home side were given a couple of excellent chances, mainly through the complete mistakes from the visitors. Robinson had a header blocked by Shkodran Mustafi before the striker failed to find his strike partner Jordan Hugill with a seemingly simple square ball.

The Gunners started creating their own chances after that. Aaron Ramsey overplayed it in the box when perhaps he should have shot and Olivier Giroud hit a chip just wide.

Half-time came and went and the Gunners were glad to see it. Arsene Wenger must not have been happy in the dressing room because the visitors came out a different side. Alex Iwobi laid the ball off to Aaron Ramsey on the edge of the Preston box. The Welshman steadied himself before unleashing a powerful drive past the goalkeeper.

The Gunners controlled the second half but didn’t exactly create many chances. Things looked to be going to a replay until Lucas Perez and Olivier Giroud combined. The Spaniard was played in and reach the byline before playing a back heel for the onrushing Giroud. The Frenchman did what he does and the Gunners were through to the fourth round. 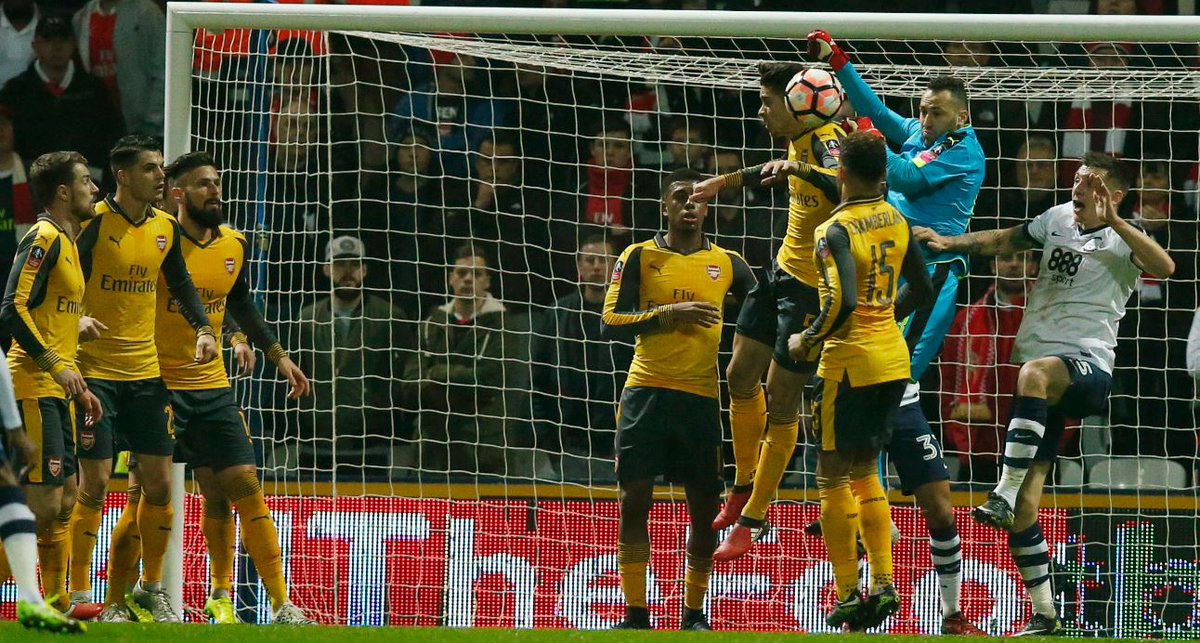 He flapped at a number of crosses but was otherwise fine. David Ospina made a couple of decent saves and could do very little about the goal.

He struggled out there but considering his age and experience, perhaps should’ve been given more help from his teammates. As the game went on, Ainsley Maitland-Niles grew into it and recovered quite well from his shaky start.

Didn’t have enough time to make an impact.

He did not have a good match. Gabriel Paulista’s positioning was erratic and his decision-making wasn’t much better. He did well in Shkodran Mustafi’s absence but he certainly isn’t the strongest option Arsenal have at centre-back.

It was a surprise to see the German starting and he has certainly put in better performances. Shkodran Mustafi had a shaky start but did grow into the match.

It was his misplaced tackle which led to the Preston goal but it’s difficult to blame Nacho Monreal for it. The Spaniard put in a good performance in the second-half.