Arsenal take on Manchester City at Wembley with an FA Cup final place on offer for the winner. Here’s how we think the Gunners will line up. 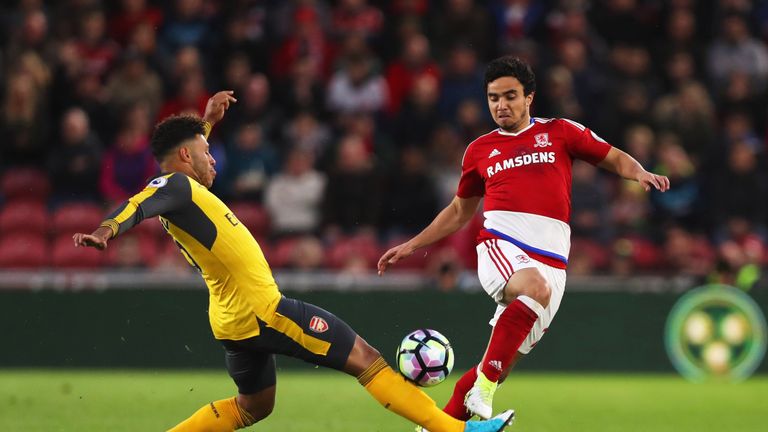 Petr Cech should keep his place in goals. David Ospina has played in cup competitions this season but the Colombian is expected to miss the match.

After being dropped to the bench last Monday, we predict a start for Hector Bellerin. Alex Oxlade-Chamberlain took the right wing-back position against Middlesbrough but Bellerin is more suited to the right-back position in this formation.

Laurent Koscielny will undoubtedly start. The Frenchman has only just recovered from injury but should be fit enough to play.

With Shkodran Mustafi set to miss the match with an injury, we think Gabriel Paulista will get the starting spot in defence. Rob Holding put in a good performance on Monday but Wenger should be persuaded by Gabriel’s experience.

Nacho Monreal will undoubtedly keep his place at left-back. It was slightly surprising to see the Spaniard named ahead of the more forward-thinking Kieran Gibbs at wing-back against Middlesbrough. However, that could be an indication of what could happen next season with a new left-back rumoured to be coming in.

Dani Ceballos’ one word response to ‘bust up’ with Arsenal teammate