Arsenal travel to West Brom for the early fixture on Saturday. It’s a must-win match for Arsene Wenger and Arsenal and we think the Frenchman will make a couple of changes to the side which got past Lincoln City last weekend. 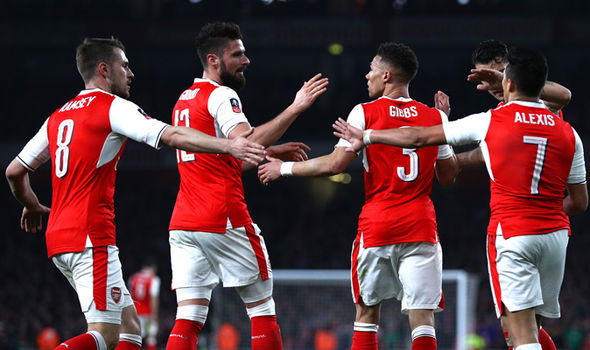 The Czech stopper will undoubtedly start against the Baggies. It was a surprise to see Petr Cech’s name in the starting lineup last weekend and the former Chelsea man will be looking for more of the same.

Amid the speculation over his future, Hector Bellerin should keep his place at right-back.

There’s little doubt that Laurent Koscielny will play. The Frenchman will need to be at his best to stop an effective West Brom attack.

Shkodran Mustafi should partner Koscielny in defence. The German has had a tough couple of week and will want to put that behind him with a good performance.

With Kieran Gibbs potentially missing out, Nacho Monreal will surely start. The Spaniard probably would’ve been tested for his place by Gibbs had he been fit.