Arsenal take on Atletico Madrid in the Europa League semi-final this evening and we think changes are incoming for the starting team.

Here’s how we think the Gunners will line up for this huge match.

This is a tight call. Petr Cech has played in the Premier League and David Ospina has featured in cup competitions all season. That changed against West Ham United on the weekend and it should change again this evening.

Shkodran Mustafi will start and will need a massive performance. 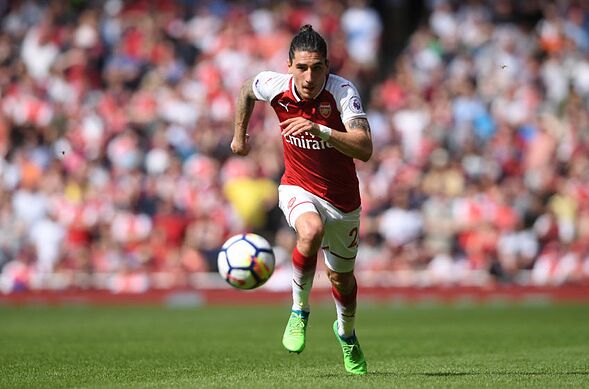 He’ll play but will be walking the tightrope with his injury.

Aaron Ramsey should drop a little deeper and play alongside Granit Xhaka in this match.

He’ll play after returning to training earlier this week.

It’s a toss-up between Jack Wilshere and Alex Iwobi but Wenger will presumably go with the more experienced midfielder.

Alexandre Lacazette will lead the line and be hoping for a goal or two against the club he almost joined last year.