Arsenal take on West Ham United at the Emirates this evening but will have to do so without a number of crucial first-team players. The Gunners need to win in order to keep up with the chasing pack in the race for the top four but Arsene Wenger’s team will start with third-choice Emiliano Martinez in goal. 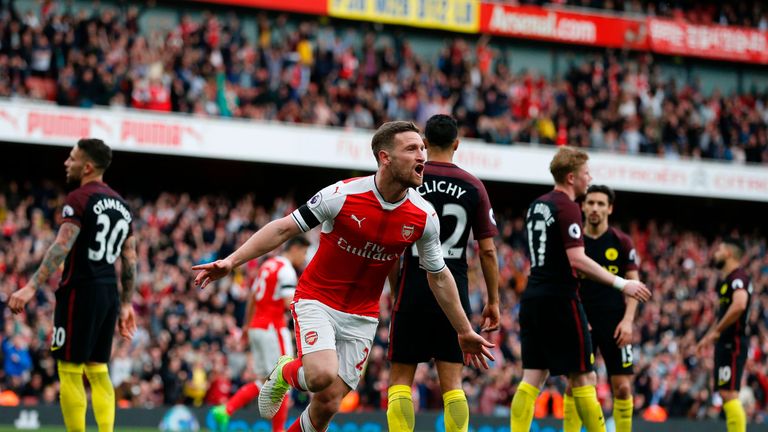 The big story is, of course, the injuries to both of Arsenal’s first-team goalkeepers. David Ospina and Petr Cech are both ruled out of the match which means that Emiliano Martinez will have to deputise. The Argentinean hasn’t started for Arsenal since way back in 2014, in a 3-2 defeat to Stoke City.

The Spaniard will undoubtedly start at right-back. Hector Bellerin put in a decent performance against Manchester City and will want to kick on for the remainder of the season.

Following the injury to Laurent Koscielny, we predict a start for Gabriel Paulista at centre-back. The Brazilian was brought on for Koscielny against Manchester City and played well.

Shkodran Mustafi will undoubtedly start and the German will need a massive performance this evening.

Nacho Monreal should keep his place at left-back and faces a tough test.